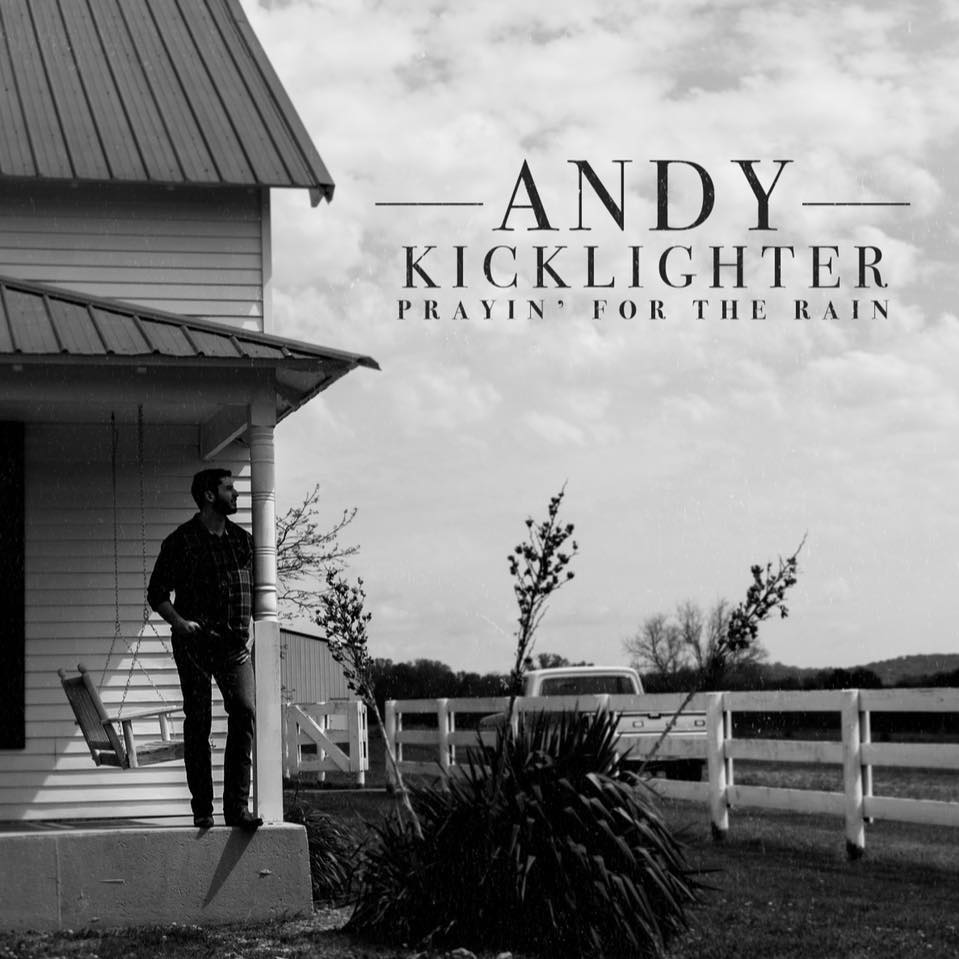 You only get one chance to make a first impression, and Andy Kicklighter has seized his opportunity with the release of his debut EP, “Prayin’ for the Rain.”

Kicklighter gave fans “One Less Fish” in July of 2018 to hold them over until the release of the EP, which was released at the end of April.

Here is your chance to get to know Kicklighter, learn about the stories behind all five songs that will be on the EP, and hear each song! 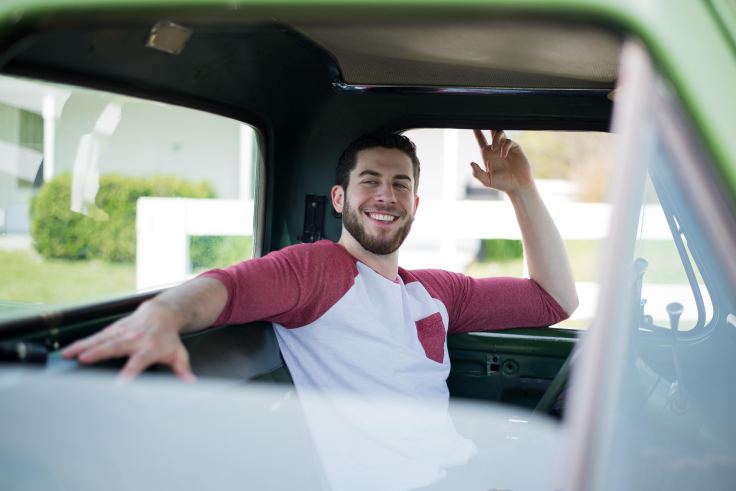 Andy Kicklighter: This is such a tough question. I think if you asked me this question at different stages in my life, you’d always get a different answer. But as far as who has influenced my sound and style the most, I could narrow it down to Alan Jackson, Josh Turner, and Brad Paisley.

PC: Was there a specific moment you knew you wanted to make music?

AK: ’m pretty sure I came out of the womb playing air guitar. I would walk around the house pretending to play, and when I was about 3 years old, I would walk around just making up songs about whatever I was doing. My family is all pretty musically inclined. My grandma played piano in church, my parents were in the choir, my sister sings as well, and she actually has one of the best voices I’ve heard (and I’m not just saying that). So, I guess I was always just exposed to music. I was involved with playing guitar at church, and I sang with the choir too, or I would join the church plays and stuff like that. I guess the moment I decided that I really wanted to invest in to making my own music was when I was a senior in high school. I just felt that I had the talent that the Lord has given me, and I wanted to use it to do something. Even if I never end up as a big-name country artist or anything, I felt compelled to at least try, and write what’s in my heart and put it out there.

PC: Were you feeling any pressure- internally or externally- as you were preparing to release the “Prayin’ for the Rain” EP?

AK: To be honest with you, I’m not feeling much pressure at all. When I first moved to Nashville 4 years ago, I stressed myself out so much by trying to figure out what I should be doing, or trying really hard to force myself to write a certain way. This EP was just me not worrying about anything, and putting out what was in my heart. I have no expectations of what will come from this EP. My only goal with it is to put out the music that I wanted to make. I hope that whoever listens to it enjoys the music and that the songs resonate with them somewhere in their hearts. 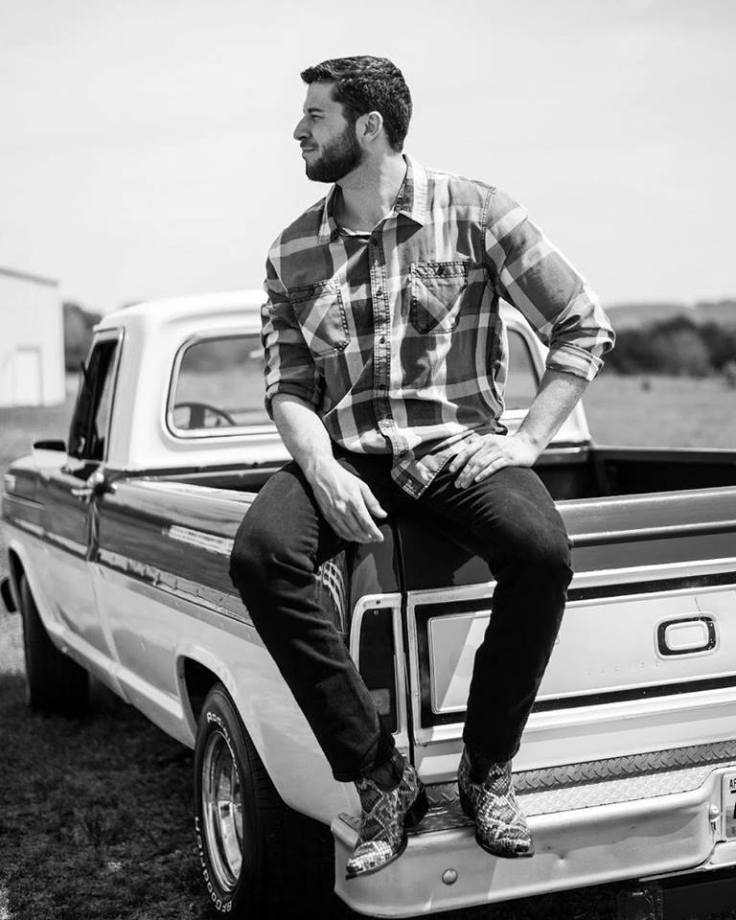 PC: “Fixer Upper” is a great start to the EP. Can you talk about the writing process of that song?

AK: I wrote “Fixer Upper” the day two of my good friends got married. I just remember leaving the wedding and weddings always bring up romantic feelings to me, as sappy as that sounds. I just had the thought that I wanted to be married, but I wasn’t exactly a guy who may have been ready to be married at the time. Then the idea came of painting a picture of me being a little bit rough around the edges, but having a girl who isn’t afraid of that, and sees the beauty of imperfections and wanting to build that up rather than being pushed away by it.

PC: “One Less Fish” is a fun song with some great wordplay. What went in to the decision to releasing this song first from the EP?

AK: I wrote this song with my good friend, artist, and writer here in town, Jeremy Edward. He and I had written quite a few songs up to this point. I had the idea of the hook and the chorus. I wanted to make it really fun and light-hearted. Jeremy helped me bring that to life with some clever verses and wordplay. I thought that this was a song that had some familiar traditional feels to it, and I wanted the instrumentation of the song to really just bring forth a vibe that listeners can relax and just have fun with. My producer, Garrett Miller, killed it. I also had some amazing players on the track and EP. Tyler Tomlinson brought the chicken pickin’, Ross Holmes did phenomenal fiddle work, and Smith Curry laid down the pedal steel .

PC: “Prayin’ for the Rain” is one of the standouts on the EP. Can you talk about the inspiration behind that song and why you decided to name the EP after it?

AK: “Prayin’ For the Rain” is my favorite song that I’ve written. The idea came to me after a long period of my life where things were just really hard and I had been down on myself. I don’t want to give away too many details of the song because I want listeners to be able to really listen in on the story and lyrics without expectations and feel it for themselves. I believe it’s such a powerful track, and it captures so much of an emotion that we all feel- and that’s what made me decide to make this the title track.

PC: What do you hope people take away from “Prayin’ for the Rain”?

AK: I hope that people feel like they connect with the emotion in the song. One of the most beautiful things about music to me, is that it has the ability to comfort you and make you feel like “yes! That is what I’ve felt!” It’s really an amazing feeling to know that someone else out there knows what you’ve felt and has been where you’ve been.

PC: “Writing Songs for You,” is the third song of four originals that deals with love, but in three different ways. How important was it for you to highlight love with this EP?

AK: Well, what’s a good country record without a love song? I’m a pretty big romantic, so most of what I write ends up being about love in some way or another. This song was different than what I usually write, and a little bit more progressive or “modern” sounding than what tends to come out of me. I had a lot of fun with this one though, and I wanted to tell a good story with it!

PC: “I Need Thee Every Hour” is an excellent way to close the EP. How important is your faith to you, and what went in to the decision to choose this hymn for the EP?

AK: My faith is the center of my life. Everything I do is rooted in my faith in the Lord, and I’ve never been ashamed to talk about that. “I Need Thee Every Hour” is one of my most favorite hymns. It’s so easy in our society to get caught up in a busy day-to-day schedule. This hymn has always brought my peace and reminded me of my need for Jesus, not just in my life, but even in the smallest tasks of my day. He cares about the small things in life, not just the big things, and it’s an amazing feeling that every single minute of every day I have a friend, father, and King who loves me and is with me.

PC: Do you have a favorite song on the EP? If so, why is it so special to you?

AK: Man, that’s like asking a parent to pick their favorite child. Each song has a special meaning and place in my heart. If I had to pick one though, it would be “Prayin’ For the Rain.” I just think that it’s so powerful, and it was a really big emotional release for me to write and record that one.

*All images courtesy of Andy Kicklighter*