“A little bit of blues, folk, country, and bluegrass” is how Sydney Adams describes the sound of real, Kentucky country music. She stayed true to those roots on her debut EP Always Home to Me; weaving her way through five songs dripping with steel guitar, three chords and her truths.

After taking two years off from music, Adams came back in a big way with her EP, which was crowd-funded and is unashamedly traditional.

Read along as Adams details getting back into music, her southeastern Kentucky roots, the stories behind all of the songs on Always Home to Me, and more! 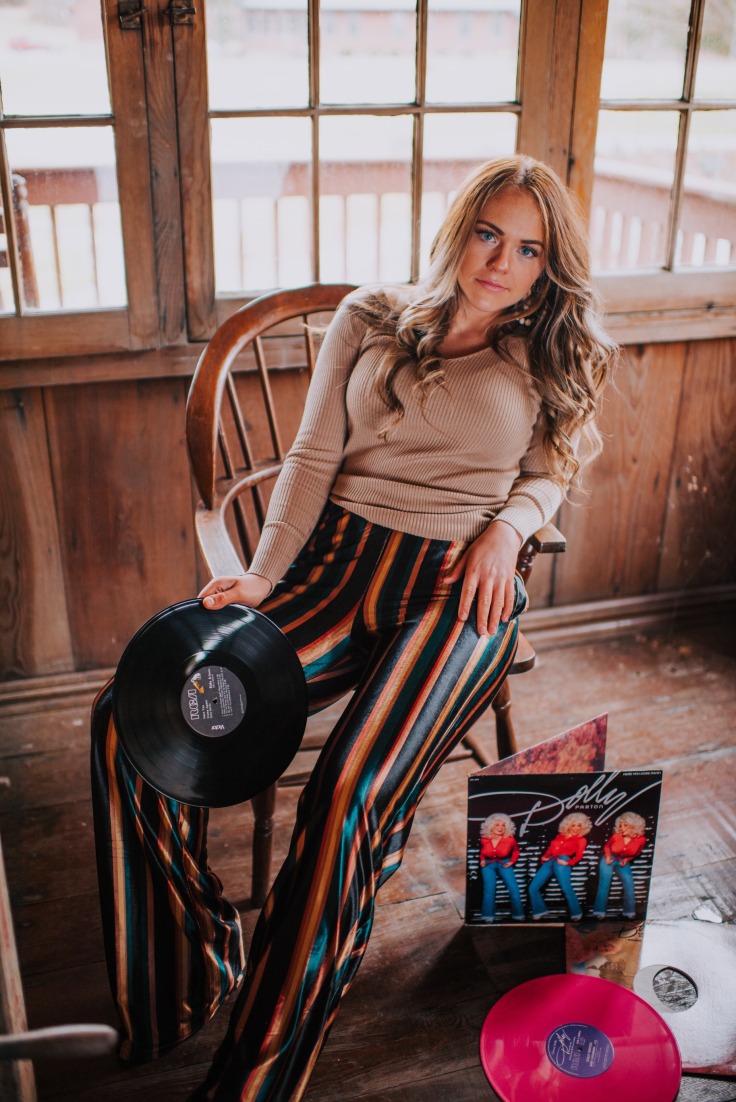 Sydney Adams: I listened to a bit of everything. My mom listened to Rick James, Prince and Lionel Richie, so that’s what I grew up listening to. I didn’t really get into country music until about 15 years-old, which is when I started singing, playing guitar, and songwriting. The song “You’ll Never Leave Harlan Alive” flipped the switch with my musical interests and where I wanted to go with what I was singing. That was a pivotal point for me

SA: I’ve been singing my entire life, but I was always scared to sing publicly until my mom tricked me into it when I was 12 years-old. She entered me into a competition and drove me there and made me do it because she believed in me so much. I won the competition, and right after I got done singing, they offered me my very own time slot in next year’s festival, and that’s when it started for me singing publicly. 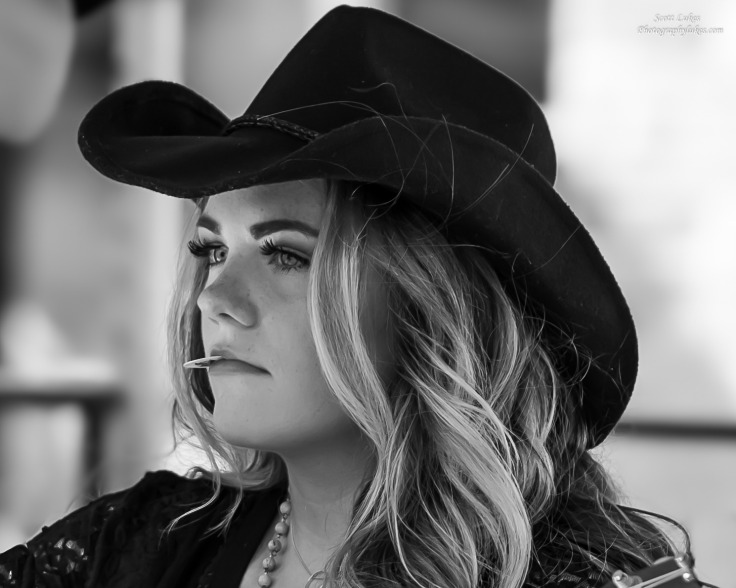 PC: Your debut EP Always Home to Me was crowd-funded. What did it mean to you to receive that level of support on your first release?

SA: The amount of support I received was overwhelming. I had to take two years off of music. I lived in southern Maryland and got married to my husband who was in the Coast Guard. I thought people didn’t really care anymore, and that I was going to do something else. I hadn’t sang or performed in a full two years, and then I came back and said this is what I was going to do. The amount of support I received right off the bat was amazing. It gave me a confirmation that I have a support system and that the people here in my hometown and surrounding areas in Kentucky definitely have my back and will support me in whatever I decide to do!

PC: Why did you decide to release “I Don’t Care” as the lead single from the Always Home to Me EP?

SA: Whenever I get done singing it, everyone always asks who made me mad or who pissed me off when I wrote that song [laughs]. It’s a funny story and I love to tell it; no one made me mad. When I moved back home after taking some time off, I knew that I was going to be pursuing music extremely heavily, and that I was going to be releasing an album for listeners across the world. I was putting myself in a situation that I had never really been in before, and I knew that with the good that was going to come from it, there were going to be people that didn’t like it or didn’t agree. That song had to come first; it was like a bulletproof shield for me. That’s what the whole song is about. I was going to do it anyway, because that’s what I wanted to do.

PC: Many artists say that the order of tracks on a release is crucial. Why did you decide to lead off the EP with “Half Empty”?

SA: “Half Empty” is a really strong song to start with. It sets the tone for me as an artist for the rest of the album. It’s real country music, from the lyrics to the steel guitar to all the other instruments that are on it. Everything that went into that song just describes me perfectly as an artist. I want people to know that it’s real country music, and I think that song really sets the mood for the rest of the album.

PC: “Always Home to Me” is one of the standout tracks on its EP. Why did you decide to name the EP after that song?

SA: When I came back home, that’s one of the first songs I wrote. The first day that I got home from southern Maryland, I sat down at my kitchen table with my mom and wrote that song. It was very important to me to really express how much southeastern Kentucky means to me. That song does a really good job of it. That’s what the whole album is about, it was about my time off and how it affected me and just hitting the ground running when I got back.

PC: “Long Way to Memphis” is a great song about distance and love. Can you talk about the inspiration behind that song?

SA: That song actually doesn’t have as cool of a story as all the others [laughs]. I was sitting on my front porch last summer right before “I Don’t Care” was released, and I knew that I needed some more really strong original material. I had written a lot of original songs, but I needed something really good. I was looking for something that was really catchy and something people really liked. Usually my songwriting is organic, but this time, I actually sat down and was trying to think of something that people could relate to. I started thinking about how Chris Stapleton and other artists name places in their songs to make them more relatable. I decided to do a really driving, hard song about a long way to Memphis; almost like Travis Tritt on “Modern Day Bonnie and Clyde.” As I started writing, the whole song changed. It was no longer a fast, driving song, it turned into a slow, sad story that took on a mind of its own.

SA: That song came about when I was sitting at my job. I was at my desk, and the lyrics and melody just popped into my head. I made a short voice recording of it and went back to it later and completed it. That song wasn’t really intentional, that’s just how it came out. I’m a huge fan of real country music; it’s what I enjoy listening to and it’s what I want to produce. The fact that it came out that way was perfect!

PC: Throughout the Always Home to Me EP, there are flashes of traditional country, bluegrass, and folk sounds. Was it at all important to you to showcase that level of artistic versatility on the EP?

SA: It was. That came about naturally as well. I’m very proud of where I come from, and how it has shaped me as an artist. All the sounds come from my heritage in southeastern Kentucky. I like to say this album is the complete package and the full sound of real Kentucky country music. With that, you do get those folky, bluesy, country and bluegrass sounds. To me, that’s real Kentucky music!

PC: What do you hope listeners take away from the Always Home to Me EP after listening all the way through?

SA: I hope people haven’t given up on real country music. I’m going to try really hard to keep pushing and producing real country music, because that’s who I am as an artist. Nothing was fake or done up or anything like that, it was all real.

SA: I’ve been staying extremely busy as a duo for the last year. I recently got a full band together, and we plan on playing larger venues are promoting the EP. We want to begin a tour around the eastern part of the United States, and even maybe a little Midwest. I’m really looking forward to that, and spreading my sound to the rest of the people that want to listen to it across the United States. I’m looking forward to growing my fan base and meeting some new fans and friends along the way! 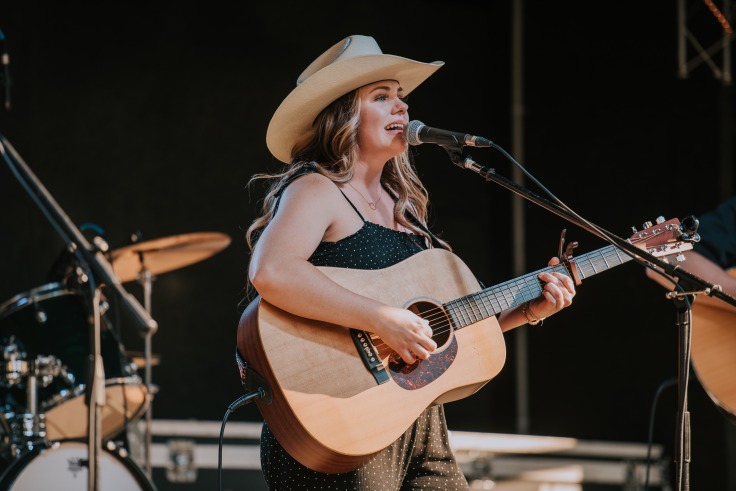