Clay Cormier and the Highway Boys truly have something for everyone to enjoy with their music.

Bringing a myriad of different sounds on their release, the band proves they are not a one trick pony, all while showcasing their tight musicianship in the process.

As they prepare to release a new single, I had the chance to chat with Clay Cormier about his beginnings in music, the band’s sound, what he’s learned about the industry, and more! Check it out below.

CC: The moment that I knew I wanted to make/play music for a living was when I wrote my first song at the age of 11. I put it off for some time after, but once I graduated high school, I began to play shows full time.

JL: How did you come on to the radar of Red Barn Music?

CC: I became familiar with RBM when Seth asked me to cut a song for him a few years back, (which never happened [laughs]). Since then, we’ve worked together on and off for about a year until I made the choice to sign with them in 2018.

JL: You have opened for many big-name acts, including Tracy Lawrence and William Michael Morgan. What have you learned from watching them that you and the band try to incorporate into your live show/approach to your music?

CC: From opening for Tracy Lawrence and other big acts, I have received a better understanding of professionalism on and off stage. We have also learned how to go in and out of songs, and how to speak to the crowd in order to keep them interested.

JL: The band released its first album, “Nights You Can’t Remember” in 2015. Was there any internal or external pressure among the band to have success with your debut release?

CC: The only kind of pressure that we had as a band when trying to release “Nights You Can’t Remember” was simply trying to finish it in reasonable amount of time. We had no expectations of what the album would do because it was our first album ever released. I paid for it by selling t-shirts and hoodies, and was pretty damn proud that I did it all alone.

JL: What has the band learned and how have you guys grown since “Nights I Can’t Remember?

CC: Since the release of “Nights You Can’t Remember,” we have really found what our sound is (country/rock). We had no idea what our sound was at the time, but quickly learned not long after the release. As a band, we have become tighter and much more professional with our shows since then.

JL: Your most recent single, “Don’t Give a Damn,” is a great southern rocker. What has the response been to the song been so far, and how do you hope to build off of it for your next release?

CC: With the release of “Don’t Give a Damn,” I quickly realized that this is the kind of sound and genre that we were looking for. It talks about what we do in the south, and what it’s like at a local Cormier throwdown- which is exactly what I wanted to portray. For this next release, I think that the sound is still in the same genre, and that the words perfectly describe me growing from the young/dumb kid that I once was, to the guy that I am today. It also touches on people that I’ve met all along the way, and the loved ones that we’ve lost.

JL: Can you describe your music/sound in a few words for someone who may not have heard you before?

JL: What is one of the biggest things you’ve learned about yourself or the industry since you began your career?

CC: One of the biggest things that I’ve learned in this industry is that if you’re in it for the money, you will miss out on a lot of opportunities. All the opportunities that we’ve been given to open for big names have never really paid much, but it’s always been a foot in the door, and has allowed us to meet a lot of great people. You can make great money just playing in local restaurants and bars, but once you start to branch away from your hometown and state, you have to take a pay cut because no one knows who you are, (just my opinion).

JL: When can fans expect to hear new original music? 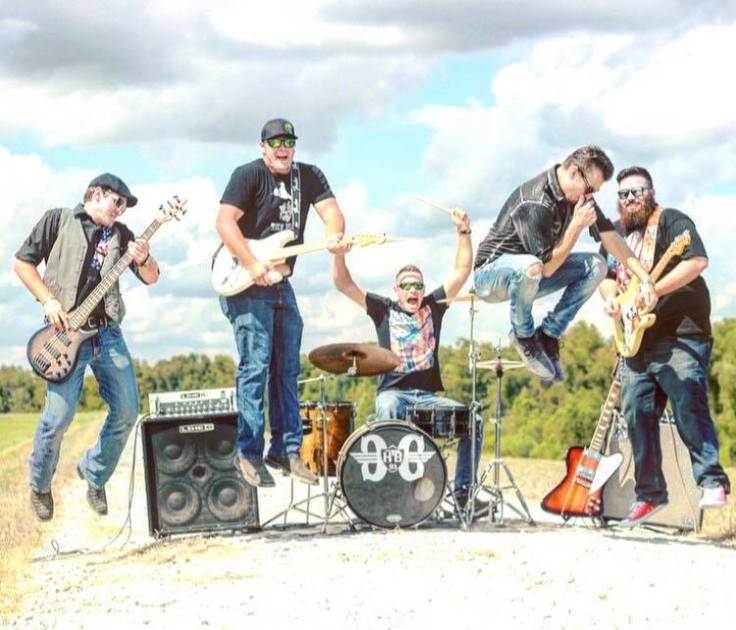