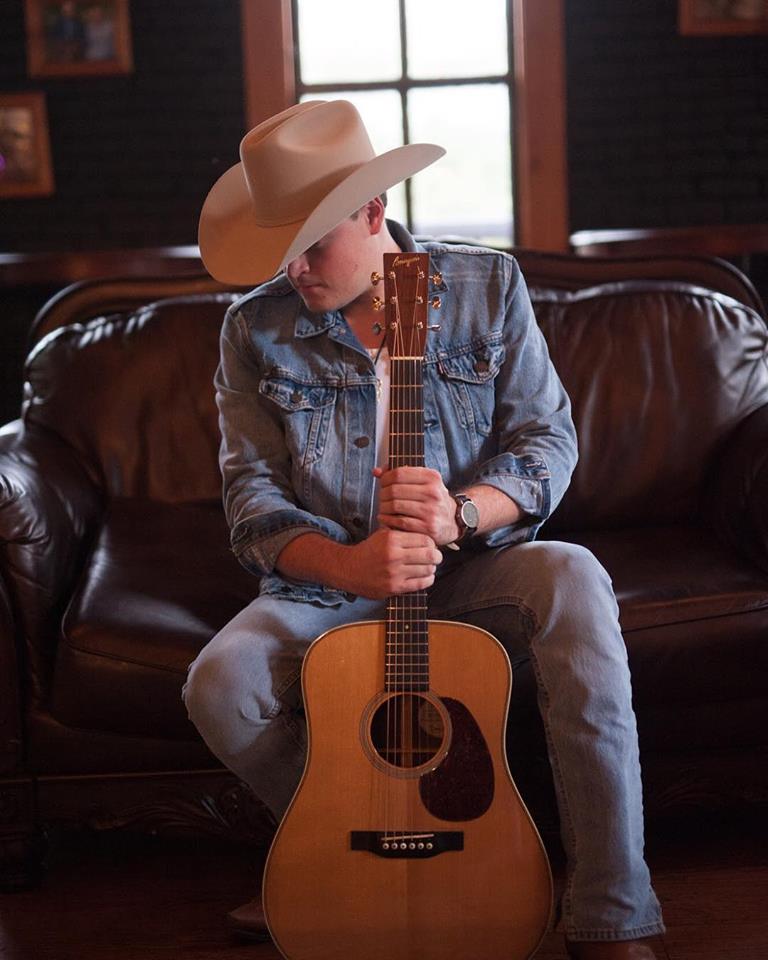 It’s said that the best way to learn something and perfect it is by doing it. Will Southern has taken that mentality and hit the ground running, perfecting his craft in the ten years since his debut release.

Learning how to connect with fans on stage has allowed the North Carolina native to focus on releasing songs that are honest and connect with people, and he is seeing the results with his new “Don’t Turn Out the Lights” EP.

Hear from Southern about perfecting his craft, making music that you can “feel,” what he hopes people take away from “Don’t Turn Out the Lights,” and more!

Will Southern: There’s a pretty wide variety. I grew up mostly on southern rock and country. The Allman Brothers will forever be one of my favorite bands. My favorite records of all time are “Exile on Main St.” by The Rolling Stones and “Gunfighter Ballads” by Marty Robbins. I grew up in western North Carolina, and my uncle was a country musician, so I grew up listening to the country side of rock and roll, and then got more into classic country and bluegrass as I got older. Artists like Lynyrd Skynyrd, Jerry Reed, and Tony Rice really changed my outlook on music when I got into my high school years.

WS: To be honest, it’s what I’ve always done. I started playing guitar at about 8 years old. I have a lot of family members who play. Even going back to my great-grandparents; they met at a barn raising where my great-grandmother was playing guitar. I’ve had cousins that had never played music until their 40s and they just pick it up. It was something I always grew up around, and something I always felt comfortable doing. I don’t know what I would do otherwise.

PC: Were you feeling any type of pressure, internally or externally, as you were preparing to release music for the first time with the “N.C. 1588” EP?

WS: That was something I did during my junior year of college. At that time, there was no pressure. I was lucky to go to Belmont University. The school itself owns seven or eight studios. For my freshman year of college, I was in the studio every month or so. I was just discovering what I could do as I was just starting out. By the time that project came up, I was studying with a vocal coach at Belmont, and I played him some of my original stuff that I had written, and he said that I should record them and submit them for a country showcase. I made the showcase, got to perform and record the songs, but I never felt pressure to put them out. It was just excitement and being stoked to get in the studio and make my own music.

PC: “400 Horses” has become one of your signature songs, can you talk about why you think that song has connected with people the way it has?

WS: The more I write, the more I’m looking for the most honest songs that I can find. I think that’s what people gravitate towards musically. “400 Horses,” is about getting out of a small town. I grew up 15 minutes outside of a town of 8,000 people. There’s a lot of country songs that romanticize small town life, but at the time I was writing that with my buddy William Lee Martin, we talked about that. He grew up in the middle of nowhere in Texas, and we were both just talking about that feeling when you’re 18 or so and you just want to get out of that town. You just want to find a way to live outside of it. That’s what I had done outside of college, and “400 Horses” is a reflection of that.

Another thing that people may not catch in that song is that I grew up in a town that was ravaged by jobs going overseas. The second verse talks about a factory shutting down, and that there’s nothing to do in the town anymore. It was a mill town and a manufacturing town, and it lost all of its jobs to companies overseas. That was the secondary thought behind it; that this is a part of America that’s often forgotten, and that people don’t talk about in songs.

PC: What was it like to have your song as a part of William Lee Martin’s comedy special and played on CMT?

WS: That was pretty cool. He’s got another special coming out, and I think “A Woman Like That” is going to be featured as the intro on that special. He’s got a new talk show on The Country Network that’s coming out either next month or the month after, and I’m a featured performer on that too. We did “Blue Texas Eyes” on that show, so I’ll have more stuff on TV here soon!

PC: “Ghosts” has gotten off to a great start off of your most recent album, “Don’t Turn Out the Lights.” Can you talk about the inspiration behind that song?

WS: That’s one that I didn’t pen. Going into this record, I decided I wasn’t going to write everything. I only wanted to record the best songs that I could find. “Ghosts” was written by my buddy Goose Gossett. Goose and I write a lot; I have songs on his record, and now he has a song on mine. It’s cool that he’s been a really close working partner. “Ghosts” is a song that’s completely honest. When I heard the chorus, the powerful writing hit me, and I knew it was something I wanted to record. I think a lot of people can relate to it on different levels. I talked to a friend of mine who’s going through a divorce, and he said that he listened to that song a ton, and that it meant a lot in his life. We all go through breakups and separations and have things that remind us of that person, and “Ghosts” is a song that alludes to that.

PC: You feature a great cover of Fleetwood Mac’s “Landslide” to close the album. What went into the decision to cover that song for the album?

WS: We were talking about four or five different covers. We talked about doing “Maybe I’m Amazed” by Paul McCartney and “Romeo and Juliet” by Mark Knopfler;l, or a song by Creedence Clearwater Revival. I’ve been playing “Landslide” live for years, and it’s always been a song I’ve loved. It’s just so genuine and powerful, and it just speaks to people. It seemed to fit my voice well, and it seemed to be a smart choice as a cover, because it’s just a timeless song. That song will be played long after you and I are gone. Maybe not my recording (laughs), but it will definitely be heard forever. I think the arrangement is great too. It’s got the baritone guitar and mandolin, and that’s pretty much all that’s on that track.

PC: What do you hope people listeners take away from the “Don’t Turn Out the Lights” album after listening all the way through?

WS: I just want to make great music that people can connect with. When I listen to music, I listen to certain songs, genres and artists because I’m in a certain mood. I think that’s the cool thing with this record, there’s different moods to each song. They all tie in together, but if you’re feeling down, maybe “Ghosts” is a song to listen to. If you’re having a great day, maybe it’s “Blue Texas Eyes.” I make music because I love making music. It takes people away from whatever is going on in their day, or helps them cope with it in some way. I hope people really listen to the lyrical content.

PC: You regularly play around 300 shows per year. What is it about the live setting that appeals to you so much and keeps you hooked?

WS: One of the reasons I moved to Austin from Nashville is because I wanted to do more live stuff. The Texas scene really revolves around live music, where in Nashville, it’s all about the record and how huge it sounds. I like playing in front of people. I like bar gigs, I like going out and playing honky-tonks; gigs that may not be the most glamorous sometimes, but gigs where I can read the crowd, listen to the response, and know that they are having a good time and enjoying it.

PC: It’s been ten years since the release of “N.C. 1588” Where do you think you’ve grown the most since that release?

WS: Performance-wise, I realized that I don’t like the “look at me” aspect of people making music, and making grand spectacles out of shows. I realize now that if I play really great songs, and play them well, I can entertain a crowd as equally as somebody who’s constantly badgering the crowd to engage with them. I don’t think that’s necessary. If you’re good enough musician and have strong enough material, the cream will rise to the top. When I think about people that I like, artists like Springsteen, Merle Haggard, and Willie Nelson, they attract people because they are great musicians playing great songs. It took me a little while to learn that. In Nashville, the focus is on a lot of things that dilute the music. To me, it’s more about playing to the best of my ability, and finding songs that connect with people.

WS: We’ve already started writing for the next project, which will probably be another EP. I was in Nashville about 2 weeks ago, and spent a couple days in Muscle Shoals, Alabama with a lot of the people I write with. I think we’re going to record this record in Muscle Shoals, and do it completely live with as few overdubs as possible. It’s going to be a little sparse. We will probably record it in late fall or early 2020.