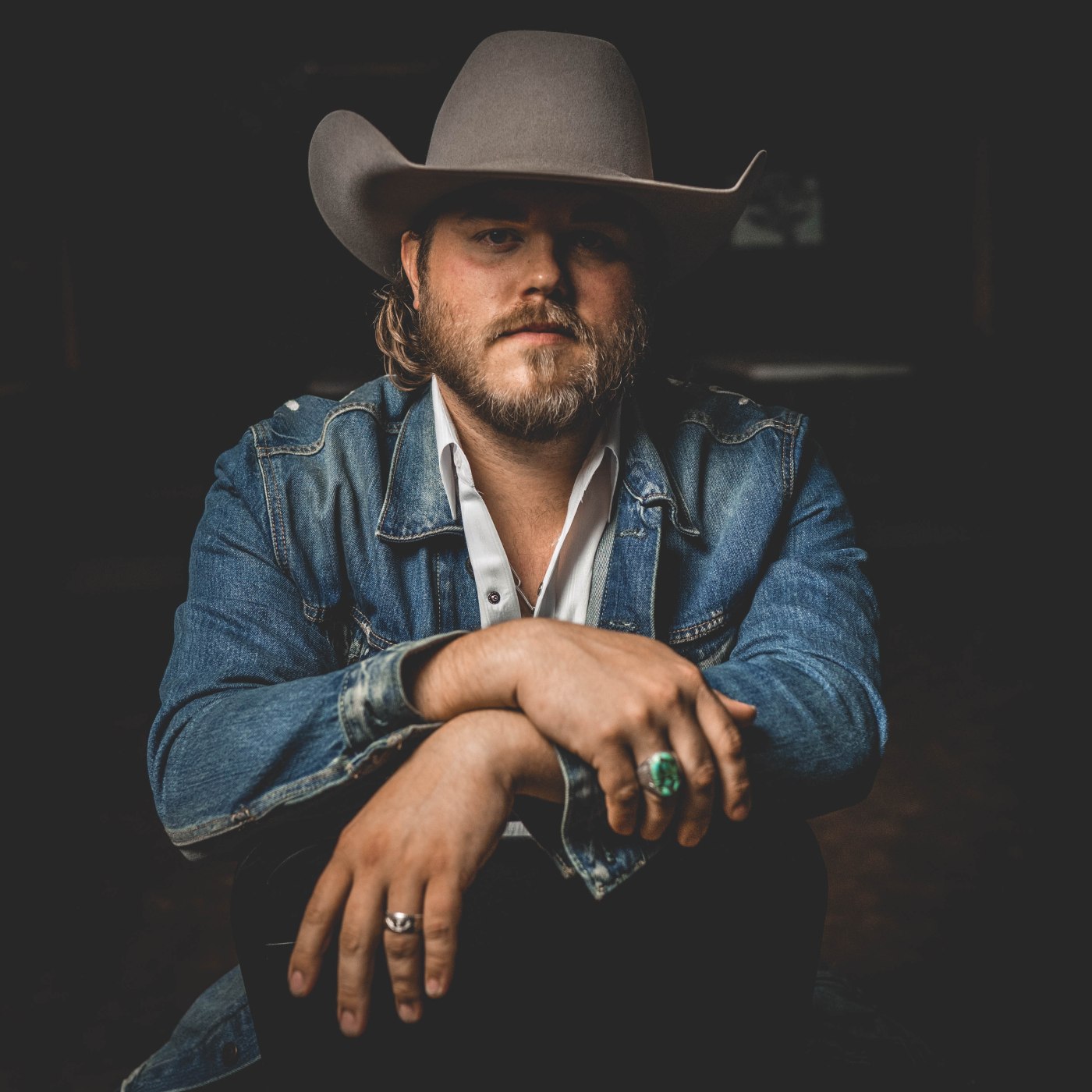 Sometimes, things just come together perfectly, and it just can’t be explained. Such is the case with Jon Stork’s debut full-length album Radio Cowboy.

Through the album’s 11 songs, Stork paints a bigger picture than what may be seen on the surface, as each song flows into the next and is almost like a movie, which wasn’t initially intended (but don’t tell his producer that).

With Radio Cowboy‘s first single “Facts and Lies,” Stork was hoping to turn heads in the industry, and he has done just that. The song, written by Cody Johnson and Cameran Nelson, just entered the top 3 in Texas.

Read along as Stork discusses his wide array of influences, the success of “Facts and Lies,” opening for some of the biggest artists in Texas, his big plans for 2020 and more! 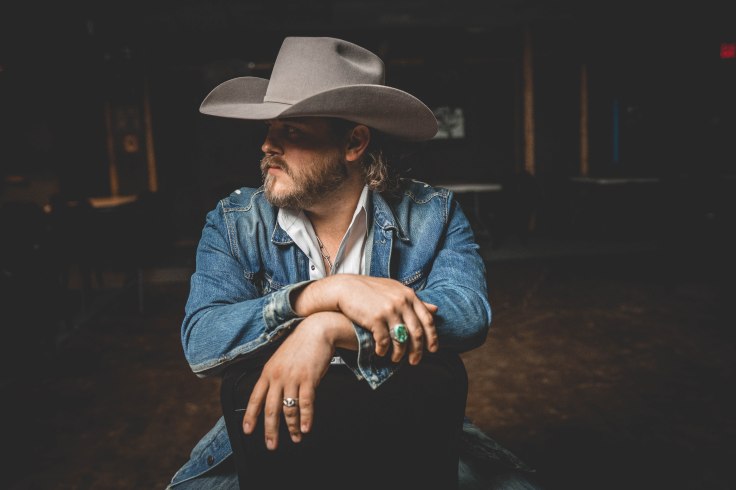 Jon Stork: I grew up in church, so it wasn’t until about 10 years old that I got out a little bit further on the musical spectrum. We were in church 3 days a week., so I listened to a lot of gospel and Christian music up to that point. After that, it was anything and everything I could get my hands on. Old, new, country, jazz, rock; it didn’t really matter. If I had to put a few on a list, some country influences would be Johnny Cash, George Strait and George Jones. I soaked everything up as it came, and I’m still finding people that I’ve never heard of and I’ll dive into them.

With songwriting and Showmanship, I’m a huge Tom Petty fan. My brother had a band that I watched growing up, and he was listening to Petty, Rush, Elton John, and those types of artists. I had that in one ear, and when my dad would have me in the tractor to go shredding, it would be tapes of Merle Haggard, George Jones and early George Strait. I still have a lot of fun finding new music.

JS: It was a culmination of things. There was a point in time where I was working a business life, traveling the country working in sales, and I realized that if I don’t quit then, I’d be 36 years old as soon as I blinked and I would have been doing it for way too long and not be able to leave. I called my boss, who I was also living with, and told him I was quitting. He laughed and thought it was a joke. As far as knowing that I wanted to play music, it just all stacked up until it was time. 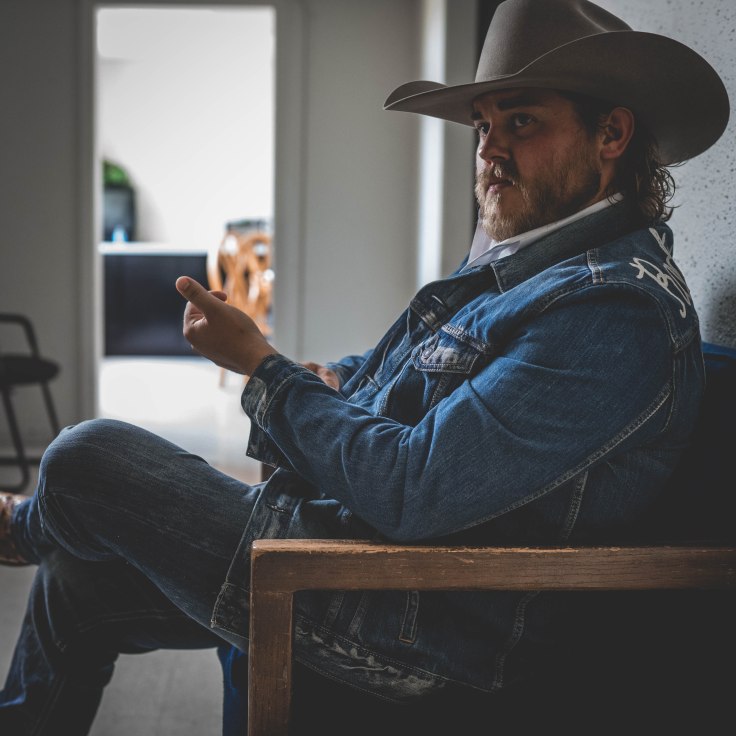 PC: What emotions were you feeling as you were preparing to release music for the first time with the In Your Radio EP?

PC: You had a lot of streaming success with the In Your Radio EP. Is there a certain level of validation that comes with achieving that success on your debut release?

JS: Honestly, I’m just as shocked as anyone else when something like that happens. I was blown away. I didn’t know that anything along those lines was going to happen. I watched it blow up, and when you find yourself sitting between Jason Aldean and Florida Georgia Line, it’s kind of weird, but it happened. It’s one of those things that I can’t explain or figure out how or what happened.

PC: “Rodeo Blues” has become one of the signature songs in your catalog so far; amassing nearly 200,000 streams since its release. What do you think it is about that song that has allowed it to connect with people the way it has?

JS: It’s just a really fun song. From watching people’s reactions at the shows, it’s just a beer drinking, foot-tapping song. It makes people get up and want to dance. I can never really 100% say what it is about the songs, because you can ask 10 different people what one song is to them, and you might get 10 different answers. I think it’s because people like to have fun, and that song has something about it that makes people have a good time.

PC: You’d had solid success with the In Your Radio EP. Was there a level of pressure you were feeling to match or surpass that level of success as you were putting Radio Cowboy together?

JS: Definitely. Being the first full-length album, it was a different ballgame. We’re sailing in uncharted waters and learning how to do it as we go. It’s all new to us. That’s the fun part of what we’re doing and how we’re doing it. We get to decide the direction. I’m not sure what’s next, because it’s going to be something new and different.

PC: Your newest single “Facts and Lies” was written by Cody Johnson and Cameran Nelson. How did you hear the song, and what drew you to record it?

JS: Cameran has become a great friend and mentor to me. I was driving up to Fort Worth one day, and he told me and said he had a song that he was going to be sending to me and wanted to know what I thought. He sent me a phone recorded version of just him and a guitar, and I listened to it 20 or 30 times, and every time I listened to it, I got goosebumps. I called him back, and asked him what the deal was with the song and why he sent it to me, other than to make me want it [laughs]. He said he had already talked to Cody, and they thought I would kill it. They already had all of their stuff out, so they couldn’t cut it, and they said go for it. Since then, it’s been a real experience. I haven’t been doing this very long, so it’s really surreal. I grew up in a little town, this is more than I would have ever anticipated. Guys that I listen to are reaching out to me and saying that they wrote a song and they think it would be good for me, it’s crazy.

PC: What went into the decision to release “Facts and Lies” as the lead single from Radio Cowboy, and what has it been like watching it climb into the top 3?

JS: It’s been pretty surreal! We released it because we knew we needed to make a statement. We needed to make sure that we turned a couple heads. Being a little fish in a very large pond, you have to make a bit of a splash. We weren’t sure about how many radio singles were going to be put out from this album, and we knew that would be a good one.

PC: “Radio Cowboy” is one of the standout tracks on its album. Why did you decide to name the album after that song?

JS: You can thank my wife for that [laughs]. That was a saying before the song was even written. We went to get engagement pictures taken, and she wanted to do something with the denim jackets that we had. She said she wanted to put something on the back of mine, and she got “Radio Cowboy” stitched onto the back of my jacket. I went to Nashville and told my buddy Roger Brown that I wanted to write a song called “Radio Cowboy,” and Roger, Byron Hill and I knocked it out in about 45 minutes. In my opinion, it’s pretty neat because there’s so much similarity between rodeo and music life. You live out of a vehicle and you’re traveling long distances and making multiple stops along the way, there’s not much of a difference other than getting on the back of an animal and holding an instrument. When my wife said “Radio Cowboy” would be cool, my head exploded with what we could do for a song, album and brand.

PC: “If I Don’t Call” is my favorite song on the album, and closes the album on a strong note. Can you talk about the inspiration behind that song?

JS: I wrote that song with a buddy of mine, Leroy Gibbins. He had this concept that he brought to me saying he didn’t want anyone to worry back home if he didn’t call, while being out on the road rodeoing. Just because you’re having a little too much fun and forget to call sometimes, it doesn’t mean you don’t care. I told him to stop talking, we immediately went in a room, and wrote that song. About halfway through, I asked him if there was anything he wanted in the song, and he said that Chris LeDoux said “It ain’t the years, it’s the miles,” and we got that in there and finished the song. It just kind of fell out on paper. It almost wrote itself.

PC: What do you hope listeners take away from the Radio Cowboy album after listening all the way through?

JS: I wanted to take them on a journey for them to get lost in the music a little bit. Don’t tell my producer this, but he came to me and said it was crazy how the album was so thematic, and I said “Yeah, sure.” I didn’t really think about it, but I went home one night and started looking at the list of songs and the track listing, and it was all a big accident. I fell into a rose bush and came out holding a dozen roses [laughs]. I didn’t mean for it to happen, but there’s a story behind all the songs, and if you look into the listing of the songs in order, some of them paint a bigger picture. If you put those pictures together, they all feed off of each other. I feel like you can get lost in some of those songs if you listen close enough, so I hope they feel that with this album.

PC: You’ve shared the stage with major artists in Texas, including Aaron Watson, Josh Ward, and Parker McCollum. What can you take away from those experiences that can help you in your own career?

JS: I’ve learned a lot. I’ve learned some great things, and I’ve learned some things not to do. Most of the things not to do are things I’ve done though [laughs]. These guys have been doing this for much longer than I have, there’s so much to learn from them. It’s surreal when you’re listening to these artists growing up as a kid in Texas, and I get to share the stage, share a beer, or share a phone call with them. I’m still learning. there’s a new bit of a lesson every time I run into one of those guys, and they have no problem telling you what that lesson is. We’re blessed to get to do what we do, and for someone who’s only been doing this “professionally”  since May of 2017, I’m so fortunate. I’m just trying to keep moving everything forward for everybody who has the slightest inclination to listen to what I have to say. PC: Along with promoting Radio Cowboy, what are your plans for 2020?

JS: New music! There’s already more music coming down the pipeline, so who am I to stop the flow? There’s just so many new horizons on all fronts. 2020 is going to be a heck of a year. It’s going to be our first year with Red11 out of Nashville, and they’re handling all of the booking in Texas and beyond. We’re going to focus on moving up and keeping everything in a positive direction. 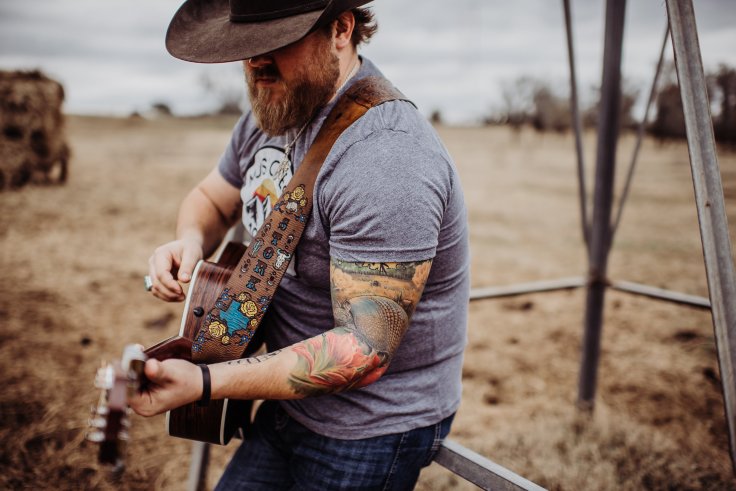