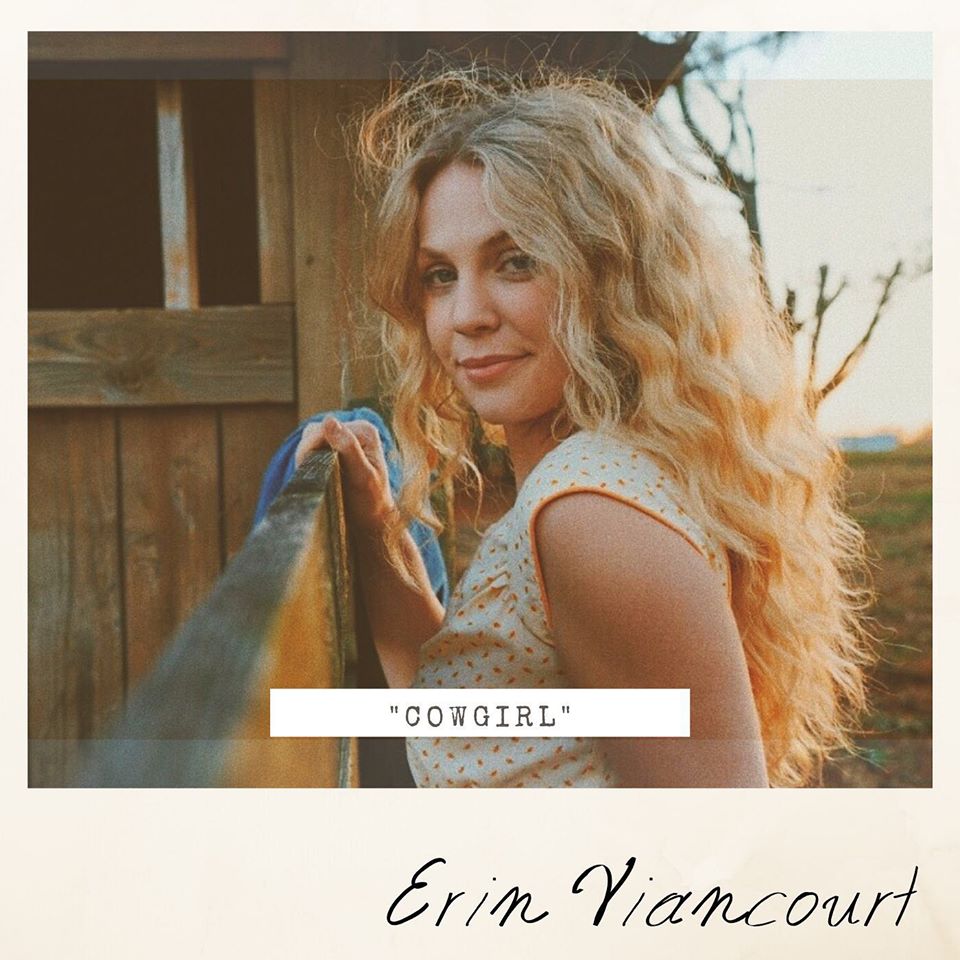 September 2019 gave us our first taste of Cleveland native Erin Viancourt. With her single “Playin’ Old Records,” the Nashville based singer/songwriter delivers a smooth vocal over soothing instrumentation as she delves into the end of a relationship. Needless to say, we were hooked and couldn’t wait to hear more.

After a stellar cover of John Denver’s “Christmas for Cowboys” in November, Viancourt is back with her equally stellar new single “Cowgirl.”

Her new single captures everything that we loved about “Playin’ Old Records” and further asserts her strong songwriting chops, as the lyrics describes yearning for love and maintaining it.

Viancourt says that the response she received from “Playin’ Old Records” gave her validation in the musical direction she had taken and the team she worked hard to surround herself with.

“I was completely blown away by the response to ‘Playin’ Old Records,’” says Viancourt. “I knew the gold mine of the team I had, and it makes me so happy to hear when people comment on the piano solo, or just the sound that [producer] Kyle Dreadon was able to capture. All the little things I loved about the recording seemed to be everybody else’s favorite parts as well.”

“Cowgirl” got the ball rolling for Viancourt recording and releasing music again, and with her third single since her comeback now under her belt, she is pleased to see her work coming to fruition.

“It means a lot to finally have all three of these singles released, including ‘Christmas for Cowboys’ that was also recorded at that time,” says Viancourt. “It just means now it’s time to get back in the studio and record some more!”

With “Cowgirl,” Viancourt drew inspiration from the responsibilities that women have in a relationship and how to keep it strong.

“Those that know me know that I am married to a charming, long-legged, guitar pickin’ cowboy. The song to me is just about how you get through the rough times and ‘stay in the saddle,’” says Viancourt. “While men can be big and tough, I think women sometimes have the even tougher job of having to put their worries and needs aside and be a strong home. I had the chorus and the melody stuck in my head for a while and sang it for my co-writer, Breann Young, and knocked it right out.”

Riding the momentum of “Cowgirl,” Viancourt is hitting the road this year and has plans to release more new music.

“Right now, I am currently out on tour with Kendell Marvel, which is a huge honor and a whole lot of fun too. I hope to be on some more dates with him in the future,” says Viancourt. “The goal is to get in the studio this spring and get some more songs recorded to release to y’all.”