Being sonically “pigeonholed” is a common fear shared amongst artists, as they often stress the importance of keeping listeners on their toes as they make their way through a particular release, and on a larger scale, their career as a whole.

Swiss-American singer/songwriter Caroline Marquard introduced herself in October of 2018 with her single “Not a Rolling Stone,” an empowering song with heavy, thumping drums matched by an equally heavy chorus. The next time listeners heard from Marquard was December of the following year, as she released the much more subdued (and our favorite song in her catalogue thus far) “Keep My Eyes on You,” with sparse instrumentation that allows her voice and the lyrics to shine.

Today (June 26), Marquard releases her debut EP The Prologue. Marquard draws from her love of country, pop and Americana music to deliver a sonically eclectic mix of songs sure to allow her to hit the ground running.

We chatted with Caroline about leaving college to pursue music, the success of her first three singles, every song on The Prologue, what she hopes listeners take away from the EP and more! 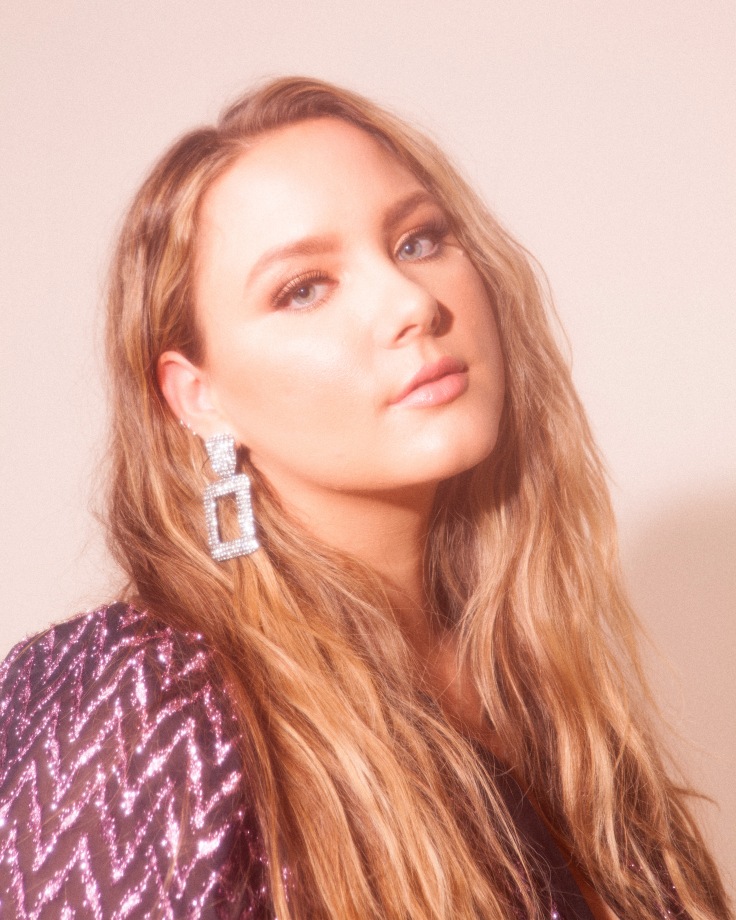 Pro Country: With the music you have released so far, you’ve tapped into a variety of different sounds and styles. Can you talk about the influences you’ve drawn on that have had an impact on your sound?

Caroline Marquard: I love country music with an Americana flair, but also love pop and organic sounds! I feel like my songs are a mix of all of those things.

PC: Your bio mentions that you have had a deep interest in music for most of your life. What was it about music that connected with you so early on? At what point did you realize you wanted to pursue it as a career?

CM: My mom has a beautiful voice and I grew up singing with her around the house. We’ve always been a musical family, so I think it was just always there! I’ve known I wanted to do it since I can remember anything.

PC: You left college after one semester to focus on music. Can you talk about the emotions that went in to that decision? Were you feeling any pressure, internally or externally, as it came time to make it?

CM: Yeah it was a really hard decision! At 18, it’s hard to know what the right thing to do is, but thankfully my parents let me go with my gut. I felt a lot of pressure for sure; dropping out of college is a big thing, but looking back, I still know it was what was best for me.

PC: What emotions were you feeling as you were preparing to release music for the first time with your single “Not a Rolling Stone”? Why did you decide to release that song first?

CM: I was very nervous! It was the first song I released, so I really had no idea what I was doing. I felt that was the right song to release first because I love its message and what the song stands for!

PC: Your sophomore single, “Keep My Eyes on You” is our favorite song you have CM: released so far. Can you talk about the inspiration behind that song?

CM: Aw, thank you so much! Yeah, that song is really about having that person in your life who is the calm in the storm for you, someone you’d do anything for because you know they’d do the same for you.

PC: “Train of Thought” and “Never Should’ve Left” are quickly approaching 300,000 combined streams on Spotify. Is there a certain level of validation that you’re feeling as you’re continuing to see the numbers on those songs increase?

CM: How wild!! So exciting. It definitely is cool to see numbers go up, it makes you feel like there are people out there who like what you do and might want to hear more.

PC: On its own, “Train of Thought” has achieved nearly 200,000 streams. What do you think it is about that song that is allowing it to connect with listeners the way it has?

CM: I think people love that song because we’ve all been there mentally. A downward spiral of negative thoughts and self-sabotage, and the song is just a reminder that you have the power to change where you’re headed!

PC: “Only One” is one of two previously unreleased songs that are featured on your debut EP The Prologue and is a song that talks about love lost and coping with it. How true do the lyrics of that song ring to your life? Does putting that emotion into a song bring any kind of catharsis?

CM: “Only One” was actually an idea my producer, Jordan, brought in and is about his past loves. I related so much because of my past experiences and knew it was something we could write perfectly together. I think everyone has (I know I do) a relationship that they were super paranoid about in the moment, where their minds were just running wild with scenarios about what could happen and how they could lose that person.

PC: “Don’t Waste My Time” is a bit sonically unique from the rest of The Prologue. Can you talk about the sonic inspiration you drew on for that song?

CM: I wanted to do something a little bit sassier and jazzier, this song is just that! It has a bit of a groove and I love how straight forward it is.

PC: Do you have a favorite song on The Prologue? If so, why is it so special to you?

CM: I think “Keep My Eyes On You” is my favorite at the moment. That feeling of nostalgia is just so real for me. PC: What do you hope listeners take away from The Prologue after listening all the way through?

CM: I hope listeners get a sense of who I am and also that they feel a little less alone while listening and think “hey, I wanna play it again!”

PC: 2020 has altered many plans of artists so far. Of the things you can control, what are your plans for the rest of the year?

CM: I hope to just be able to keep making and releasing music! Thankfully no one can ever stop you from writing a song. 🙂 *You can find Caroline’s music on our “The Best of Pro Country” playlist!*