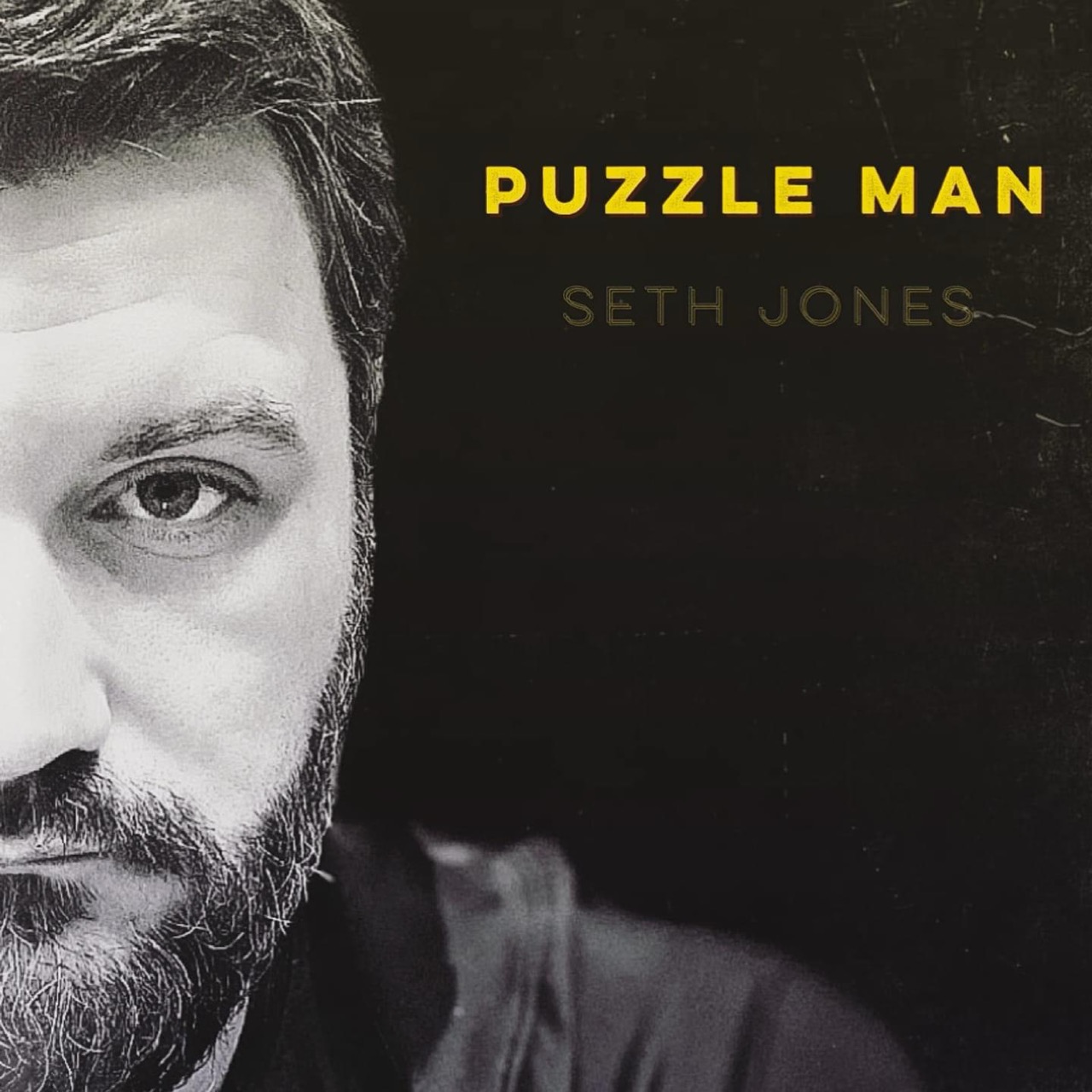 Seth Jones is a fan of words. And though his new album Puzzle Man is sonically pleasing, he hopes listeners take a deeper dive into the lyrics of each of the album’s 12 songs.

After releasing albums that border on punk, folk and country in the past, Jones proves that he’s right at home with his George Strait and Cody Jinks inspired sound that comprises his new album. Steel and fiddle are both given their time to shine while twangy guitars and Jones’ knack for storytelling capture the ear as well.

We chatted with Jones about his diverse influences, his sonic and recording approaches to Puzzle Man and what he hopes listeners take away from the album, new music and more!

Seth Jones: I have listened to so many different types of artists through the years. From My Chemical Romance and The Used to Bayside and NOFX to George Strait and Tim McGraw to the old country classic to the new stuff. I like to think it all influences me as a songwriter. I’d say Old 97s, George Strait and Cody Jinks were big influences on the Puzzle Man album.

PC: When did you realize you wanted to pursue a career in music?

SJ: I’m still not sure I want to! The business side of it is just terrible. I mean, I’m sure there are folks who love it and are made for it, but I’m just a nerd, poet, bodybuilder and weirdo. I don’t know how deep I want to go into the music business, but I do know that I’ll be writing songs forever. I’ve worked on it too much and I can’t stop; I’ve tried. I’d say at at 17 when I was in a rock band, I realized how fun music could be. I haven’t stopped dreaming about it since then. 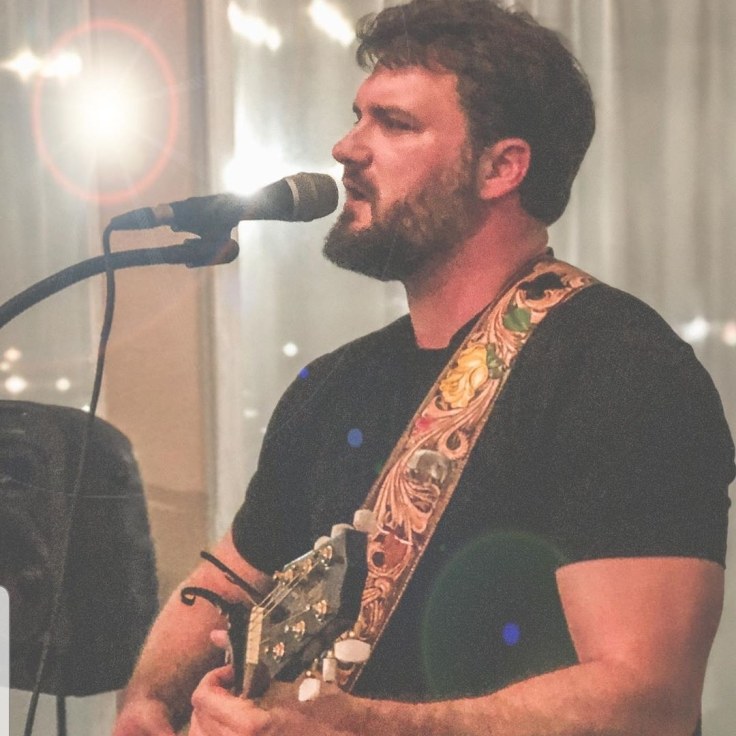 PC: What emotions were you feeling as you were preparing to release Puzzle Man?

SJ: I actually released a few punk folk albums years prior, but this was definitely different because the level of quality was so much higher. Also, it was a more dedicated sound. The punk folks records were kinda punk, kinda folk, kinda country. Puzzle Man was undeniably a country record. My feelings before I went into the studio were that of a beaten down sceptic. After that first session when we recorded “Puzzle Man” and “Mishandled Heart,” I was giddy all the way up to the day of release.

PC: “Puzzle Man” is one of the standout tracks on its album, and serves as the lead track. Why did you decide to make that song the title track of the album and have it lead off the album?

SJ: An easy, shallow answer is that I thought it had the widest appeal, as in the most people would like it. The deeper answer is that it did the perfect job of setting the stage for the album and for me as an artist. It set up a story of a guy who isn’t quite normal, is hard to love, but can’t escape love, no matter how hard he tries.

PC: “Never Learn” is one of our favorite songs on Puzzle Man, can you talk about the inspiration behind that song?

SJ: I honestly thought “Never Learn” would be more popular than it is. I get excited when people tell me it’s one of their favorites! That song is personal as Hell. I often try to sabotage my marriage because I hate myself for being responsible for my wife’s happiness and knowing that I can’t keep her happy. I’m in a constant stage of guilt. I’ve never cheated, I’ve never told lies beyond those little white lies we tell to avoid stupid fights. I’ve sacrificed dreams and worked my ass off to help us have a decent life. I’m probably a pretty good husband, but it rarely feels that way. Couple that with chronic intermittent depression and you have songs like “Never Learn.”

PC: Most of the songs on Puzzle Man deal with love or love lost in some capacity. Was love an intentional theme as you were putting the album together, or something that happened naturally?

SJ: Every song on that album just kind of happened. At no point did I say “Oh, I need another love song to balance out the depressing ones.” It all just happened. Someone asked me how I came up with “Lighthouse,” and I said “I have no idea.” I just played a riff and started writing. I will say that I put myself in my wife’s shoes for some songs, such as “Love You Anyway” and “I’m Here For You” (to an extent) and that transmogrification was intentional.

PC: Do you have a favorite song on Puzzle Man? If so, why is it so special to you?

SJ: “Puzzle Man” makes me very happy because it was one the first songs I wrote when I decided to stop writing punk songs and start writing some country songs. After I wrote it, I remember thinking “I’m a seasoned songwriter. I can write whatever the Hell I want to.” It basically gave me confidence as a songwriter capable of diversity.

PC: As a whole, Puzzle Man taps pretty heavily into a 90s, classic country sound. Can you talk about the sonic goals you were aiming for when creating and recording the album?

SJ: This is funny. I almost didn’t even want to record anything. I was very depressed and my albums never quite turned out how I imagined them. I filled out the studio’s quick questionnaire online and under the genre section, I said “country.” Under the instruments section, I put “Guitar. Bass. Drums. Fiddle.” When I got into the studio, I played them my songs on my guitar and they basically pushed my ass into a closet while they took over the music. They are incredible. I’m not 1/10th the musician that these guys were 20 years ago. Sonically, it was all them. I did give input and changes I wanted made, but I was very careful not to get in their way. Now, this next album that I’m recording now, I’m being a little more pushy since I know the drill now, and it’s paying dividends.

PC: What do you hope listeners take away from the Puzzle Man album after listening all the way through?

SJ: Honestly, my main request is that they listen to the words. Listen to the album twice; once to enjoy the music and the song as an enjoyable sound, and another time to really listen to what I’m saying. I feel like song nerds will enjoy skillful lyricism, while people who are simply real, emotional folks will enjoy what is being said.

PC: 2020 has altered many of the plans of artists so far. Of the things you can control, what are your plans for the rest of the year?

SJ: Well, my plans were to play more shows. This is a difficult time to fulfil such a goal. But my other plans were to record another album, and that is happening with very few hitches. I do anticipate the next album will be released this year. It will have a duet with an extremely talented known up-and-comer, a song that sounds like a small symphony, and a song that is straight up thunder-crashing-on-a-mountain-top rock and roll. And, of course, lots of real country music with fiddle, steel, and mandolin in it. I really think people will love it.

SJ: This was an excellent interview and I am very grateful for your attention. I am also eternally grateful to my fans and supporters. They don’t just support my passion, but they literally make my life seem more worth living. This is not hyperbole. If I stopped receiving their support, my life would seem dull and empty. I can’t stress enough how happy I get when someone relays to me their praise. I can’t explain how happy I get when someone shares my songs with their friends and family and social media followers. I wouldn’t keep doing this without people like you and them, so thank you so much. And the last thing I want to say is to be nicer, more kind and less hateful to others, especially online. So many people have gotten terrible and they don’t even realize it. Let’s all reevaluate our actions! Thank you! 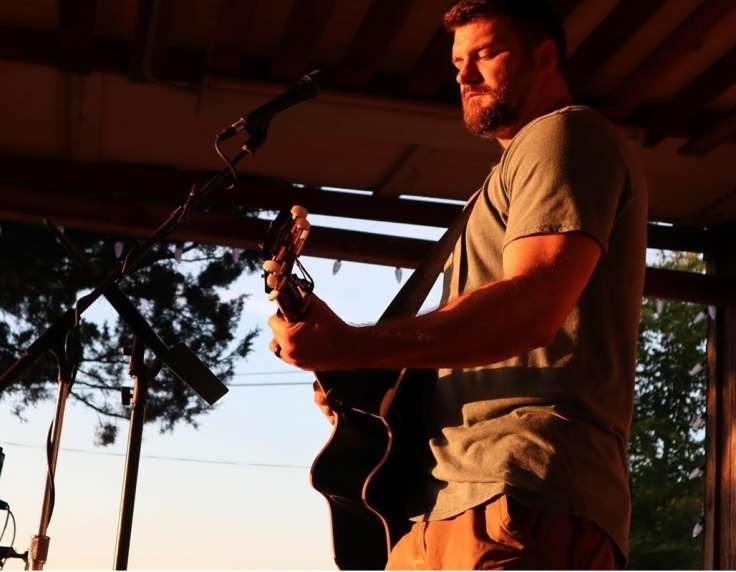