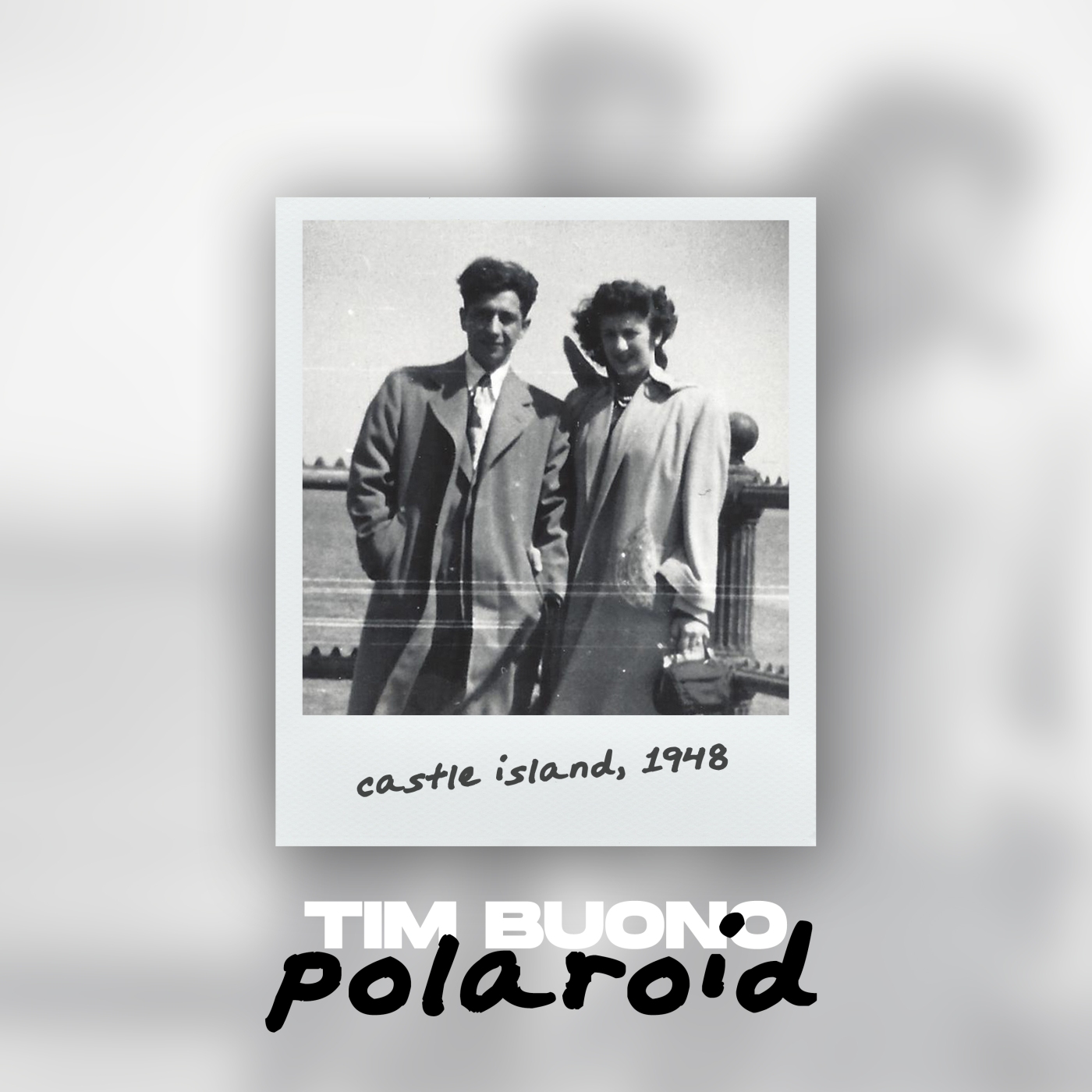 Sometimes a picture is worth a thousand words, but for Tim Buono, a picture was worth verse and rhyme, which has become his new single, “Polaroid.”

There’s nothing better than stumbling on old photos of our grandparents; it’s like jumping in a time machine. Buono and his writing partner and producer, Aaron Chesling, took that idea and ran with it, crafting a story about going through old photos of grandparents who have since passed on.

““I had the idea for ‘Polaroid’ after seeing some old pictures of my grandparents and realizing how those pictures told a story, one of them is even featured on the album cover,” says Buono. “I brought the idea to my buddy Aaron Chesling, who has become my main writing partner and producer over the past few years. The song really came together pretty quickly once we decided on a direction we wanted to go in. We decided to write it from the perspective of finding an old photo album while going through your grandfather’s old things after he passed away, even though my grandfather is 96 and still healthy! We wanted to tie in certain things about my grandparents that would make the song more personal. For example, there’s a line that talks about the year 1948, and that was the year that they got married.”

After mulling around with the sonic feel of the song, Buono and Chesling felt that leaning into a more traditional country sound and layering the song with steel guitar was the best way to serve the song.

“Once the song was written, Aaron and I talked about a musical direction of the song and we decided on a traditional country sound and leaning heavy on the pedal steel,” says Buono. “Aaron took that idea and brought it to life with an incredible production and sound.”

Buono credits Chesling and his collaborators in the studio for the finished product; a song he says he’s immensely proud of.

“I couldn’t be more proud of this song and the way it turned out,” says Buono. “A big thank you to Aaron Chesling, all of the studio musicians, and Asphalt Music Group for bringing this idea to life!”

One thought on “Tim Buono Reminisces on New Single, “Polaroid””