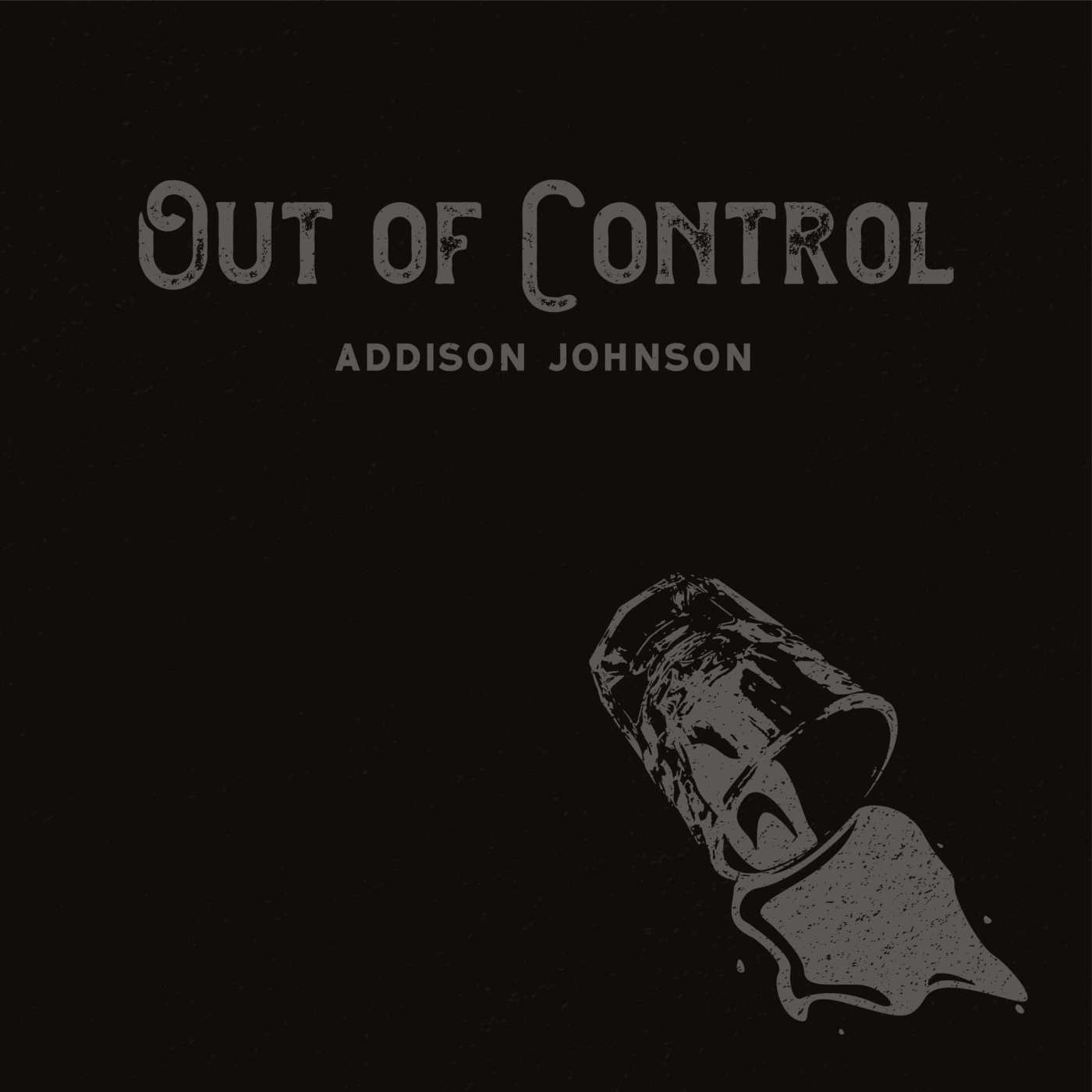 It’s a story almost as old as country music itself; when love’s flame burns out, it’s not uncommon to find the beau of the story at a local watering hole trying to drown the memory of the love gone wrong, but damn, is it effective and a breath of fresh, familiar air when an artist does it right. And with his new single, “Out of Control,” Addison Johnson did it right.

Johnson’s five minute, steel-soaked heartbreaker was spawned from his connection to the music and life of George Jones. Weaving in personal experience with a song he would have liked The Possum to hear, Johnson churned out “Out of Control.”

“There is not an artist that has had a bigger impact on my mental health than George Jones; for better or for worse, and I can relate to him on a very personal level due to my own struggles with the bottle,” says Johnson. “My two biggest regrets in country music are not being able to see him perform live and not having the opportunity to pitch him a song. His music has meant more to me than any other artist, so this is my attempt to write the song I would have pitched to him. Hank Williams was the first. George Strait is the king. But, The Possum is the G.O.A.T.”

“The fans chose this single,” says Johnson. “I have played it live quite a bit, and with each show, the fan response and number of requests for it grew, so it quickly moved to the top of the release list.”

“Out of Control” continues an aggressive release strategy for Johnson, coming less than a year after the release of his last record, Dark Side of the Mountain. He says internal competition and constant work in both writing and recording rooms draws him to keep that pace.

“I’m constantly trying to work on new music. Typically, by the time I release an album, I’ve already got another group of songs ready, so between releases, I try to outdo what I’ve written to make each album as strong as possible,” says Johnson. “Basically, that means I’ve got a lot of songs that don’t make the cut, but those I believe to be the strongest are ready to record and release.”

With Dark Side of the Mountain, Johnson surely released his best collection to date, and the fruits of that labor, along with the support of traditional country music fans, drove the album to number three on the iTunes country album chart on release day, which he says validates the work he has put into his craft.

“It feels like confirmation that things are moving in the right direction, but it says more about the people that support me, because there are still a lot of people out there who love real country music and traditional story songs,” says Johnson. “In this business, it’s really hard to measure success because there are so many paths, so for me, each year I set out to make it better than the last.”

With the first chapter of his next project out into the world, Johnson says he looks forward to taking his music on the road in 2022, all the while, having a few more single releases up his sleeve.

“I’m looking forward to getting out on the road with some of my favorite artists, as well as returning for another European run,” says Johnson. “I do plan on releasing another couple singles this year while I tour and work on the new album, planned for release in early 2023.”

*”Out of Control” is featured on The Best of Pro Country playlist!*