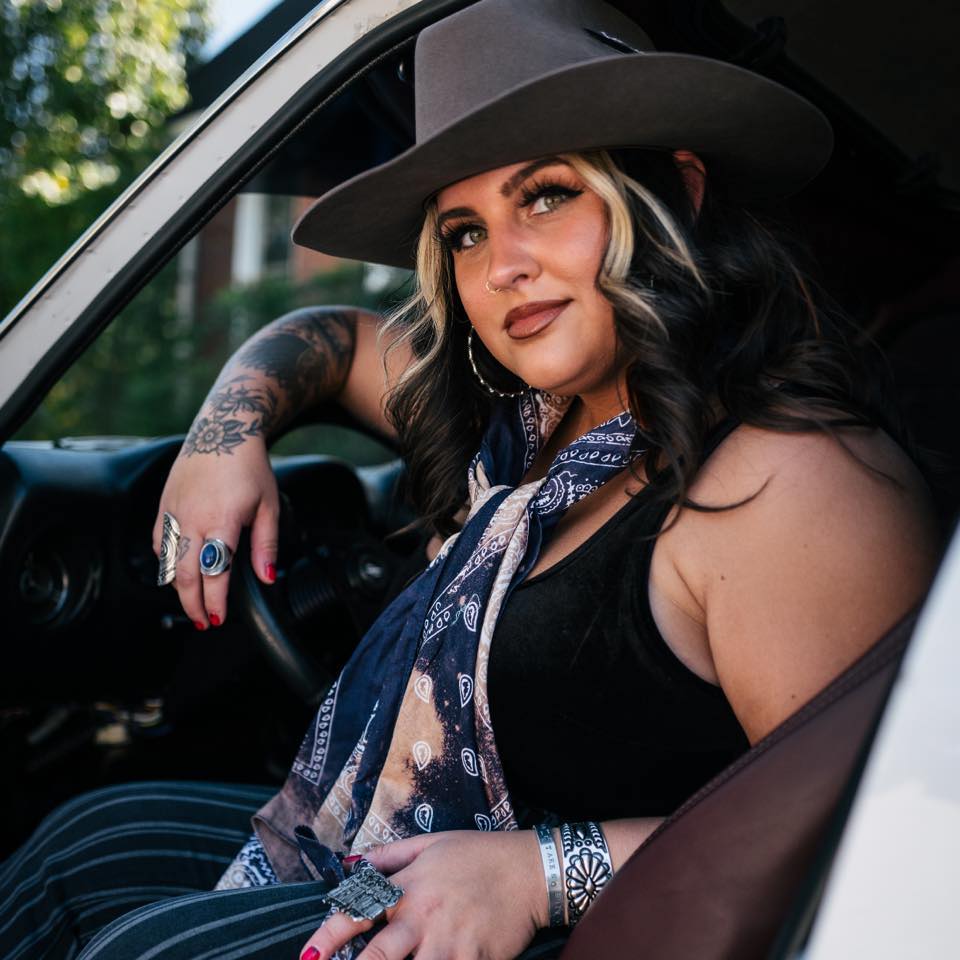 How does an artist follow up a year like 2021 that was far and away their most successful year to date? If you’re Taylor Austin Dye, you release what may just be your best single to date. In Dye’s case, that song is the heartbreakingly relatable “Like You Do.”

Though cheating songs are a staple in country music, both past and present, Dye offers a new perspective on the subject and a different look on a typical “love triangle” scenario. Vocally, she sounds as good as ever, and if 2021 was any indication, Dye is about to have herself a major breakthrough year in 2022.

We caught up with Dye to chat all about “Like You Do,” which became her third consecutive top 30 single on the iTunes country chart, as well as her big 2021 and what she learned from it, her big plans for 2022 and more!

Pro Country: 2021 was a massive year for you professionally, charting two top 25 singles on the iTunes country chart, both of which also reached the top 100 all genre. How do you look back on last year professionally and what it meant to you?

Taylor Austin Dye: This past year has been a whirlwind to say the least, and was full of amazing moments for myself as an artist. As you mentioned, both songs I released charted and they are still climbing in streams every day. I was able to tour more than 10 states and meet some of the best people (aka my “Ride or Dyes”) along the way. I was fortunate to spend time in the studio to record new music that will be coming out this year. Not only did this year bring crazy experiences and opportunities, it brought along with it a sense of confidence in myself as an independent artist. 2020 stole so much from all of us, and looking back on ’21, I believe I made up for that lost year and then some! With all that being said, these accomplishments in the last 12 months have only made me want to work harder than ever before!

PC: Personally, what, if anything, were you able to learn about yourself as an artist or songwriter in the midst of your success in 2021?

TAD: I have learned so much about myself throughout the course of this past year, it’s almost hard to narrow it down to one thing. I think the main thing I’ve learned is that I am able to push myself much more than I ever thought I could! Between playing well over 100 shows, writing, creating social media content, weekly TikTok live streaming and being in the studio, it has been a very fast paced year for me. Sometimes trying to fit everything in (and still have a social life) is overwhelming, but I have learned that I can do it all and even more if I set my mind to it and keep strong with my priorities. Although it is hard to do, and I do fail at times, the reward is amazing!

PC: You’re following your last single, “Water Me Down,” with a heartbreaking ballad, “Like You Do.” Can you talk about why you felt “Like You Do was the right follow up?

TAD: I always like to mix things up when it comes to my releases. If you go back throughout my singles, you can almost see the pattern. “Water Me Down” is such a fun, sassy, and light hearted song, I thought I would keep it interesting and throw out a heartbreaker. I also really like having the variety and versatility in my repertoire; some days you just want to listen to sad country music!

PC: “Like You Do” offers an interesting perspective on a cheating song. Can you talk to us about the inspiration behind the song?

TAD: “Like You Do” paints the story of a woman who is married, but she is really in love with someone else. She struggles to get out of her current situation because her husband hasn’t really done anything wrong. He just doesn’t ‘get’ her like the other man in her life does. Throughout the song, she states that she knows she shouldn’t be having this affair, but she’s doing it anyway. She is back and forth with what to do, but ultimately chooses to end her marriage for the man that she is in love with. While this isn’t the easiest of subjects to write about, I wanted to tackle it because you don’t really hear songs like this in country music today. Some might consider it a ‘touchy subject,’ but I really enjoy writing songs that can invoke that kind of deep emotion.

PC: The last time we talked, you mentioned that “Like You Do” is probably your favorite song that you have recorded. Can you talk about what earned the song that distinction?

TAD: As I stated before, I really love writing songs that grab the listeners attention with relatable and emotional content. Having written this song over five years ago, I have had plenty chances to play it out at my shows and writers’ rounds, and I always get an overwhelming response from women who say that they feel like this song was ‘written just for them.’ Since I have been able to share it on TikTok recently, I have gotten the same response there. As a songwriter, there is no better feeling than hearing that from your audience. Aside from its subject, I was really stoked with how the recording came out. The first time I got to blast it over my car speakers when I got the master back, I remember getting cold chills. To me, that is how you know you’ve got a good one. I had some incredibly talented players and friends on it as well, which makes it even more special to me.

PC: Thematically, “Like You Do” is quite different than anything you have released previously. How much do you enjoy the challenge of finding new perspectives to write from and diversifying each single release?

TAD: I’m always looking for the next clever hook or idea, and I love chasing that with every write I go into. I could write a hundred drinking songs or a hundred cheating songs, but I am always looking for that one angle that could set it apart from the endless sea of music out there. My next single is also a cheating song, but I think you’ll be surprised to hear how I chose to spin it 😉

PC: Of the things you can control, what are your plans for 2022?

TAD: As for 2022, I will be putting out several new songs just in the first quarter! I have added so many new cities and venues to my schedule and I am looking forward to meeting more of my ‘Ride or Dyes’ out there on the road! I am dedicating this year to writing for my first full album. Stay tuned for that!

TAD: Thank you so much for your support! If you want to follow along with my music career and become an official Ride or Dye, feel free to follow me on Instagram, Facebook and TikTok. And if you’d like to catch me at a city near you, be sure to check out my tour schedule.

*”Like You Do” is featured on The Best of Pro Country playlist!*