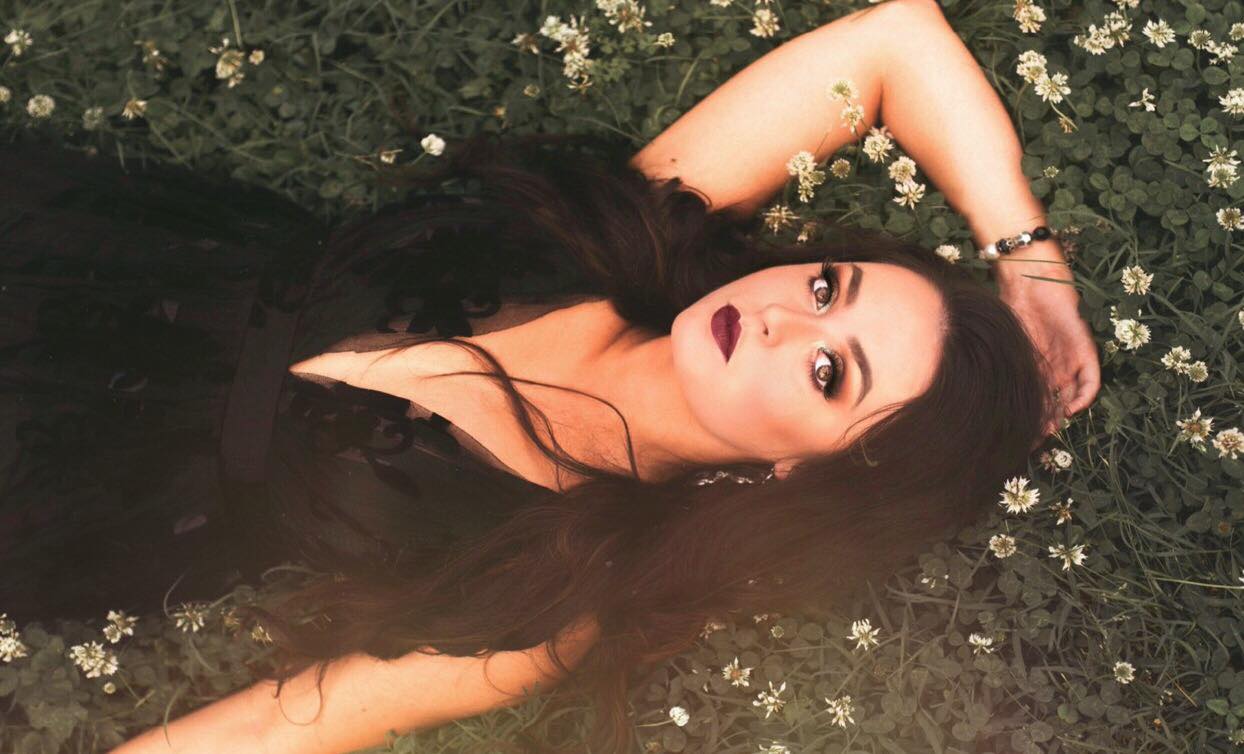 You only get to release your debut EP once. An artist only has one chance to make a solid first impression with country music fans, allowing a career to begin to gain traction.

Marisa Ray made the most of the opportunity, releasing her debut EP, “Bent, Not Broken” in June, 2018

Through crowd funding and belief from those in her inner circle, Ray was able to release her EP, which showcases her influence from traditional country music with her own unique and modern twist on the material.

Read below to get to know Marisa and her start in music, get the backstories on all four songs on the EP, as well as some insight on what she has coming next and more!

Marisa Ray: I grew up being influenced by incredible country artists such as Shania Twain, Alison Krauss, Lee Ann Womack, Reba, George Strait, Travis Tritt, Brooks & Dunn, etc. It was a blessing being exposed to so much genuine country music and all the traditional country elements it holds from a young age. I grew up appreciating the sound and the great writing. I also grew up with a lot of 80s rock, such as Def Leppard and Poison. It was a great combination to be exposed to.

MR: I always knew that I had a special connection to music that I did not have with anything else. Country music has always been a comfort and something I could rely on for advice or simply receive joy from. I fell in love with the way a song could make you feel, and how it can tell an entire story in the matter of a few minutes. I’d have Shania Twain playing in my CD player and sing at the top of my lungs into a hairbrush and would watch myself in the mirror. I grew up singing in choirs in school, and was part of a theater program that gave me the opportunity to get vocal lessons, participate in musicals, and get used to being on a stage.

I’m blessed enough to have parents that have encouraged me and supported me to dream big and never settle, and they moved me to Nashville at age 13. A year after living in Nashville, I got the opportunity to open for Gary Morris and Merrill Osmond of the Osmond Brothers. It was just me and my guitar on a stage in front of 600 people, and I fell in love with the way I felt about myself while performing and the way music has the power to make others who are listening feel too. That was the moment I knew I wanted to sing and write music for the rest of my life.

JL: Your debut EP, “Bent, Not Broken,” was partially crowd funded. How validating is it for you as an artist for people to show that kind of belief in you?

MR: Words cannot express how touched I am from the compassion I have been shown. It’s been incredible to experience how supportive and loving my family and friends have been during the entire process of getting out my first EP. Releasing music independently is a challenging, expensive process, but the most rewarding journey I could’ve asked for. It has been a blessing to get my music out and hear how friends, family, and strangers are reacting to it. To all of you who helped “Bent, Not Broken” happen, I cannot thank you enough for believing in me and helping me hit the ground running.

JL: The song “Bent, Not Broken” has clicked with fans since its release. Was this an autobiographical song? What is the biggest message fans should take away from the song?

MR: I wanted to write a song titled “Bent, Not Broken” and name my debut EP after the track because of how much it represents who I am. I resonate with that phrase because it describes me and my journey. I went through some tough experiences and hardships during my teen years that I had a very hard time getting through and recovering from. But I did, and I managed to not give up dreams or lose myself in the process. The struggle made me strong and gave me the thick skin I need in order to push through what life throws at me in the future and to be successful. That’s what “Bent, Not Broken” is about: having setbacks, hardships, and struggles, yet not letting it all define you and break you. It’s choosing to accept your bruises and scars, and see the best of every situation.

JL: “People Change” is my personal favorite song on the EP, and is a pretty personal song. Is it at all weird for you to be that vulnerable and put yourself out there to tell that kind of story?

MR: It is actually very challenging to be so vulnerable, honest, and open about pain and heartache. When I went through dark times, I had the choice to let it break me or keep my head up and move forward. I chose to be strong and not let anybody see my pain and struggle. So when you get used to being strong and hiding your feelings, it is hard to let those walls down and be honest about how you feel. Writing the entire EP helped me grow incredibly as an individual and was very therapeutic. I didn’t want to sugar coat anything. “People Change” definitely has a special place on the album and in my heart.

When I was writing “People Change,” I initially didn’t want to give the boy who broke my heart the satisfaction of knowing that he hurt me. But then I asked myself, “so what?” He may have hurt me significantly for a while, but he made me realize how I deserve so much better, and I am grateful to him for that. In the song, I explain how a boy I loved at the time turned into a different person throughout our relationship. But it also explains how I changed as a person as well. He turned into somebody who wasn’t worth knowing, while I changed into a stronger woman from it. I didn’t need him to value me or love me, because I valued and loved myself. I want my listeners to know that pain from a broken heart is only temporary, and that sometimes there are benefits to things not working out. It only means you deserve better and will receive better. And until then, loving yourself is more than enough and the only validation you need.

JL: Was “Get Out of This Town” a message to yourself that you needed to hear? What message do you hope comes across with this song?

MR: Before moving to Nashville, I grew up in a small town which happened to also be small-minded. In school, there wasn’t a single day that I wasn’t talking about music and how I wanted to be a country singer and write songs. I didn’t dream about finding prince charming and staying in that town. I was focused on my own dreams and career. I was bullied heavily for that, even by some of my teachers. I had several of my teachers tell me that I had no talent, that my dreams were childish and stupid, and that I would never achieve anything I dreamed of achieving. I’ve never been the type to want to do what everyone else is doing and settle instead of reaching for something bigger, and because of that, I knew I wouldn’t grow or achieve what I dreamed of by staying there.

My parents moving me to Nashville was scary at first. I went from a small town with a lack of opportunities to a city full of dreamers and risk-takers. But as soon as we got out of that small town, I saw the beauty of a fresh start and new opportunities. You never have to settle with where you are at.

JL: “Games” is a great southern rocker; and though a bit of a different sound from the other tracks on the album, is a great album closer. Was it important to you to have a few different sounds and styles for your debut release?

MR: This was my first music release to the public, and so I definitely wanted to experiment with different sounds. With each song/album you write, you grow as an artist and songwriter. Right now, I am writing like crazy, and still navigating what my sound is and see where I end up in the country genre. “Games” was a blast for me and a chance to show the sassy side of Marisa Ray after writing such vulnerable songs.

JL: How has your time at Belmont University helped you with your music career so far?

MR: Belmont has been such an important part of my journey, and I am grateful for it every single day. I get to be in the city I love while pursuing the dreams I have, and be in an environment that encourages me to grow. It is really challenging sometimes to balance pursuing an education while also pursuing a music career, as they both are very demanding. The great thing about Belmont is that I am able to learn about the industry while applying what I learn to my own career.

JL: Can you describe your music/sound in a few words for someone who may not have heard you before?

MR: My goal as a country artist is to incorporate all of the elements that traditional country music has, while giving it my own modern take.

JL: How hard is it to be a new female artist in country music right now? Does it almost seem like an uphill climb from the start?

MR: It is definitely a challenge being a new female country artist in today’s country genre. The music industry for the most part has been a boy’s club, and it is a matter of trying to break in. We face gender bias and are often times offered less opportunity. However, so many women in country music are helping to change that. It’s time for bro-country to take a step aside, and let women knock the doors down.

JL: What is next for you and your career?

MR: I am currently writing for my next project that I plan to release within the next year. I am about to get in some writers rounds and do some shows around Nashville. I also plan on going on a radio tour very soon.