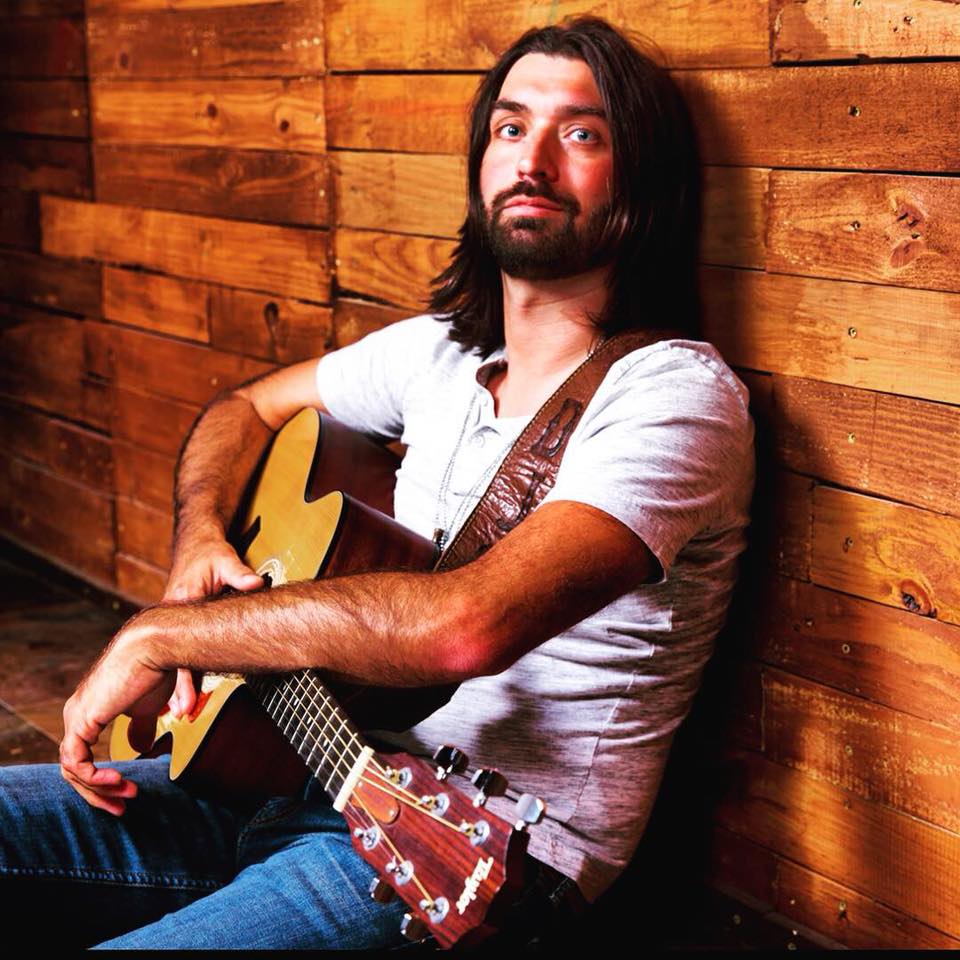 It is often said that versatility is very important in any form of artistry.

Olson, who released his debut EP “Prayer of a Simple Man” earlier this year, is already preparing to release new music. Before he does, here’s your chance to read up on his debut, his influences, and what people can expect from his new music! 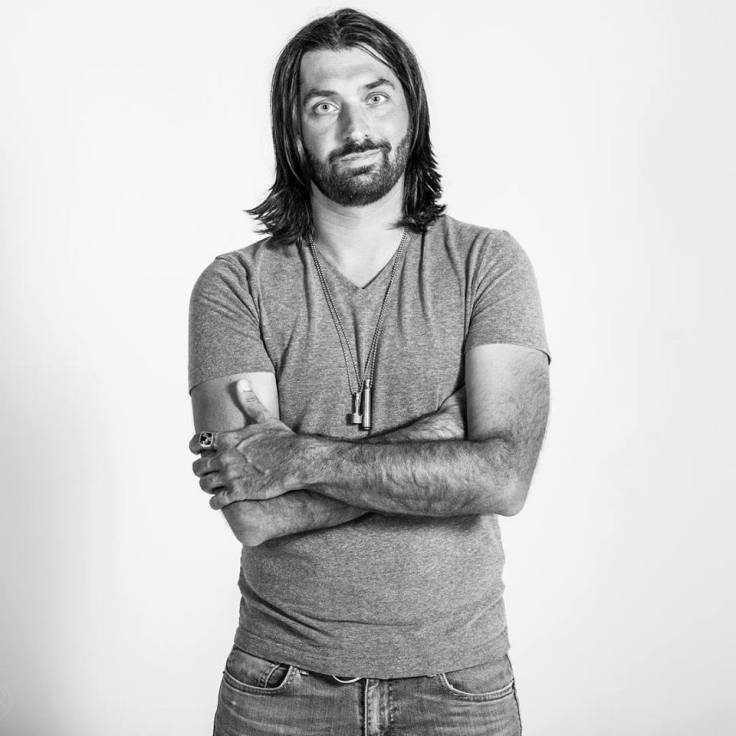 Dustin Olson: It was all over the place. My mom loved Christian rock. I did a lot of church stuff. Lots of youth group, so there was that. She also had a wild side when she was younger (it was the 70s, who didn’t!) so there was some classic rock mixed in there too. My dad had us listening to lots of Elvis, Johnny Cash, Waylon, Dr. Hook. All of the good old rock and country. I would probably say Elvis and Springsteen were at the top of my list along with Waylon. In high school and college, it was all 90s rock. I didn’t truly fall in love with country till later on. Eric Church, Kip Moore, Dierks- all of those guys really got me into listening to country almost primarily. Someone introduced me to Red Dirt and Jason Boland. I think Boland might be the single biggest influence that got me playing and writing country music. The songwriting is incredible. Now for me, it’s a mix of everything. The classics I grew up on, mixed in with the red dirt, mixed in with the new Nashville stuff. It’s funny because all of that mixed basically describes the Jon Pardi, Brothers Osborne, Midland, Eric Church stuff, and I really think that’s about where I fall in line.

DO: My entire life I was always into it, I just never really played. [I played] Sax in middle school, a little bit of piano with my grandfather and grandmother. I think I was about 13 when my grandfather passed away. I don’t think I touched an instrument again till I was much older, it was always on the sidelines. I even ended up running sound for some friends until my brother bought me a Stratocaster for Christmas. 2010 I think. I played for a couple months, got frustrated, and quit. Later that summer, after running sound one night, I was a bit tipsy and bought a new Taylor. 1000 dollars later, you’re damn right I started practicing. Next thing you know, I’m hosting an open mic, with no idea how to play or sing. I learned on a stage in front of people, every week for 5 years. The defining moment though was in 2013 I believe. I last minute got asked to play a side stage at a major country festival. My first ever solo performance, thousands of people. I fell in love with that rush. I needed it, craved it and I haven’t looked back since.

PC: You have a Bachelor’s Degree in Sociology and a Master’s in Finance. Did you feel any pressure, internally or externally, to achieve a certain level of success in your music career after the time you spent on your education?

DO: Zero pressure. Its plan B. Those will always be there waiting. I am learning enough in the music business. I think someday if I decide to put my guitar down, I can be an asset to someone with the mix of education and music experience. My mom found out she was terminally ill, it was kind of a turning point in life for me; so young and so much unfinished business. She told me to do what I want to do. Be happy. Live life to be happy. Ever since, I have refused to live a life that I can’t look back on someday without regret. It’s tough. The ups are way up and the lows are way low, but ultimately, I am the happiest I have ever been. If I end up very successful, great! If I lived the happy life and know I tried and enjoyed doing it, even better!

PC: How has your move to Nashville helped you all around as an artist? Is it a bit intimidating when you first get to town?

DO: It is the scariest damn thing I have ever done. I moved here and lived in the green room of a bar for the first six weeks. I could literally lay in bed and watch bands at night. As far as music, it took me a whole year before I had the confidence to get on a stage and play for anyone. Everyone is so good. You take the best folks from every part of the world, and they all come to the same damn city. The talent here is unreal. Once you realize everyone is better, it drives you to get to that level. Everyone is extremely nice and helpful here though. They help you along. I have come such a long way in a very short time just from being surrounded by talented, like-minded people. I don’t want to fail or go home, so that kind of pushes you along too. There’s so many people back home that are pulling for you. You gotta do it for them too.

PC: On your bio, you mention “days of self-doubt.” What did you do to get past those doubts and how has it helped you?

DO: That kind of goes back to that first year here. Just the intimidation and not thinking you’re good enough to be here. You have to move past that and just say “I’m gonna kick this thing’s ass and go out there and do it.” There is nothing more artistic than self-doubt though. I think it’s probably something any creative person deals with in any art form. Surrounding yourself with good, honest friends is the best thing. The ones that will say, “Hey, that sucked, you can do better.” (laughs). You know what, yeah I can. Then you just work harder and then you do better.

PC: “Her Daddy Raised Her Right” serves as the lead track on the “Prayer of a Simple Man” EP, and is one of the songs that has connected with your fan base. What do you think it is about that song that has struck a chord with your fans?

DO: I think it’s the most fun and relatable song. I also think it’s probably the song I sang best on the record. It’s just one of those sweet, feel good songs that everyone likes. Who doesn’t love a song about a good country girl?!

PC: “Dust on the Dashboard” was the first single released from the EP. What led to the decision to release that song first?

DO: “DOMD” was probably the most fun and the best song to make a video about. I honestly think this is the most popular of the songs on the album despite what Spotify stats say. It’s usually a hit live and gets everyone dancing. We also just had a great, fun idea for a music video for it. I don’t know. It just made sense (laughs). I actually have a great music video idea for “Her Daddy Raised Her Right,” but I dunno if we will ever get to it. I’m gearing up for a new single and album, so we might be moving on soon.

PC: “Bound to Come Around” is a pretty intense song, and is one of the standouts on the EP. Can you talk about the inspiration behind this song?

DO: “BTCA” is definitely the oddball on the album for sure. Not quite country, not rock. It honestly reminds me of an Allman Brothers kind of song. I actually got the idea sitting in a dive bar somewhere one day. I think I probably had a few shots of Jack sittin’ in front of me, and I can’t even remember the conversation, but I remember this old-timer saying, “Better watch out boy, you go lookin’ for that devil, he’s bound to come around.” I thought damn, that’s going in my notes. I think it was one of my favorites to work on in the studio as well. Barny Robertson did some amazing organ and piano work on it, and Carter Robertson made it come alive with her background vocals. They both played and sang with Waylon. It was kind of a surreal experience to have folks that played with one of my heroes on my album, and I think they absolutely made that song what it is. I can’t thank them enough. Cowboy Eddie Long’s (Hank Jr/Jamey Johnson) steel guitar on it was also amazing. All in all, it’s a very eerie, creepy song. The production definitely captured the feelings of the lyrics. I am still unsure what to do with this song. I think it needs to be the intro to a Sons of Anarchy type of Netflix show.

PC: As a whole, what do you hope people take away from listening to “Prayer of a Simple Man”?

DO: I think it was a great first album for me that should give people an idea of who I am. Right in the traditional/new country mix. I would love to go back in and change some things, but hey, everyone likes it how it is, and I am happy with that. It’s really a fun album, and I hope it’s as fun to listen to as it was as fun for me to create and write.

PC: What plans do you have for the near future?

DO: I am about to drop a new single here very soon. I’ll be announcing that at some point in December, and am hoping to release the song at the end of January. I can’t wait for everyone to hear this one. It may be the best song I have ever been a part of writing, and it really shows growth for me as an artist and as a writer. After that, we’re hoping to get a full album out by spring time. I already have 4 or 5 songs ready to go that we are very happy with. I would love to get that number closer to 20 or more so we can pick out the best of the best. Lots of writing and studio time in the near future for me! But I want this album to really blow people away. I think I have matured quite a bit since writing “Prayer,” and I feel like there’s going to be a huge “Whoa, okay!” when people here this new stuff.

DO:  I think I’d just like to leave everyone with what I like to tell everyone. It’s probably cliché, but living life to its fullest should be your priority. Find what makes you happy, whatever it is, big or small, and just reach for it and do it. Don’t think about it, really do it. And when you get your ass kicked, keep doing it till you get it right. It’s scary, but worth it!