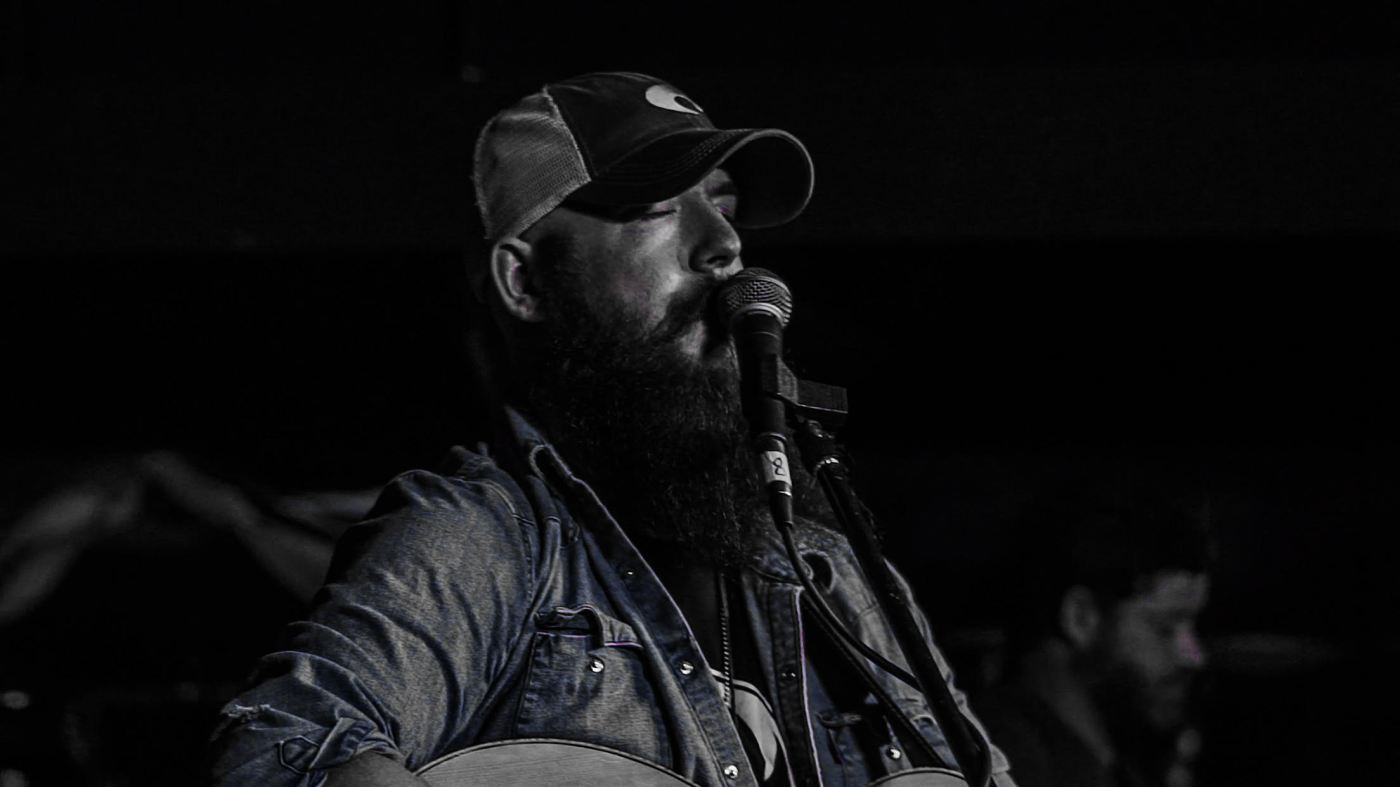 It has been said by many that music is one of the most powerful things in the world. It can break your heart just as fast as it can heal it. People turn to music for many different reasons to escape everyday life.

Pittsburg, Kansas native Tim Nowell has felt music’s healing power in his life, and has done his part to carry on that tradition. Nowell’s ten-track debut album is one that he hopes can heal people the way that his favorite albums have healed him.

Get Nowell’s take on growing up in a musical family, opening for national artists, the stories behind some of the songs on his album, and more!

Tim Nowell: I’m a fan of all country music eras, but my favorite & biggest influence would have to be Merle Haggard and the rest of the outlaw country from the 70’s and 80’s. Growing up, I was always around country music. I have cousins, uncles, aunts, and everyone in between who play. I can remember as a kid sitting around campfires listening to them playing acoustic guitars and singing country, folk, and bluegrass songs. That was the definition of cool to me. My cousin Keith was actually the one to teach me my first couple chords on the guitar. As far as today, I really dig what Luke Combs, Cody Johnson, Logan Mize & the red dirt artists are putting out.

PC: You didn’t pick up the guitar until you were in your 20s. What was it about music that drew you in during that time of your life?

TN: I had always wanted to learn to play, but I’d say the turning point to draw me in was seeing Kenny Chesney at Arrowhead Stadium in Kansas, City MO. A few years later, my Mom asked me what I’d want for Christmas, and I told her a guitar. Christmas came and I had myself a pawn shop Fender. Thanks Mom!  I learned some chords and dabbled in writing some songs. I played a few for some friends, and they really liked them, so I showed a few more people, and pretty soon, I got a small show booked, and the rest is history. I’d still like to thank those 5 people who were there in attendance (laughs).

TN: I got the chance to open for Keith Anderson in Manhattan, KS. It was the first time I had experienced sharing the stage with a national act. Playing in front of that many people, hearing that kind of reaction, and having fans come up to me after my set wanting pictures taken with me was out of this world. Performing is like nothing else for me, and when I had a taste of that, I knew that is what I wanted to do for the rest of my life!

PC: Were you feeling any type of pressure, internally or externally, as you were preparing to release music for the first time with your debut album?

TN: There was a little pressure to be felt, but I was more excited than anything. When you put your music and lyrics out to the world, you are going to want everyone to love it. Sometimes that may not happen, but for the people you connect to, that’s what it’s all about.

PC: Why did you decide to release “Tape in the Dashboard” as the first single from the album? What does it mean to you when you hear it being played on your local radio stations?

TN: “Tape in the Dashboard” is my favorite track off the album. It’s a tribute to all the outlaws in country music who have stood the test of time. It’s also special to me because it’s back story is about my family. As I mentioned before, it seems like everyone down the line can either play an instrument or sing. I felt like my first single should represent who I am and a shout out to the ones who I grew up listening to and admiring.

PC: Though it hasn’t been a single, “Whiskey When She’s with Me” has gotten a great response. What do you think it is about that song that has allowed it to connect with people the way it has?

TN: “Whiskey When She’s with Me” is one of those two-steppin’, foot tapping songs. I think it’s relatable as well to a lot of people. When you have that one you’re all about with you, it’s like drinking whiskey and having a good time. When they are gone, it’s as bad as having one of those morning hangovers.

PC: “Willie, Waylon and Booze” is one of the standout tracks on the album. Can you talk about the inspiration behind that song?

TN: I’m glad ya dig it! This track was one of the first songs that I wrote. With most of my music, it’s not always about a certain event or person, but more so things I take from my past experiences or maybe a friend’s story, and mold them together to paint a picture. What do most of us do when going through a break up? Go out with your friends, drink a few, and listen to music to forget. There is nothing that Willie, Waylon, and some cold Busch Light can’t cure, right?

PC: You wrote all of the songs on your album by yourself. What kind of validation does it give you, as both a songwriter and as an artist, when you see people connecting with your songs that you wrote yourself?

TN: Man, there is nothing like it. For people to share and connect with my music is refreshing. It lets you know that there are others out there that have went through what you might have or have a similar story. It’s very rewarding to have people jam to something I’ve created and have it speak to them. I can count multiple songs that I have listened to over and over, whether it be for a negative reason or to remind me of something. If my music can speak to someone in a positive way, then that’s success in my book.  That’s something that drives me to continue to write and put out more songs.

PC: What do you hope people take away from listening to your self-titled album all the way through?

TN: I’d like to thank them for taking the time to listen to the whole album first and foremost. I hope something in the lyrics speaks to them and makes them listen to it time and time again. I want to help people get through tough times, just like other artists have helped me with in their albums.

PC: You have opened for Joe Nichols, Luke Combs, and William Clark Green, among many others. What do you take away from those experiences that can help you in your own career/show?

TN: It’s been a HUGE blessing for me to have shared the stage with those guys. I’ve gotten to experience things I never had the chance to.  The advice before and after shows with them is priceless. Logan Mize has been one to have me open on multiple occasions. It’s great having guys like him in the music world help do what they can for guys like me.  I’d just like to give a huge shout out to all of the national guys who have given me the chance to be direct support for them. Also, to all the bars/venues who have given me a chance to share my songs and to the guys who have stood on stage alongside me.

TN: Just to keep playing shows and spread my music to the world. I’d eventually like to make my way to Nashville when it decides to call my name 🙂

TN: My album is available on iTunes, Spotify, Amazon. You can check out my show schedule, videos, and more at http://www.timnowell.com.