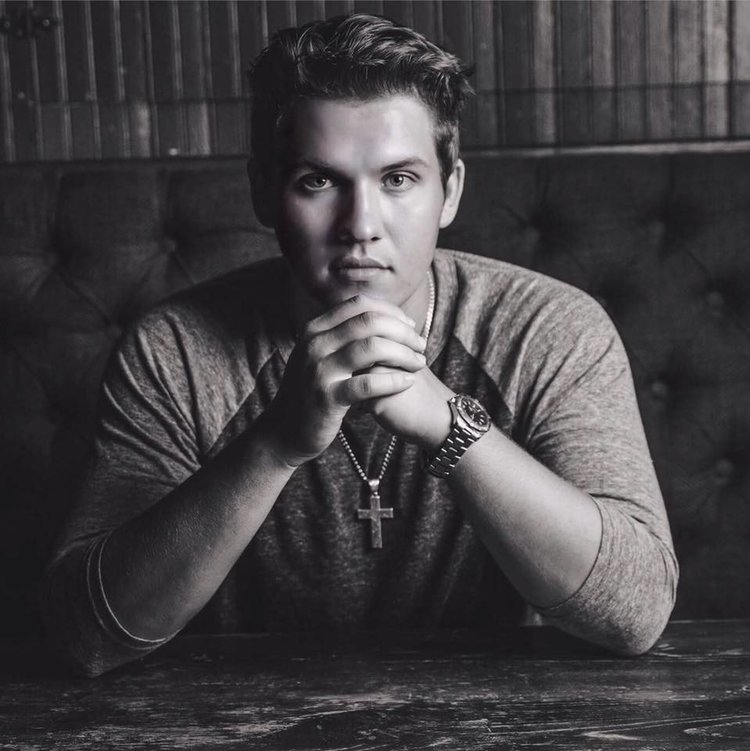 Oftentimes, artists will say that they attempt to showcase a variety of sounds with their music, so as to not be pigeonholed into a certain sound.

Mason Lively did it like a pro; allowing his melting pot of influences to shine through his debut album, “Stronger Ties.”

His versatility is paying its dividends, as he is gaining a loyal following and achieving great success on Spotify with his album.

Hear from Lively about his diverse influences, selecting his singles, what he hopes listeners take away from “Stronger Ties” and more! 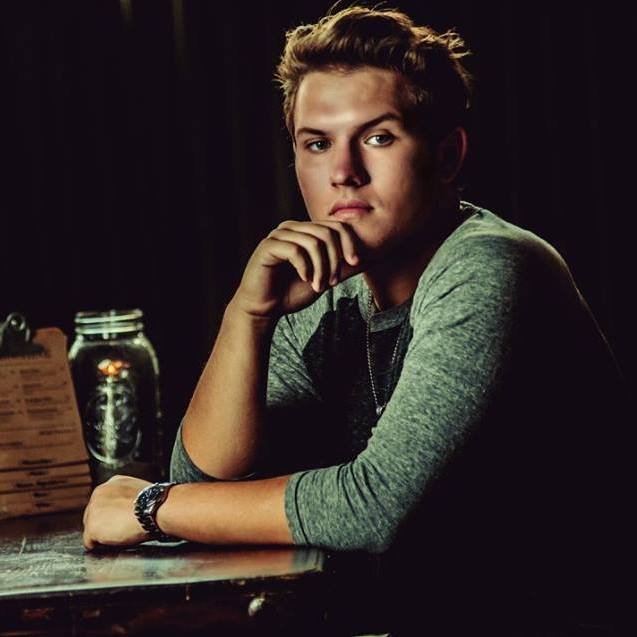 Mason Lively: It was a little bit of everything. Growing up, I was influenced by so many different artists because I was exposed to so many different artists. My grandma always listened to artists like The Eagles, Elvis, and a lot of soul artists like Ray Charles and Stevie Wonder. On top of that, my dad was really big into the early stages of the Texas music scene, and he would listen to guys like Robert Earl Keen and Pat Green. I remember being five years old and singing along to Robert Earl Keen’s famous live album. My grandpa introduced me to the outlaw country legends like Willie, Waylon, Merle, and George Jones. It’s been a melting pot of a little bit of everything, especially after I started playing guitar. I’ve got many different spices in the pot (laughs).

ML: It was a culmination of things. In 7th and 8th grade, I had people complimenting my singing voice, and that was the first compliment I ever got (laughs). I was never good at any sports, so I thought that was cool. I picked up guitar soon after; the first song I ever learned to play was “Folsom Prison Blues.” Songwriting snuck up on me after that, and of course those first few songs sucked, but it eventually got to where I’ve gotten pretty decent at it. After high school, I made doing music my main goal, and I didn’t really care about anything else until it paid off. We signed on with management, publicists, and we’re blessed to be on William Morris Booking Agency. I’d say it happened fast, but it started when I was 15, so that would be a lie (laughs). 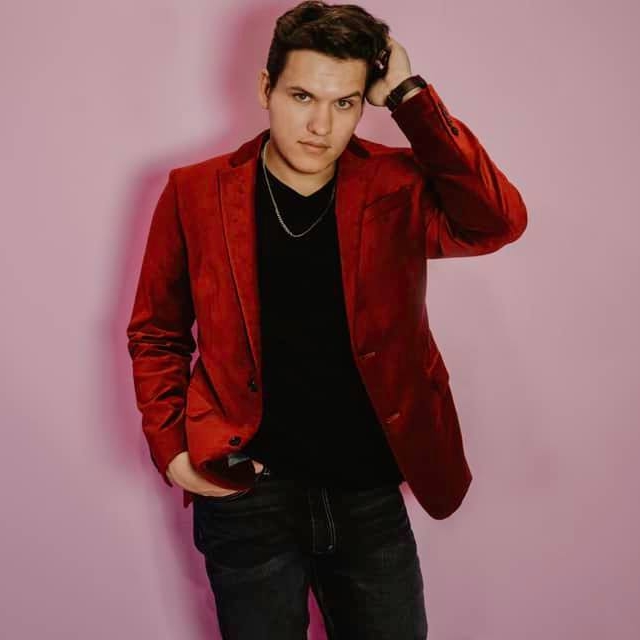 PC: Why did you decide to release “Lonely Comes Back Around” as the lead single from “Stronger Ties”?

ML: That was a song I wrote right before we went in the studio. I didn’t think much of it, but it was so damn catchy, and everybody around us just had it stuck in their heads. It got to the point where we were deciding what the first single out of the gate should be, and that ended up being the one, and I’m thankful it was, because you see a lot of people singing along with it at our shows; more than pretty much all of them, so that’s really cool to see!

PC: Did the success of “Lonely Comes Back Around” give you a certain level of validation as you were preparing to release the whole “Stronger Ties” album?

ML: Definitely. That song was my introduction to all the incredible people who are involved in the Texas music scene. It’s more important than I even thought to really think about the first song you’re putting on the radio, and I really got to witness firsthand how important that is. You have to be sure that it fits the radio standards, but it still has to be a good song. You have to have what makes a good song a good song, and I’m glad that was our first one out of the gate for sure. I’m proud of it!

PC: “Heavy Toll” is another song that’s done well for you. What do you think it is about that song that has connected with people? Why did you decide to have it lead off the album?

ML: I love that song so much. I knew as soon as I wrote it that it would be a fun one to do in the studio. We experimented with it, and it turned out to be a driving, southern rocking song. I thought it was important come out strong with the album. I’ve gotten a lot of great responses about how it was a great way to kick off the album. It’s one of my favorites to play live. Almost every night, we close out with that one. It’s a great intro to the record, and outro to the show.

PC: You mentioned that “Early Grave” is one of the oldest songs on the record. What was it about that song that stuck with you and drew you to add it on to the record?

ML: I wrote that song when I was sixteen. I guess it was normal to write songs like that is 16, but people look at me weird because it’s got a subject matter of being angry at a woman that left you so you’re drinking (laughs). I love that song so much. It has stuck with me since then because I was playing acoustic shows in high school, and people who’ve been close to me and followed me since those days have always brought it up, especially when I was going in to record the album, so I knew that one had to be on there.

PC: Was the staying power of that song something that lead you to release it as a single?

ML: Definitely. It was always one that was floating around for a potential radio single. We’ve had a good struggle of just trying to see which ones would be radio singles. Thankfully, I started writing okay songs at a young age, because I’ve had plenty of failures, and some crowds haven’t been so receptive to certain songs. I’m thankful to say “Early Grave” has always gotten a great response.

PC: After the success of “Lonely Comes Back Around,” was there any pressure when you were in the process of choosing “Early Grave” as the next single?

ML: It’s one of those things where it’s the final single off of the album; we’re going into the studio to record another record, so as far as the radio world goes, we knew we had to put something out there that people were going to like. Since the song has hung around with us for this long, it’s obviously got something special about it, so we thought it was time to do it!

PC: “Roleplay” is another great, fun song on “Stronger Ties.” Can you talk about the inspiration behind that song?

ML: I live with my guitar player. We both grew up together in the Victoria, Texas area, and naturally, you get 20 year-old kids who can play guitar together in college, you’re going to be writing some awfully stupid songs for the fun of it (laughs). Some of the subject matter is just extremely vulgar. “Roleplay” has a risqué thing to it, and we started writing it as a joke, but everybody was saying that it was good, and it wasn’t one of the awful, trashy songs that we were writing for fun. It kept getting a great response, so we threw it on the record. Some of my closest friends on Texas radio have really liked it. We’re doing this thing where “Early Grave” is the single, and we’re attaching “Roleplay” a bonus song, because at the end of the day, it was just me not being able to make decisions (laughs).

PC: What do you hope people take away from the “Stronger Ties” album after listening all the way through?

ML: That’s a really good question. It’s kind of a surreal question too, because it’s my first record, and it’s done so many things for us. I’m really proud of it. There’s been a lot of ups and downs, even in the last year. I think overall, what I want people to take away from it is that this is really me, and this has been my journey of figuring out something that I can do in this world. It’s a very diverse record, because that’s who I am, and that’s what I’ve always been. I tried to make the record as honest as possible, and I hope it was a great first chapter for what is to come with my music.

PC: You’ve opened or are scheduled to open for major artists such as Aaron Watson, Ray Wylie Hubbard, and Mark Chesnutt. What can you take away from those experiences that can help you in your own career?

ML: Those are awesome! We learned so much from those guys, and we’re awfully blessed that we can do something like that at such a young age. Opening up for your heroes and going on tour with them; it’s so cool to see how those guys entertain a crowd, and even the minor details that are involved with doing a show. You try to draw inspiration from every person you meet along the way, and that’s definitely what I try to do. 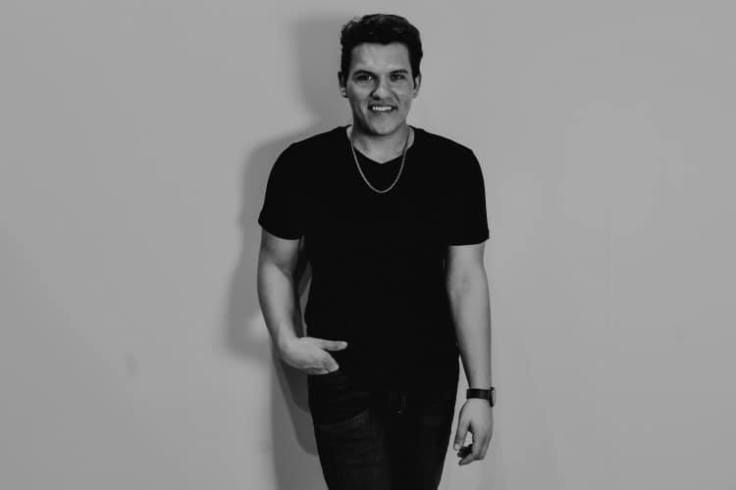 ML: We’re just trying to tour as much as we can in Texas and surrounding states. We’ve got a lot of surprises coming. We might release a single before our new record comes out. We are planning on going in the studio in about October and knocking the new album out. I’ve got all the songs written for it, so I’m really excited to see what comes of that record, because I think these are some of my best songs yet!

ML: Be sure to check out MasonLively.com and all of our social media accounts to keep up to date with all of our shows and new music! 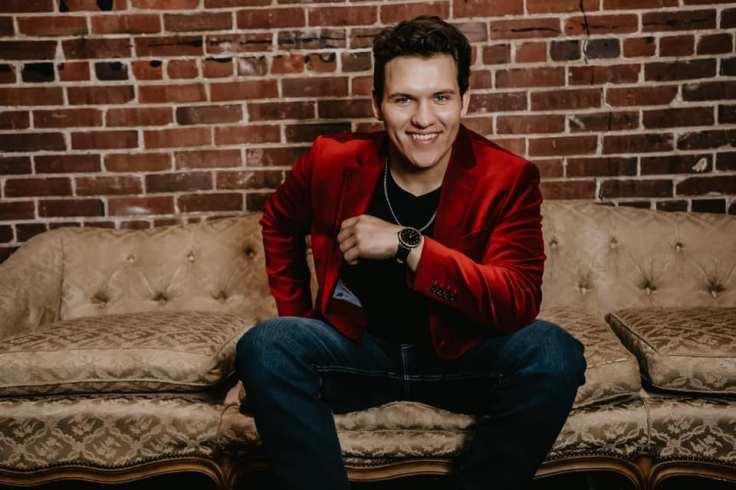