In a country music landscape engulfed in songs of partying, trucks, and girls in daisy dukes, Matt Kennon proves that there is still plenty of room for music with substance.

Kennon catapulted onto the radar of music fans with “The Call,” a song that has literally saved several lives in the 10 years since its release. The music video, which injects the song with even more power, is quickly approaching 17 million views on YouTube.

Throughout his career, Kennon has released several songs tackling heavy subjects, dealing with topics ranging from suicide to bullying to divorce and beyond, with all roads leading to his newest single, “Love is Stronger.” PC: You released your newest single, “Love is Stronger,” a few weeks ago, and it is another song with a powerful message. What has that song meant to you at this point in your career?

MK: I have a reinvigorated desire to get out there and make a push. I’d say for the first time in the better part of ten years, I found a song that’s just as important as “The Call.” I got a text from the writer that said they were so glad that the song met me, when in actuality, I’m glad I met the song. I’m just trying to get out there and make a difference right now.

PC: “Love is Stronger” is a song that was an outside cut. What was it about that song when you heard it that drew you to record it?

MK: I was sitting at my mom and dad’s house, and it was like one in the morning. I’m always looking for songs, and it came across my timeline on Facebook. I knew the writer, Mike Mobley, and I realized that was a song that I had really been looking for. I messaged him and asked him what was going on with the song, and he said that I should cut it because he would love to hear my voice on the song. I called Paul Worley, and him and I have been flirting with the idea of doing a record for a long time, and he said let’s do it! I had a song that was resonating with people in the music industry again. I’m a firm believer that a hit song will find its way. Even though I didn’t write it, it doesn’t matter. It’s something I believe in and it’s something that I’m passionate about. I want to support the songwriters, because that’s what it’s all about. Sometimes, artists try to say everything themselves, and I don’t think that’s necessary.

PC: You have mentioned that the music video for “Love is Stronger” is one of your favorite videos you have ever made. What information are you able to give about the video for the song?

MK: This video that we’ve done incorporates so much. It’s got domestic violence, the opioid epidemic, marriage on the rocks, a childhood cancer patient, and just hope. It’ll be sad, but everybody will walk away with some hope, and that was the goal with the whole thing. It’s been a huge joint effort with my team with promotion and social media. I’m spending a lot of time reaching the people that we reached with “The Call,” and letting the people know that have been with us the whole time how much we appreciate them and that we’re back.

PC: What do you hope people take away from “Love is Stronger”?

MK: I hope they feel the power of the song. The song is vague enough to apply to your life. The video shows a couple scenarios, but there’s all kinds of scenarios. It would be a 3-hour video if we tried to pack all of them in (laughs). I think it’s a song that has legs, and I think it’s going to do very well. I’m glad to be the guy that got to sing it. 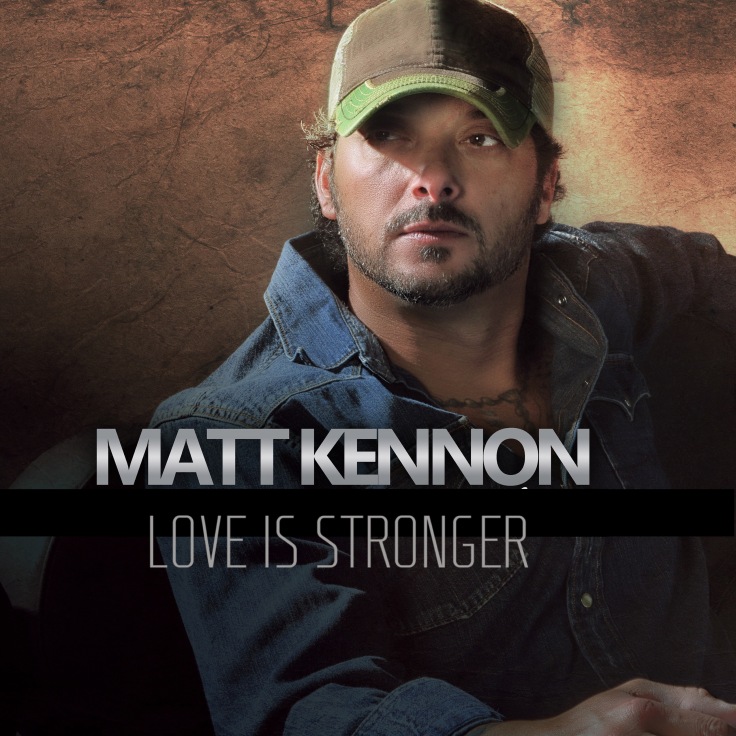 PC: Throughout your career, you have released several songs that have dealt with heavy subjects, ranging from suicide to bullying to divorce and beyond. How important has it been for you over your career to tackle those types of subjects?

MK: I tell people all the time, I may not be able to get people to Heaven necessarily, but I can help them get out of their Hell just maybe. There’s a lot of hurt out there. All of it just stemmed from “The Call.” “The Call” was the catalyst. I took life experiences and things I’ve seen and things I’ve been close to, and decided to put songs out there that made a difference. It all led up to “You Had to Pick on Me” and “You Can Still Wear White,” which is my next single, and ultimately, “Love is Stronger.” There was stuff in between that was maybe a more in-depth look at my personal life, but now it’s all about the people.

PC: What does it mean to you to hear from those that have listened to “The Call” about the way it has affected them and the way they have connected it to their own lives?

MK: I can’t really believe it. Everytime I go on YouTube, I see that there’s more than 17 million views. Between messages, comments, and emails, we are probably somewhere up in the 50,000 range. People have said that this song saved their lives, they wish they made the call, or they wish they had gotten the call.

It’s been the same way with some of the others too. They asked if I dealt with bullying in school, and I tell them I’m in the music business, so I’m getting bullied right now (laughs). When I wrote “You Had to Pick on Me,” we took it straight to the kids and the schools and the local authorities. We wanted to bring awareness. We made it cool for kids to utilize resources like Texting Anonymous that are there for them. We asked to the kids to make music videos for the song. Instead of us making a video of things we thought they needed to see, they were making videos of things that they actually saw.

PC: “The Call” was your first single, and became a top 35 hit. Is there a certain level of validation that comes with having that kind of success at an early stage of your career?

MK: Absolutely. When our team put that song out, they did a great job. Unfortunately, because of unforeseen circumstances, we don’t think we got the song to where it could have been immediately, but over time, we’ve seen the song keep going, and I just can’t believe it. My record label closing pulled all of the support off of that song, but the people have kept it going.

PC: What do you think that says about the power of the song itself when it found its legs more through people continuing to listen and less through a record label backing?

MK: It’s funny, a lot of people don’t know who Matt Kennon is, but they know “The Call.” The song is what’s been known to people, and I think that’s how it works these days. Once you connect with an audience in that way, they realize that the artist is just like them; they realize that I’ve been on a journey, and they want to go with me. We have a lot of loyal fans that we hear from all the time, and we’re watching the views every month; we’re close to 300,000 views on YouTube every month on “The Call.” We know it’s still out there having an impact to this day. 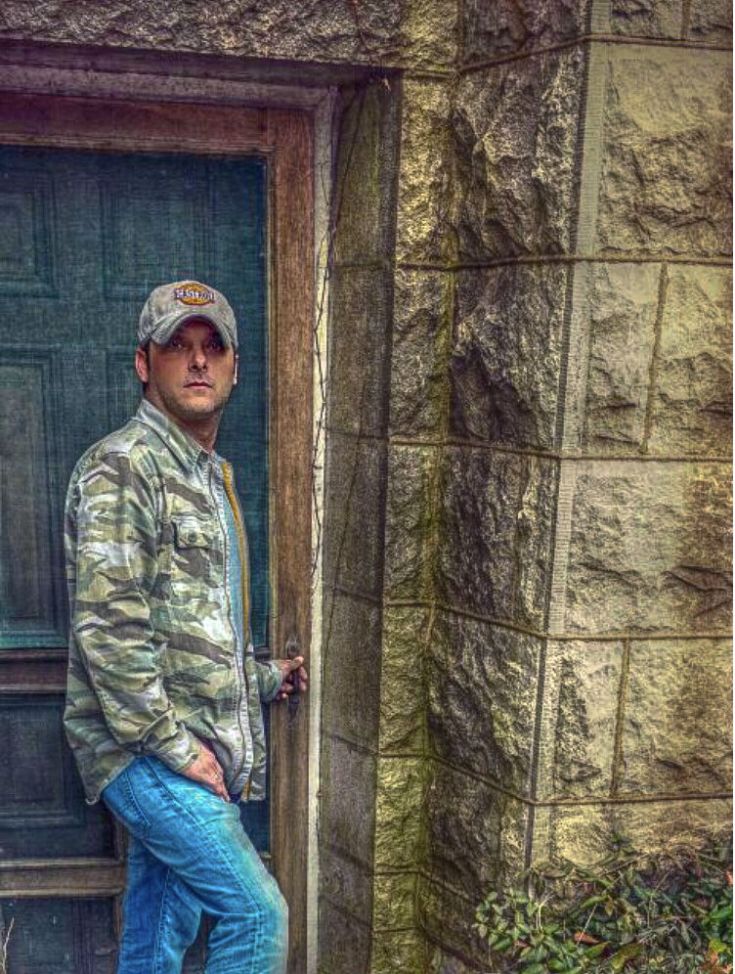 PC: As a writer on “The Call” as well, do the messages you’ve received from people about the song and the longevity you just described mean a little more to you, knowing that you not only put your voice on the song, but also played a big part in the song coming together?

MK: Absolutely. When I moved to town, I just wanted to be a singer. I hadn’t even thought about writing songs a whole lot. When I got to town, I realized that was a gift that I had. That’s what I tried to do; I just want to write songs that connect. We want to do more of that too. I’m telling everybody that we’re going to be doing it again!

PC: In a video you posted on Facebook recently, you said “I’m not going to figure out [where my songs are going to end up] and not enjoy the journey.” Is that something you have struggled with in the past?

PC: Along with promoting “Love is Stronger” and releasing the music video in the coming days, what are your plans for the rest of the year and beyond?

MK: Shows are coming in! I’m getting a lot of requests for house concerts and private events.  I’m playing a deployment event for someone who will be deploying to Afghanistan or the Middle East. We’re getting out and just helping people. We’re performing for kids that are adopted, and then they find out that I’m adopted, so we can relate. There’s all different kinds of things that are going in. We’re going to be doing schools again. We’ve got all-ages venues that we’re going to be playing. Right now, the bookings are coming in, and we think that’s going to continue to grow, so I’ll be out there quite a bit!

MK: “Love is Stronger” is an outreach. It’s part of my “Making Music That Matters” campaign. I’m not saying that all music doesn’t matter, but the music we’re doing matters to people out there, and it matters to me to be able to make it!