Jess Jocoy has a lifetime of stories to tell, and she gave listeners a look in to chapter one of her story with her debut EP New Heart/Old Soul, released in April of 2018.

The Washington native, Nashville-living singer/songwriter is writing chapter two in bold; as she landed in front of the eyes and ears of music/songwriting powerhouses including Kelsea Ballerini and Shane McAnally, along with millions of viewers worldwide on NBC’s new hit songwriting competition Songland.

Hear from Jocoy about her love of songwriting, the culture shock and personal grief she experienced prior to New Heart/Old Soul, her experience on Songland, when fans can expect new music, and more! 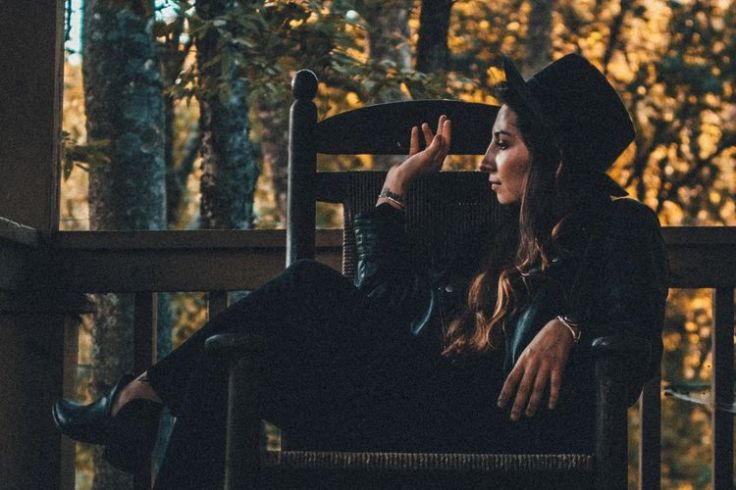 Jess Jocoy: I grew up (almost religiously) listening to two records: Alan Jackson’s 2002 classic Drive, and Shania Twain’s Up album. My dad would drive me to school every morning and we would listen to those two albums, faithfully. I think that’s where my love for country music comes from. My mom taught me to love classic rock – bands like Zeppelin and Pink Floyd, so there’s always been a healthy balance on the musical spectrum.

JJ: I’ve known I wanted to pursue singing since I was young; I’ve just always sang. The first time I wrote a song was one of those pivotal, “struck by the power” moments. I was thirteen, and the song was a Christian Contemporary number called “God is Here” that shook me awake in the middle of the night. I wrote the whole thing in minutes. When I came back to it the next morning, I couldn’t imagine doing anything else in life.

PC: What did it mean to you to have “Long Live the Song” allow you to be one of the winners of Uber’s Music Movers campaign and to be able to share your story in that way?

JJ: Winning the Uber Music Movers competition with “Long Live the Song” was really a triumphant and proud moment for me. I’d written that song as an ode to great songwriting and songs that weather the test of time – [namely classic country] songs that we still sing today like “Ring of Fire” and “El Paso” by Marty Robbins (for which the song was inspired). When I got to Nashville, it turned out to be a much different city than I’d expected: definitely more pop-influenced than I was ready for at the height of the bro-country era. I kept asking myself the question: will we be singing these songs in fifty years like we’re still singing Hank and Loretta? Music has phases, I get it, but to neglect the past is to forsake the future.

PC: It was three years between your move to Nashville and the release of your debut EP New Heart/Old Soul. What did you learn during those years that allowed you to put your best foot forward with the EP?

JJ: I moved to Nashville about a year after my dad passed away from cancer. I was both emotional and numb, trying to regroup and figure out how to move forward. While I tried to make it look like I was fine, my grief showed itself in my songs – I was stuck in a state of minor chords and brokenness. I likened it to Picasso’s Blue Period. I’d moved to study Commercial Songwriting at Belmont University. It was a dream come true, but also very nerve-wracking to have your works of art – pieces of yourself – dissected and graded. The songs on New Heart/Old Soul are snapshots of my working through the culture shock, the grief, and the struggle of not disappearing in a city of people who want and do the same thing I do, as badly as I do.

PC: Why did you decide to release “If My Heart’s Going to Break” as the lead single from New Heart/Old Soul?

JJ: I really cherished “If My Heart’s Going to Break” because believe it or not, it was the happy song on the record. Like a break of sun on a dark day, it’s fun and it was my attempt at a love song when romantic love felt a million miles away for me. And, it was the first song I wrote that made me realize I really love chasing down internal rhyme.

PC: “If My Heart’s Going to Break” provides an almost optimistic outlook on a potential heartbreak. Can you talk about that paradox of emotions you put into that song?

JJ: It was the line “If my heart’s gonna break for true love’s sake / it better get broke by you” that found me first. I tried to break down what that even meant, because I knew I loved the way the line felt, but I wasn’t sure that it would make sense or how to build a frame around it. It seemed relevant to that saying: If you really love someone, you’ll let them go. The idea that, if I have to get hurt by someone, I feel strongly enough about you to know that I want that someone to be you. That’s saying something about the relationship.

PC: “A Thousand Ways to Disappear” is an interesting song that blends Americana sounds with alt-country sounds very well. Why did you decide to have that song serve as the lead track from the EP?

JJ: A lot of New Heart/Old Soul was built around feeling. “A Thousand Ways to Disappear” was everything I’d taken in about Nashville since moving – I’d learned that Nashville is a great place to lose yourself; to forget who you are; to try and become someone else. It’s an amalgamation of my life back in my home state of Washington and my new life in Music City. In a time of feeling lost, I just wanted to shout “Hello?! Can you hear me? I’m still here! And I’m not leaving any time soon.” Because it’s the ones who stay and don’t give up that give Nashville her rooted identity as a city of dreamers.

PC: In other interviews, you have referenced “The Time Between (Pilgrimage)” as a song that resonates one of the most personal messages on the EP, and the message of “not allowing life to get the best of you” is something you have struggled with. Was it cathartic for you to be able to put that into words and have it as a part of the EP?

JJ: Cathartic is the best way to put it. “The Time Between” is somewhat a melancholic ode to the simplicity of childhood and the passing of time, but in the end, this life is what you make of it; how you choose to spend every breath you get is entirely up to you.

JJ: I think people are starting to understand, or at least become aware, of the importance of songwriting. I wrote “Long Live the Song” to pay tribute to my love for classic country music. Country has and is undergoing such a dramatic metamorphosis, sonically – which I’m all for. But this song was written as a reminder not to forget where we’ve come from as country artists. There’s a reason Johnny Cash or Hank Sr. songs ring through the years. Those songs span generations. That’s my ultimate goal as a songwriter: to write songs that last a lifetime.

PC: What do you hope listeners take away from the New Heart/Old Soul EP after listening all the way through?

JJ: I think listeners will find a girl who was a little lost, but moreover I hope they come out the other side finding a girl who has a lifetime of stories to tell. It might be your story; it might be the story of someone you know. Either way, you’ll always find honesty.

PC: How did the opportunity to be a part of Songland come to you?

JJ: I believe Songland came about in order to be apart of my life’s story. I applied for the show [somewhat on a whim] after seeing an Instagram post from Shane McAnally about his involvement in the show. I thought, “hmm, that’d be cool…what the heck, I’ll apply,” not expecting anything to come from it. Even after the first few interviews with producers, I was still convinced the process would run its course, up until I was sitting on the plane to go to LA to film the show.  It was all a God-send, I think.

PC: As a performer and songwriter, what is it like to perform in front of artists/writers with the collective success that Kelsea Ballerini, Shane McAnally, Ester Dean, and Ryan Tedder?

JJ: It was humbling to perform in front of the collective talent, but to me, it was more nerve-wracking knowing that the cameras were rolling and some aspect of that performance and their reaction would end up on national television. Those artists started out just like me, playing for artists they one day wanted to call peers, and I can imagine they realize that. It was the uncertainty of how they’d react to the song that really puts the faith to the test. 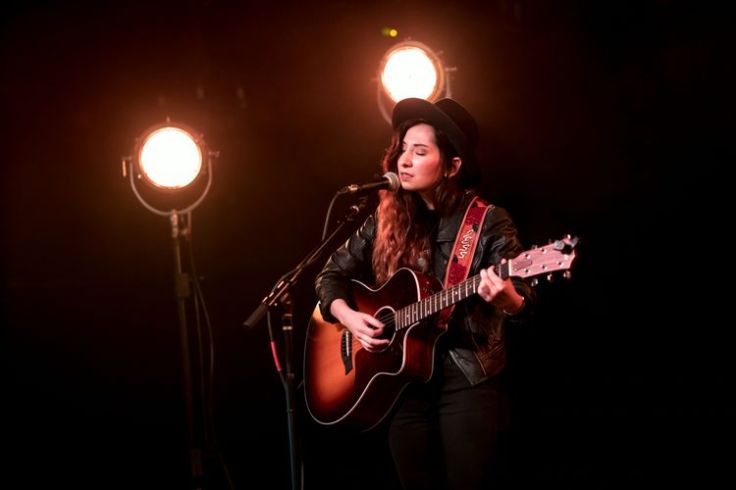 PC: As a whole, what was the biggest thing you took away from your experience on Songland?

JJ: I think the biggest thing I took away was that not everyone is going to like your music, and that’s really okay. The strange beauty in social media is that it gives every one of us a platform to voice our opinions: good, bad, or otherwise. The opportunity exposed me to a lot of really lovely people, and it’s helped me continue to build a community around the music I’m working hard to share. I’ll always be a songwriter. It’s my job now to keep growing my community — to write and foster songs that will resonate with those people.

JJ: The rest of the year will find me playing gigs, both in Nashville and regionally. I’m setting up the release of my first full-length record (releasing in 2020), so I’ll be putting a lot of focus on giving it the best life possible!

JJ: Thanks for the great questions! Check out my website www.jessjocoy.com and follow me on socials @jessjocoymusic to stay in the know on show dates and new music! Cheers!