In just two and a half years, Morgan Ashley already has three releases under her belt. With each one, she is honing in on the best version of herself that she can be.

Morgan has done just that on her newest EP, Wild Card. Featuring a mix of sounds ranging from traditional to contemporary, Morgan also tackles a variety of subjects on the EP, from love lost to partying to the autobiographical title track.

Read along as Morgan details her musical roots, gaining recognition by the Texas Country Music Association, all things Wild Card, and more!

Morgan Ashley: I didn’t really start thinking about being a musician until I was about 17, so I was just listening to country radio. A lot of the people I sang along with for fun were George Strait, Shania Twain, and Trisha Yearwood; that good 90s/early 2000s country.

MA: I would say it was a culmination of things. When I was younger, I had a karaoke machine and I was in a band, and it was all fun. I was too shy to sing in front of anybody, but I did things like FFA which build your character and leadership. I finally got enough confidence to do a talent show, and ended up placing third singing to background tracks. The people who placed in front of me played the guitar, so I thought that playing the guitar was something I needed to do. I had a really awesome guitar teacher who taught me a lot and really believed in me, and at that point, I understood that it was actually something that I could do and make a living out of! 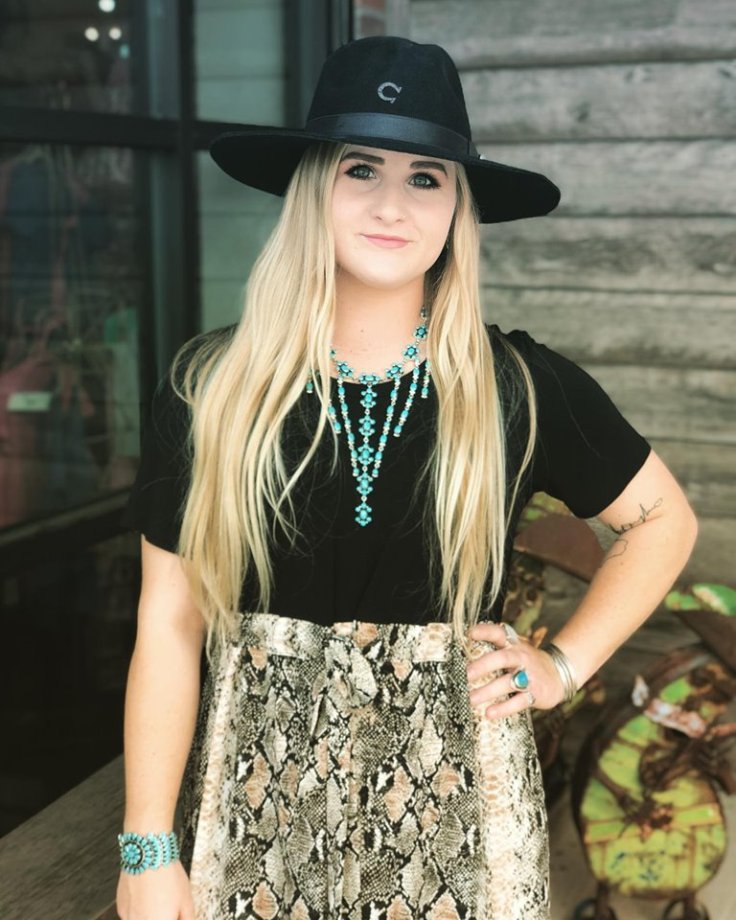 PC: What emotions were you feeling when you were preparing to release solo music for the first time with your self-titled EP?

MA: I was in a duo before the self-titled EP came out where was singing with another female artist. Back then, it was crazy, exciting, and nerve-wracking; we had no idea what we were doing. When I released my self-titled EP, I was more scared because that was the first thing I had released of my own music by myself, and I was really skidding on my feet about being a solo artist. It was definitely scary. With the new EP that came out today, I was really more excited than anything!

PC: You were nominated for the Texas Country Music Association’s Female Vocalist of the Year in 2017. What did it mean to you to be recognized in that way by the TCMA?

MA: It was crazy! I was so excited to be in that category with some really awesome females. It was great to get to meet new people, talk to them, and to just be a part of something like that. It was amazing! 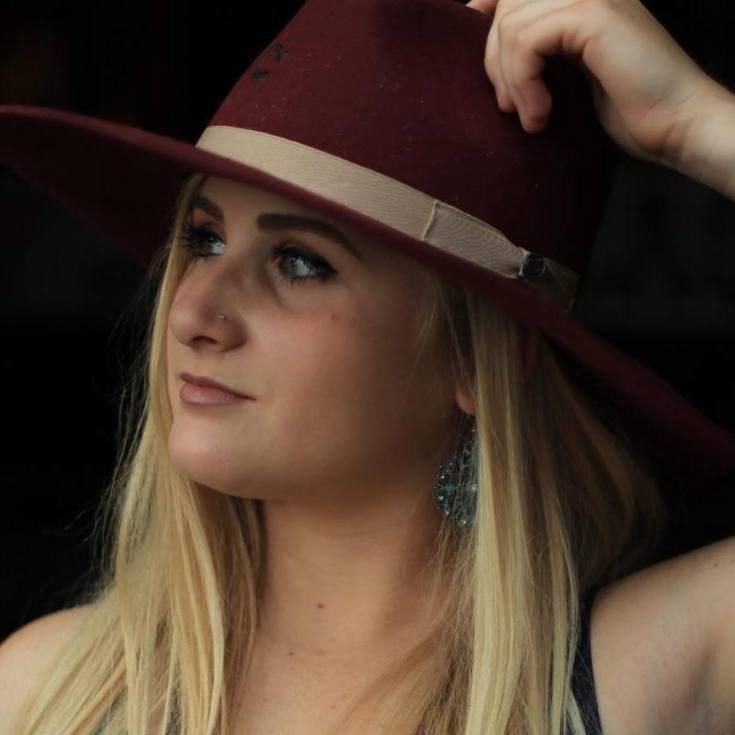 PC: “Your Girl” from your debut album Karma was featured on the Texas Country Music Association’s Best Texas Country Picks, Volume 1 CD. What did it mean to you to have your music featured with the other talented artists on that CD?

MA: It was so amazing! I was so glad that that song got picked to be on there, especially because I wrote that song in my apartment when I was still going to college, which didn’t last long (laughs). I never thought that I would record that song, let alone release it as a single, and then to have it be on a CD like that is a crazy, awesome experience!

PC: Most of the Karma record deals with love lost and searching for love. Was that an intentional theme, or something that happened naturally as you were writing the material for the album?

MA: I wouldn’t say it was intentional, but I would say that a lot of my songwriting is about love and loss and things like that. On my new EP, I tried to mix it up a little bit. The title track is called “Wild Card,” and I also have a party song on there, but you still get the sad song and the happy love song on there too, so it’s a good mix.

PC: While the Karma album had a bit more of an acoustic vibe, Wild Card features a fuller, more rich sound. Is that something that was intentional as you were recording and putting Wild Card together?

MA: It was something that just came together. The more music I release, I’m becoming more of myself. I feel like I’ve only gained ground as to who I am as an artist with each record I’ve released.

PC: “Wild Card” is one of the standout songs on its EP. Why did you decide to name the EP after that song?

MA: I felt like it was a good overall concept of what was going on. That song talks about not knowing what you’re going to get. One minute I may be happy, one minute I may be mad, so I think as far as how the songs on the EP are laid out and the order of them, it relays the tons of emotions I feel at different times (laughs).

PC: Why did you decide to release “Bluff” as the lead single from the Wild Card EP ?

MA: I didn’t make that decision, but I’m glad we went ahead and did that! It’s a powerhouse song with some crazy vocals. I wrote that song with my producer and April Kry. It’s definitely a personal songs, so it’s a cool experience to get it out there!

PC: You show flashes of both contemporary country and more traditional sounds on the Wild Card EP. Was is important for you to have that level of versatility on the EP?

MA: It was important to have different sounding things on there. I might listen to country one day, and listen to pop another day, so I like to have all the different parts in there. As far as Texas country, I try to keep it as traditional as possible so that the Texas country music listeners have something that they’ll like, and still be able to be my own person at the same time.

PC: What do you hope listeners take away from the Wild Card EP after listening all the way through?

MA: I’m really interested to see what the majority of people’s favorite song is going to be! I haven’t necessarily picked my next single, I’ve had it in my head that it’s going to be “Wild Card” because that’s what the EP is called. I’m really excited, and I hope people love the EP as much as I do. As far as songwriting goes, I feel like each song I write gets better, so of course I think each project I do is better (laughs).

PC: You’ve been working with multi-platinum producer Steve Freeman on your material. What is it like to work with someone who has had Steve’s level of success, and how has it helped you as an artist?

MA: It’s been great! I’ve been working with Steve for about a year-and-a-half now, and he’s really helped me become the musician that I am now. He helps me with music business, social media, and all kinds of things. I owe so much to him.

PC: You’ve opened for major artists, including Crystal Gale and Jon Wolfe. What can you take away from those experiences that can help you in your own career?

MA: With Crystal Gayle, that was just a crazy and awesome experience! getting to open up for the major Texas country acts like John Wolfe and Mike Ryan and talk with him after the show and hear their stories is inspiring to me, and it keeps me pushing forward!

PC: Along with the release of Wild Card, what are your plans for the rest of 2019 and beyond?

MA: You can expect a couple of music videos! We’re working on a music video right now for “Wild Card.” I’m also working hard on putting a full band together, which has been the hardest thing that I’ve experienced so far (laughs). That’s something I really want to try to focus on, so I can start playing full-band shows and getting in to the bigger venues!