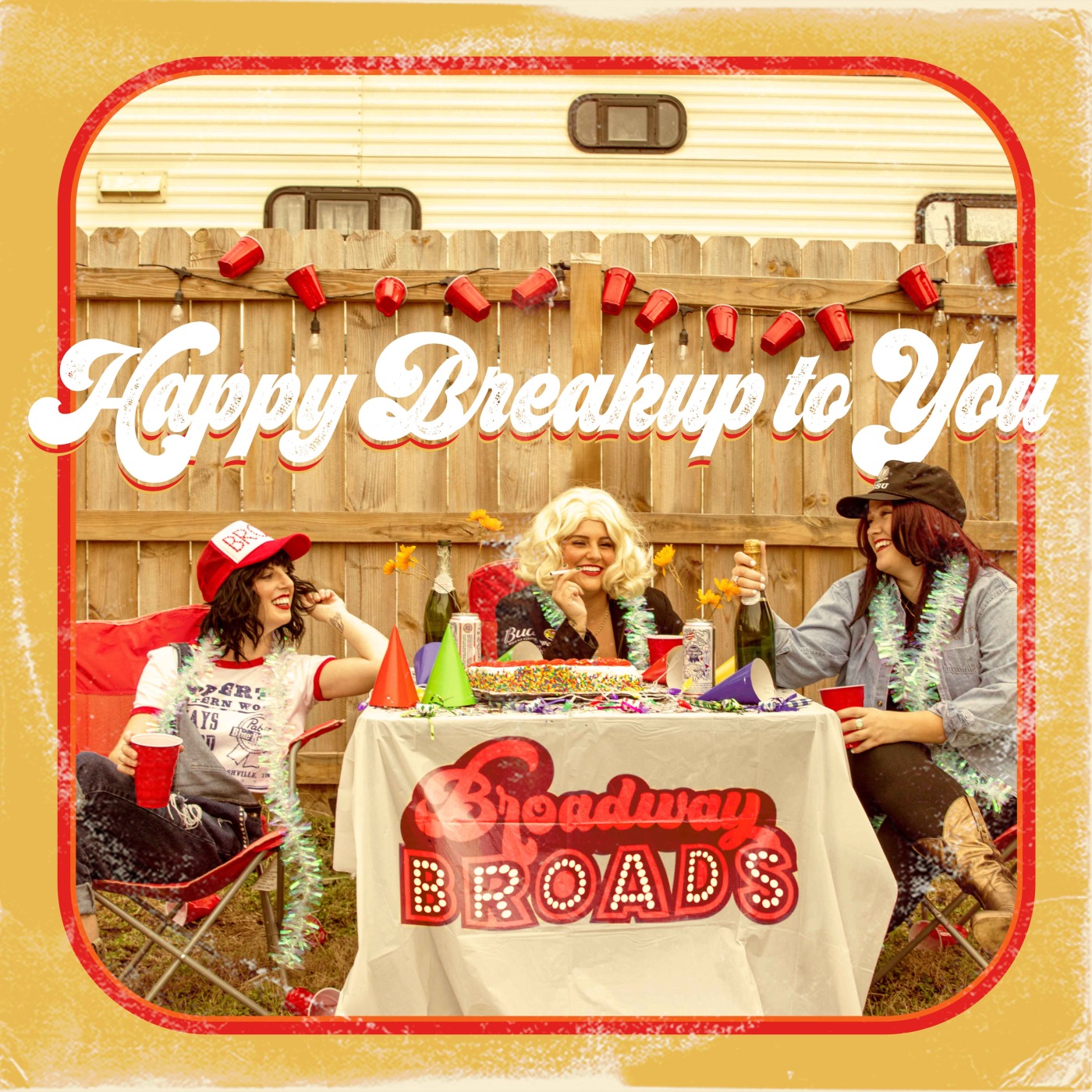 For fans of 90s country, “Trashy Women” by Confederate Railroad isn’t just a song, it’s an anthem, and if you’re anything like us, you’ve wondered what the women in the song look and sound like. Well, look no further than the Broadway Broads, and that is meant as a high compliment.

Formed in late 2019, the Broads, comprised of Charlene, Wanda and Bobbi Jo, came together around the idea of making music with friends and joking around, but what started as a joke quickly became something more.

“We were just shittin’ ‘round one night at the house drinkin’ and pickin’ the guitar like we always do. Charlene come out the bathroom with that damn blonde wig on, and we just about died on the floor! We figured we should all get wigs, so Wanda got hers and so did Bobbi Jo. Then we decided to be stupid and name ourselves for fun and we come up with Broadway Broads,” the band says. “Well, we wrote our first song together, and turns out we done got somethin’ there. So we decided to make it a band, and here we are ready to fuck shit up! There ain’t nothin’ much better than playing music with your best friends.” 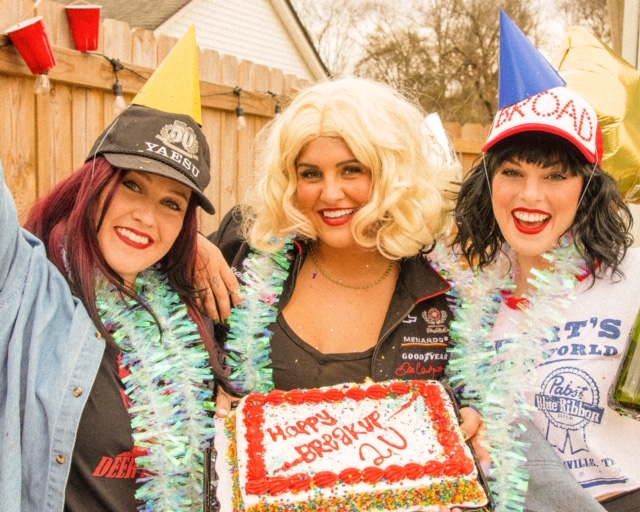 The band introduced themselves on February 14th with their debut single “Happy Breakup to You,” a song that came together while the band was wine drunk and gives a different spin on a country break up song.

“Wanda and Bobbi Jo were at some pool party one day, and we started chattin’ with this feller. He was with a big group of folks, so we were askin’ him if they were celebratin’ a birthday or somethin’. Turns out he was going through a breakup and his friends were trynna help him have a good time. So Bobbi Jo blurts out ‘Well, happy breakup then!’ and Wanda said, ‘Write that shit down, BJ, that’s a damn song right there,’” the band says. “We brought the idear to Charlene, and she loved it. We wrote that sucker wasted on cheap wine and we think it turned out damn good. Everybody writes sad songs about break ups, but nobody writes happy ones. We figure it’s a celebration of finally taking out the trash. ‘So bartender pour up the shots, lets untie the knot. Middle fingers to the ex you got!’”

Why release a flip of the bird to love lost song on Valentine’s Day? The band has a simple answer, “because it’s fuckin’ funny.”

Their debut single, with plenty of steel guitar and great harmonies, is a honky tonkin’ good time as the band tips their caps to their influences while bringing forward their own, unique sound.

“We knew we wanted it to be country, of course. All these hippity boppers runnin’ ‘round town really pisses us off,” the band says. “We didn’t want to be knock offs of the artists that we love, we wanted to have our own trashy, quirky sound. BUT we’d be lyin’ like a no-legged dog if we said we weren’t influenced by Dixie Chicks and Pistol Annies.” 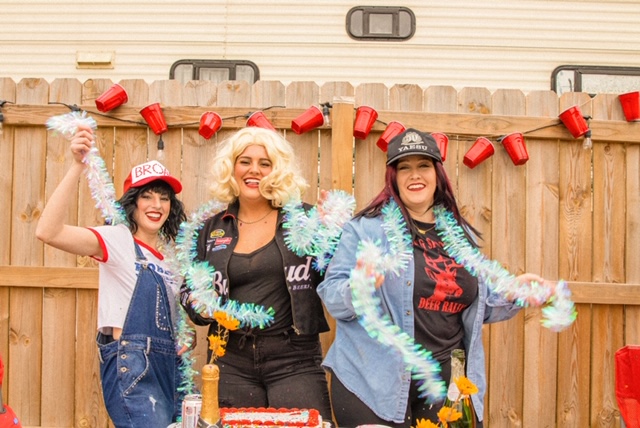 With their introduction complete, the band is set to release more music this year and secure gigs around Nashville.

“The goal is to get a residency at one of the bars downtown and play a full-band show at least once a month. We will also be releasin’ some more tunes, don’t you worry, hunny!” they say. “We like to say shit that nobody else has the balls to say, so buckle up!”

So here’s to keeping an eye on the Broadway Broads this year as they continue to establish their brand of country music, because as Confederate Railroad said, “that’s the kind we dig.”