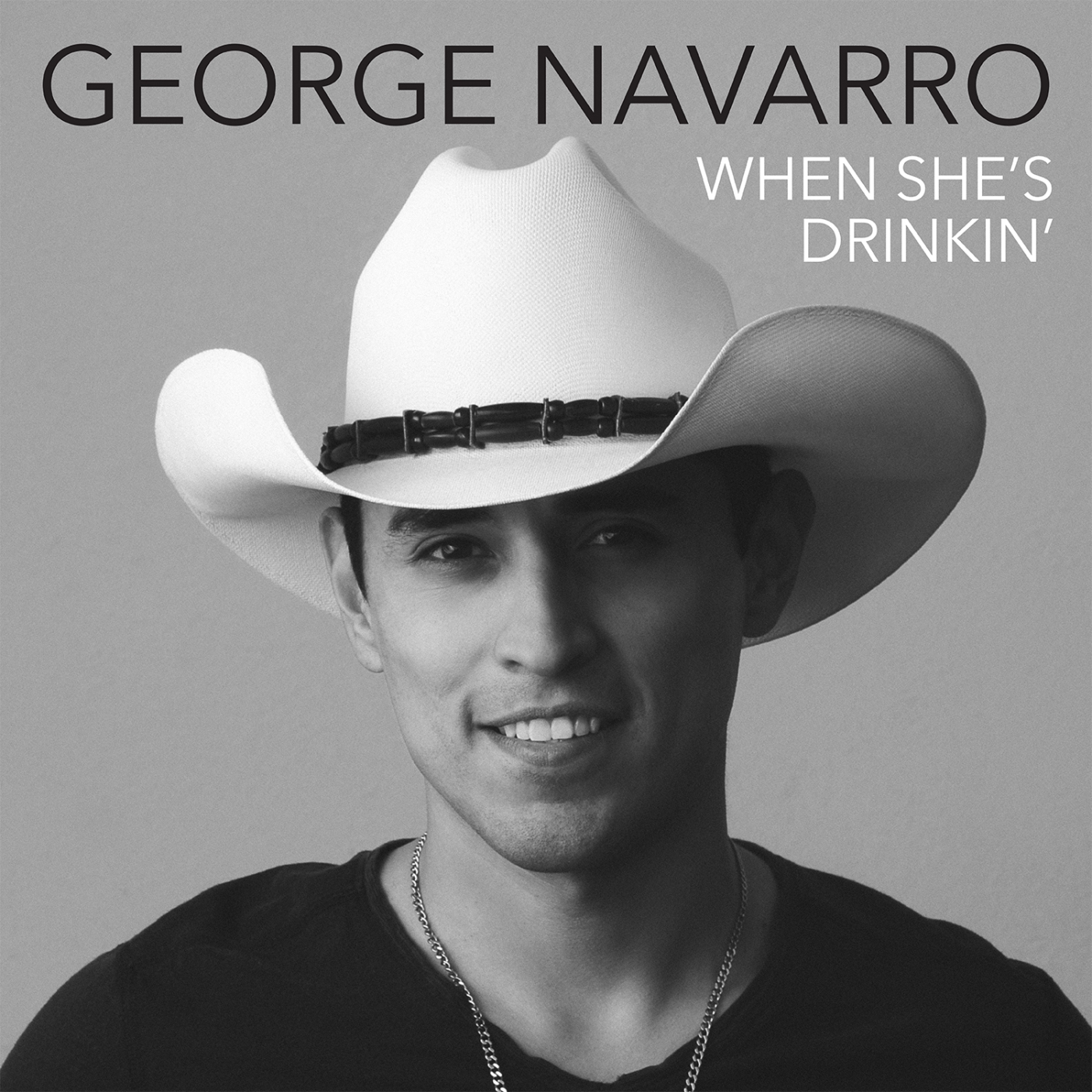 For George Navarro, there was no other choice but music. The musical roots in his family spans several generations, including a grandfather who was a member of a Grammy winning Latin band.

Hoping to carve his own path in music, Navarro is making his first impression with his debut single “When She’s Drinkin’,” the first glimpse into forthcoming EP that he says will covers every corner of his artistic identity.

To coincide with the release of “When She’s Drinkin’,” we chatted with Navarro about making his move from Mexico to Texas to pursue music, all about his debut single, writing with hit songwriters, what he’s taken away from opening for major artists and more! 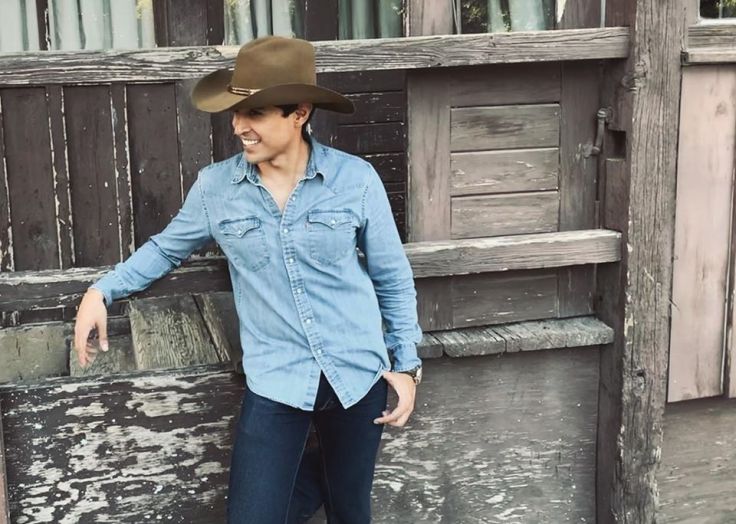 George Navarro: I have influences from a broad spectrum of music genres, all the way from 70’s artists, to modern country and pop. I’d say Kenny Chesney, George Strait and The Eagles to name a few.

PC: Your father and uncles were in the Latin Grammy-winning band Caballo Dorado. Did catching the music big yourself seem almost pre-determined as you grew up surrounded by it?

GN: When I was four years old, I would say that when I grew up I’d be a musician, and it goes further than my dad and uncle. My grandmother was the first mariachi singer in Chihuahua and her dad played violin in a mariachi his entire life, and it goes on for at least another two generations.

PC: Were you feeling any pressure, internally or externally, as you were preparing to move from Mexico to Fort Worth to pursue your music career?

GN: I felt motivated more than anything. I think it was a big risk not knowing what would happen being in a different country and a different culture and also being away from my family and friends, but I’ve always felt driven by my love of country music. 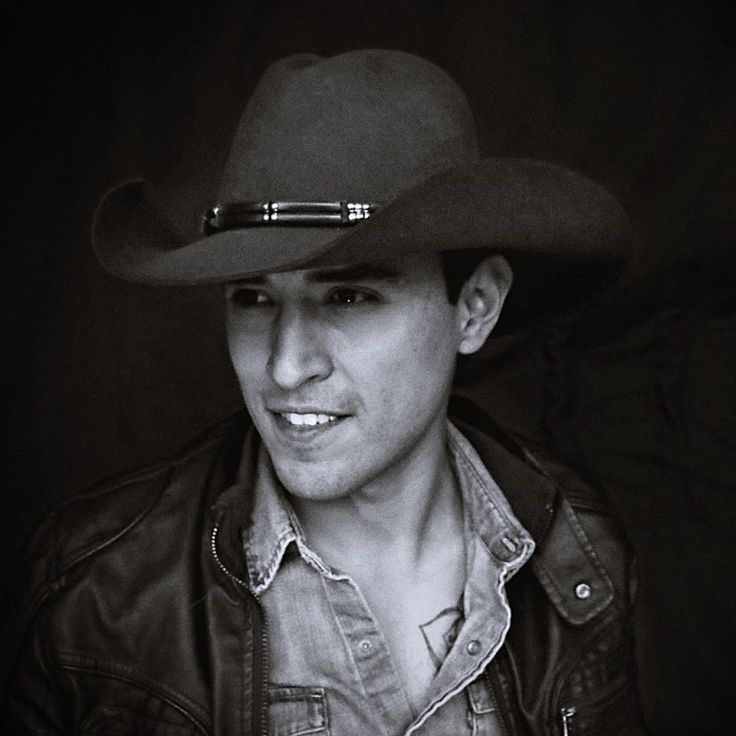 PC: What emotions were you feeling as you were preparing to release music for the first time with your single “When She’s Drinkin’”?

GN: Grateful more than anything, I mean to finally be able to share the first track of what my team and I have been working on for a while is exciting!

PC: What went in to the decision to release “When She’s Drinkin’” as the debut single from your upcoming EP

GN: We’ve been playing it in shows around Texas and it always got special attention. I’d get messages on my social media asking about where they could get the “She Only Loves Me When She’s Drinking” song, so we thought it’d be a good song to officially start this journey with.

PC: Can you talk about the inspiration behind “When She’s Drinkin’”?

GN: I think it is a subject we all can relate to one way or another. Personally I’ve been through that situation, and I think it adds an authenticity to the recording and whenever I play it live.

PC: What information can you give about your forthcoming EP? What can listeners expect to hear?

GN: Every track shows a different side of who I am musically. It’s fresh, fun, soulful, with great energy and a lot of heart!

PC: You’ve been able to write with big name writers in Nashville, including Carson Chamberlain, Mark Nesler and Brett Jones, among others. What have you learned from  those writing sessions that can help you moving forward?

GN: They all have been great and I’ve learned a little bit from every session, I think that if a song makes you feel something after writing it, most likely people are gonna feel it and like it as well.

PC: You’ve opened for several major acts, including Loretta Lynn, Tracy Byrd and Joe Nichols. What can you take away from those experiences that you look to use in your own career?

GN: The fans are “Numero UNO.” They make the show. You have to respect them and give them the best show possible. I’ve always leaned more towards playing live shows because I think the stage is where I feel the most comfortable. Being the front act for country music icons is always a challenge, but the band and I have done pretty well so far, and I can’t wait to get on a bigger tour!

PC: 2020 has thrown a wrench into the plans of most artists. Of the things you can control, what are your plans for the rest of the year?

GN: I think I’ve been busier now working from home. I’ve been doing montage videos of me playing various instruments, doing some virtual sessions with the band, keeping in touch with my followers, and now working on the release of the single. My hope would be to get back on the road and promote the EP with a tour at some point.

GN: I’d like to invite everybody to take a listen to “When She’s Drinkin'” and follow me on my social media, and hopefully I’ll get to meet y’all soon at a show!