Jordan Robert Kirk is a fan of words. Whether it be his debut single “Pine Box,” which Kirk says is the best representation of his essence, or his newest release, a cover of The White Stripes’ “Seven Nation Army,” Kirk is as big a fan of words as he is of melodies.

Kirk, who splits his time between music and farming, is currently in the beginning stages of putting together his sophomore album; building an arsenal of songs, building a studio in his home and trying his hand at production and engineering as he looks forward to bringing in west Texas’s best musicians to record with him when the time is right.

We chatted with Kirk about the success of “Pine Box,” sonic versatility, his version of “Seven Nation Army,” the album he is working on and more! 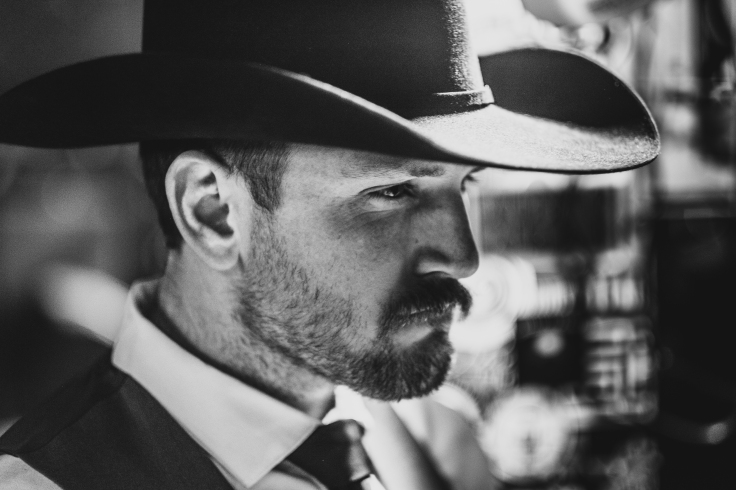 Jordan Robert Kirk: Waylon is the low hanging fruit comparison; he’s easiest to pick out as an influence. I was taught to play by my youth minister who came from a family of bluegrass pickers. As I explored that, I came to love Bill Monroe, Ralph Stanley, and newer stuff from Hot Ryze, Del McCoury, Ricky Skaggs, man, even Chris Thile and Michael Daves. That music is just as big an influence, if not more. Also, George Strait for obvious reasons, but I find his influence rarely shows up in my writing or playing nearly as much.

PC: Your bio mentions that music has been a part of your life since elementary school. At what point did you realize that you wanted to pursue a career in music?

JRK: I graduated from Texas Tech with a mechanical engineering degree and went straight to the oilfield as a production engineer. I was making a ton of money and newly married, and the things I was doing and learning were very interesting. I was on the 17th floor of an office building in Houston at 6pm on a Friday when it hit me; if I was gonna work my tail off, I was gonna do something I loved. It took me a little while, and I’m still not full-time music, but I try to generally live by that philosophy now.

PC: What emotions were you feeling as you were preparing to release original music for the first time with the “Pine Box” single?

JRK: That song has been around a while. I wrote in back in 2012-2013 when I had about six family members die in about a nine month period. To be brief, I believed in that song because it is the essence of me, even to a fault. I know it doesn’t represent my best writing, but it’ll always be my favorite.

PC: “Pine Box” has gone on to earn over 15,000 streams and is still one of the signature songs in your catalog. Is there a level of validation that comes with having that success on your debut single?

JRK: It’s pretty crazy what time and true fans will do. It’s been out a couple years now and I guess people like it enough that they still listen to it quite a bit. I set incredibly high goals, but I also play it tight to the chest and remind myself that no level of success will make me happy. Knowing that makes me happier now and allows me to enjoy every blessing now.

PC: “Hi Ho Rita” has amassed over 25,000 streams on Spotify and several thousand more views on YouTube. What do you think it is about that song that allowed you to have that success with it and allowed it to connect with listeners?

JRK: It’s a fun tune. It’s the most fun to play with my band when we’re rocking tight and in the pocket. I jump around a little bit. It’s a half true song about an ex-girlfriend, if I introduce the song, I always lie about it and claim it’s about a random member of the band.

PC: On your debut album Listening for the Sound, you feature a variety of sounds under the “country” umbrella, from a more outlaw sound, red dirt/Texas sounds and traces of classic country. Was it at all important for you to showcase a certain level of sonic versatility on your debut release?

JRK: It crossed my mind that it might limit me from critique at different outlets. It seems that the cohesion desired sonically by all these critics typically borders on monotony in my mind. Very few people can keep such a “sameness” to their sound and keep you captive through a seven song EP, let alone and 12 song full-length album. It may be an easy way out to have such brash diversity of sound, from on the nose honky tonk to borderline rock and roll, and I wonder as I continue writing for the next album if I will pursue more cohesion or further diversify my sound. Maybe I’ll drop two albums to satisfy my pursuit of variety. Ultimately, I want the full thing to keep you and to be an enjoyment, whether I achieve in or outside of the box.

PC: Your newest single is an interesting rendition of The White Stripes’ “Seven Nation Army.” What went in to the decision to record that song and release it as your latest single?

JRK: I love the words. The melody is why it’s so well-known, but the words are amazing as well. I wanted to turn the song on its ear and force listeners to hear the lyrics, while paying homage to the original amazing melody, but changing it ever so slightly to make it my own and country the sh*t out of it.

PC: 2020 has thrown the plans of many artists out the window. Of the things you can control, what are your plans for the rest of the year?

JRK: Currently, I’m farming full-time. We got two and a tenth inches of rain this week, so we’ll be planting soon, working around the clock ‘til we finish. But I’m writing so many songs, and without easy access to a studio, I’m actually building one in my basement. I’m dabbling in production and engineering (the musical kind) and may even record a full-length album. I’ll use the best musicians west Texas has to offer, so it won’t be completely homemade.