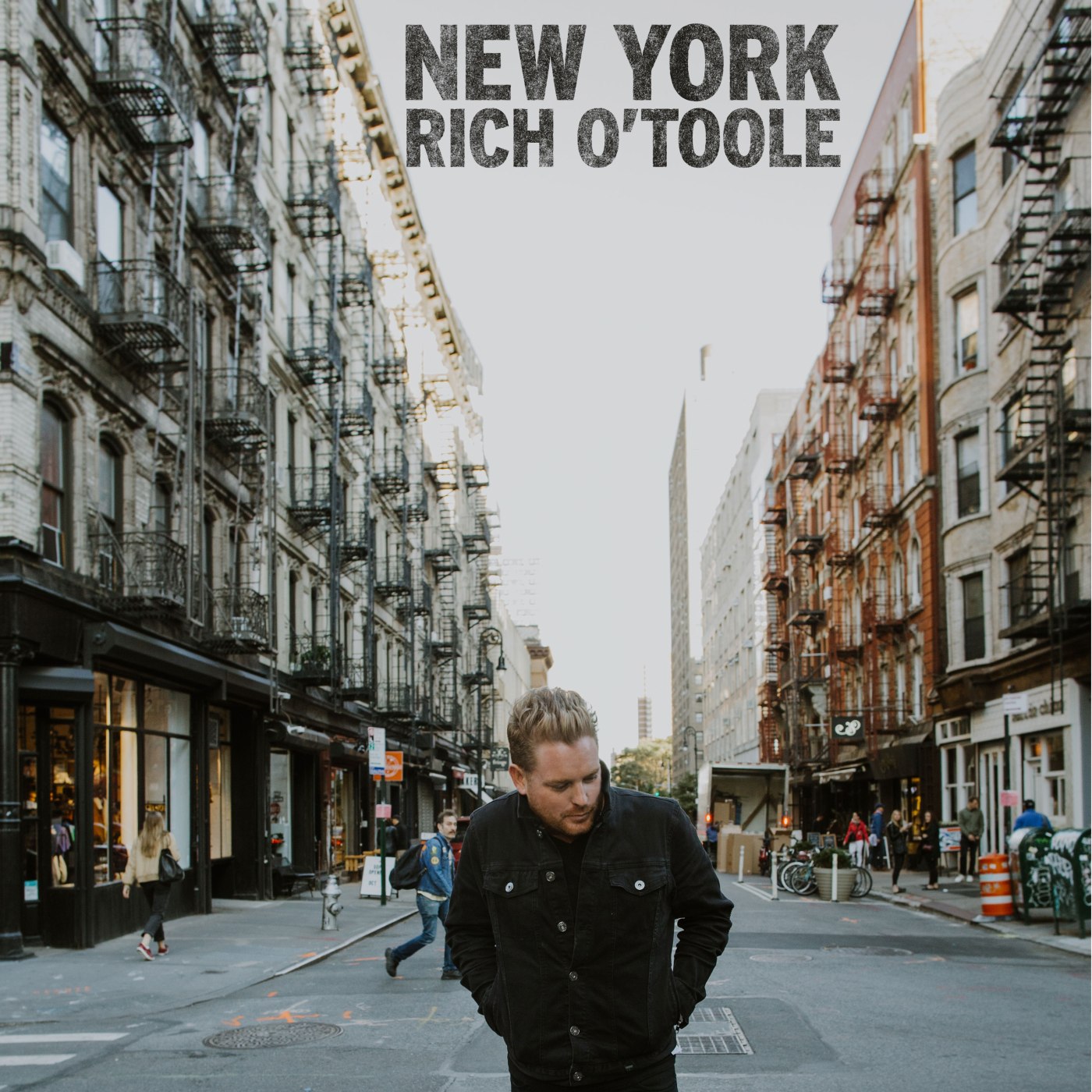 There’s just something about honest songwriting that has a way of touching listeners. And sometimes, an introspective look into one’s self, though personal in nature, can be just what listeners need to relate to their own lives. Such is the case with Rich O’Toole and his newest album New York.

After admittedly doing a lot of maturing since his last release, O’Toole delivers an album that runs the gamut of emotions; ranging from heartbreak to regret to suicide, all the while, being nearly impossible to pigeonhole into one sonic lane. New York is O’Toole at his best; real, raw, solid music.

We chatted with O’Toole about maturing, several of the songs on New York and what he hopes listeners take away from it, his newfound plans for 2020 and more!

Pro Country: In your bio, you mentioned that you’ve done a lot of growing up and have been able to represent yourself more honestly as a songwriter since your last album American Kid. Can you talk about where that growth comes from and how necessary it was for you to undergo prior to the release of your newest album New York?

Rich O’Toole: I think it’s just age. As we grow up, we have more life experience and that turns into better songwriting. Our body and mind changes as well. A night out of drinking is a big deal and makes you rethink everything. So you start to write about it.

PC: “Mississippi Baby” was the first of several songs to be released prior to New York, and has since accrued well over one million streams. What went into the decision to release that song as the first taste of the album, and what did the reception mean to you?

ROT: I think it’s just a great song; windows down and you are rolling through the south. It was a no brainer to drop it first. It already did 1 million streams on its own, so it was a fast horse out of the gate.

PC: What went into the decision to release “Peter & Paul” as the newest single from New York?

ROT: It just fits with what’s going on right now: political, in households. People are hurting and they need peace and love, so I think the world needs to hear this song, and I hope it eases their mind a little bit.

PC: “Dear Samantha” is a pretty heavy song that talks about a girlfriend that has left a lasting impact on you. Is it at all cathartic for you to write and release a song of that nature? Was it a hard song to write or a song that flowed out quickly?

ROT: Of course. I’m still madly in love with Samantha. It hurt to write and hurts to perform this song, but it just had to be written. I needed it to be off my soul. I think it’s a love letter for me to finally move on and find a new love.

PC: “Coke” is one of two songs on New York that you did not have a hand in writing, and was a cover of a song written by Brandin Lea. What drew you to the song and to include it on New York?

ROT: I was always a big fan of Flickerstick, so when I had the opportunity to record this song, I took it. Brandin is one hell of a writer and has an amazing voice as well. I always cover two songs on my records, so I’m glad we recorded this one.

PC: “Kate” is a song that’s quite personal to you about a friend who tragically took her own life. Can you talk about what she meant to you and the greater message that you hope listeners find in the song?

ROT: I loved Kate. We vacationed a lot together. Somewhat dated off and on. She was a beautiful soul that was just trapped in her own mind. It was so sad to hear of her passing and I wish I could have done more for her. She really loved music and I know she would be excited that her name was on an album. She really loved stuff like that.

PC: On several of the songs on New York, as well as in your catalog, you open yourself up pretty deeply, even tapping into vulnerability at times. What is it about yourself that allows you to be that open and vulnerable in your music?

ROT: As I get older, I want people to know the truth. I want people to understand that everyone has problems and everyone hurts. Most country albums you buy just talk about floating on a lake or drinking beer. That’s not really life. There’s way more depth in life.

PC: Do you have a favorite song on New York? If so, why is it so special to you?

ROT: It has to be “Back on my Bullshit;” it just makes me laugh at all the dumb stuff I did when I was hitting the booze pretty hard, but I wouldn’t change a thing. It was a blast!

PC: What do you hope listeners take away from New York after listening all the way through?

ROT: It’s a journey of a young man finding himself through heartbreak, suicide, city lights and regret. Start to finish it just makes you think. I hope the listener finds the little puzzles hidden in each song.

PC: Averages Joes Entertainment named you as the head of its Americana/Texas imprint Buffalo Roam Records. What does that trust mean to you and what are you looking forward to most with the label?

ROT: I think it’s time that we give great songwriters a voice for their music to be heard in the masses. That really doesn’t happen anymore, and hopefully at Buffalo Roam, we can make that happen.

PC: 2020 has changed many of the plans of artists so far. Of the things you can control, along with promoting New York, what are your plans for the rest of the year?

ROT: I will probably not tour till 2021. I want to be smart and be a part of the solution and not the problem. Social media is very important right now to keep the music out there and have a voice through all of this. Being safe and smart is the first priority.

**Listen to Rich’s music on The Best of Pro Country playlist!**