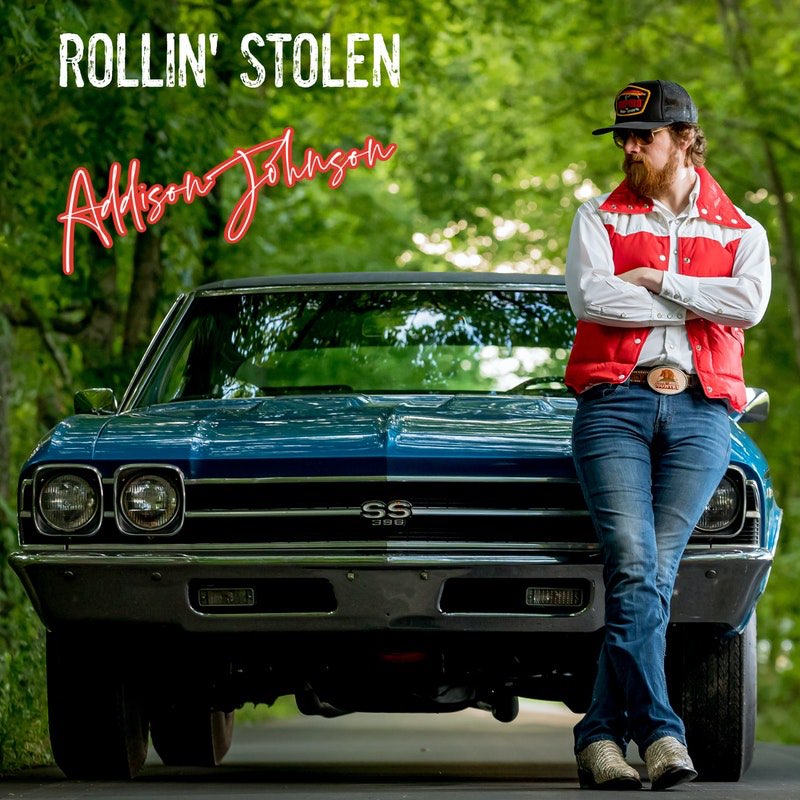 When we were introduced to Addison Johnson in 2019 with his album Cherokee Blues, we were instantly hooked by his storytelling and just how sonically “country” those stories were presented.

Following the album, we luckily didn’t have to wait very long before Johnson released “Old No. 7,” a song heavy on fiddle and steel with the makings of a honky tonk anthem.

With those two releases, Johnson has seen some of the greatest success of his career so far, something that has him encouraged as he continues to make his way through the music industry.

“It’s exciting! I have taken a long way around in the music industry, and being able to see continuous growth has been amazing,” says Johnson. “The music industry always presents new obstacles to navigate, but I’m happy with where I’m at right now and will continue to work hard to keep our momentum going.”

Today, Johnson is doing just that with his newest single “Rollin’ Stolen,” in which he once again shows off his storytelling chops and the ability to craft memorable, singalong choruses, and this time, expanding his lyrical horizons.

“I got really interested in the challenge of writing three-minute movies in a traditional country music storytelling format,” says Johnson. “It really gave me an opportunity to step even farther outside of the beer, truck, girl template.”

In doing so, Johnson crafted the tale of his newest single from the stories a friend in law enforcement has told him, and admits to being immediately drawn to the song’s title as soon as he heard it.

“I actually got the idea from a friend in law enforcement who was telling a story about a rolling stolen list that they used in the 90s in Nashville, which was just a list of stolen cars,” says Johnson. “After he said those two words: ‘rolling stolen,’ I couldn’t get them out of my head. I infused mafia and smuggling movies, like The Godfather and Blow, into that idea.”

Though the rest of 2020 comes with a bit of uncertainty for Johnson, he has his sights set on making music and bringing his music on the road when the time is right.

“Play as often as possible, when it’s safe and healthy to do so, and I’ll continue working on the new record to release in early 2021,” says Johnson. “I also plan to release one more single before the year ends.”