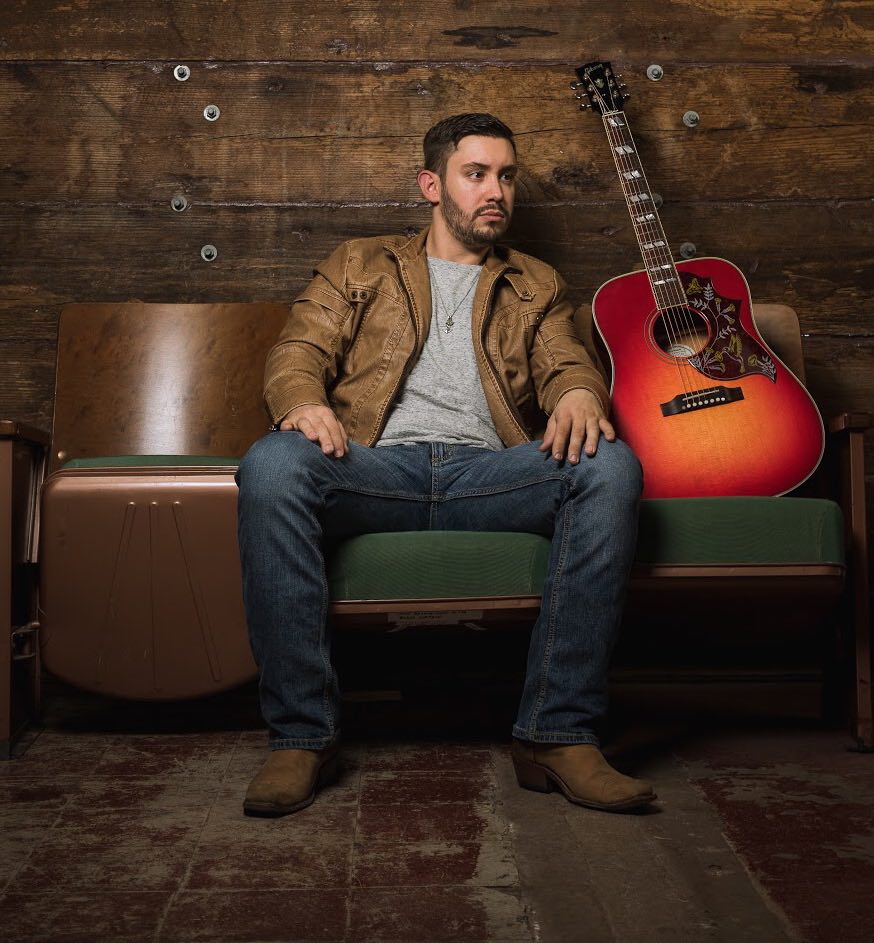 When the end of August comes and goes, so will the one year anniversary of Bastrop, Texas native Blake Harlow releasing his debut single, “Topless.”

In the year that’s followed, Harlow has released two more singles, been nominated for two fan-voted awards, and established himself as an artist to watch as the rest of 2020 and 2021 unfold.

We chatted with Harlow about how a trip to Nashville made him realize he wanted to pursue a music career, all three of his singles, what he’s learned from opening for major artists and more! 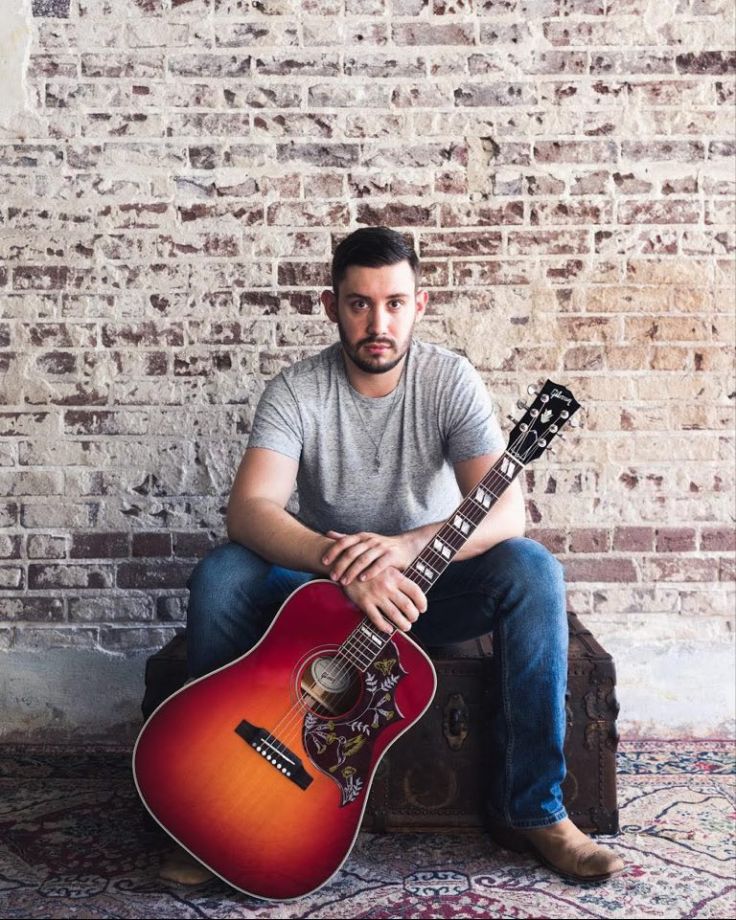 Blake Harlow: I’d have to say that my two biggest influences that helped me find my sound are Garth Brooks and George Strait. In my opinion, Garth is arguably the greatest entertainer to ever step foot on a stage, and George Strait is The King of country music. To me, they’re on two opposite ends of the country spectrum, and I was always a fan of both, so when I started playing, my sound landed in the middle. Sprinkle in some old Tim McGraw and Kenny Chesney, and you’ve got Blake Harlow.

PC: Your bio says that you knew early in your life that music was the path for you. What was it about music that connected with you at such an early age?

BH: I’ve always loved music. As a child, I was always singing around the house. What really made me connect with music at such an early age was how happy it made me feel when I’d listen to the radio.

BH: My parents and I stopped in Nashville at the Opry on a road trip when I was seven years-old, so of course we took a tour, and I just fell in love with the lights, the stage and every little detail that went into making the show. It sounds cliché, but it was like the stage was calling my name.

PC: What emotions were you feeling as you were preparing to release music for the first time with the “Topless” single?

BH: Every bit of nervous energy mixed with all of your excitement all in one moment. That’s how I felt. I was also a little scared because there was no telling how the release was going to turn out, so it was pretty nerve racking.

PC: “Topless” was originally released by Craig Campbell on his 2013 album Never Regret. What was it about that song that drew you to record and release it?

BH: When “Topless” was originally sent to me by my producer, it wasn’t on the top of my list of songs to cut. I think I was apprehensive about recording it because of the fact that Craig Campbell sang it so well. Eventually, with some input from my best friend and a few friends in the music business, I decided I needed to record it. To me, it’s just a fun song. It’s fun to perform and see the fans having a great time when we play it. It makes me want to find a beach in a Jeep and just waste the day away.

PC: Your second single, “Wide Texas Sky” is a song that was originally recorded by Madd Hoss Jackson, but many people may have never heard before. How did you hear the song, and why did you feel it was a good follow up to “Topless”?

BH: “Wide Texas Sky” was another one that was sent to me by my producer and I instantly gravitated towards the song. Being a native Texan, I feel like I had an instant connection to the song and lyrics. Danny Mark Dillon and Tommy Conners absolutely knocked this song out of the park.

I feel like it was a good follow up because not only is it such a great song, it’s a completely different feel. One of the things I really wanted to do at an early point in my career is show fans that I am not married to one particular style of country music. To this day, “Wide Texas Sky” and “Topless” are both fan favorites.

PC: Can you talk about the inspiration behind your newest single “Chasing the Sunrise”?

BH: The biggest part of my inspiration for my newest single “Chasing the Sunrise” is my girlfriend. A few of the references in the lyrics I actually drew from her such as the “eyes that shine like diamonds” line. There’s something about her eyes when the sun hits them just right that makes them sparkle, or her hair blowing in the breeze when we’re outdoors. It’s hard not to write about her.

PC: Jeff Huskins, formerly of Little Texas, is serving as producer on your music. How has working with someone who has had the level of success that Jeff has had in the industry helped you with your music and your sound?

BH: When I first walked into Soundstage in Nashville, I didn’t know what to expect. I had only ever talked to Jeff over the phone before I arrived, but as soon as the music started flowing, it was seamless. The studio musicians were among the best I’d ever heard, so it just made the process of making a record that much easier.

Sometimes, it was like Jeff was reading my mind as to what I wanted. I described the sound I was looking for to him and he made it happen.

PC: You’ve gotten to open for major artists, including Uncle Kracker and Little Texas. What can you take away from those experiences that can help you in your own career?

BH: I think the biggest thing that I’ve taken away from those performances is to always carry yourself professionally. One big part of that is to treat the people putting on the show, such as the stagehands, crew and sound engineer with the utmost respect. Without them, the show is impossible.

PC: You were nominated for Best Local Artist and Best Country Artist for the Support Local Music Awards in 2019. What does it mean to you to be recognized in that way and see the support you’ve received from your fans?

BH: It means the world to me. My biggest goal with music is to be able to connect with the fans, so the fact that they were fan-nominated awards makes me feel like I’m doing something right. 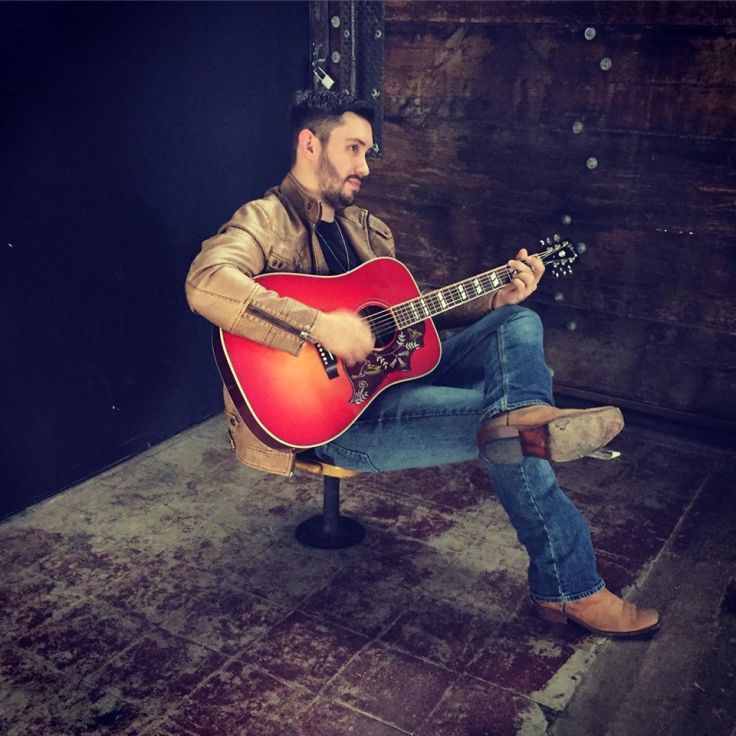 PC: 2020 has altered most of the plans of artists so far. Of the things you can control, what are your plans for the rest of the year?

BH: 2020 has definitely been a weird year as far as live shows go. Right now, we’re just playing as much as is safe for the band and I’ve been playing some acoustic shows.

I’m also writing some new songs and we’ll hopefully be in the studio sooner rather than later to get those recorded and out to the fans!

BH: I can’t wait to get back out there with the fans up on stage, but for now, we’re keeping our fans in the loop on social media. Feel free to reach out and connect with us on those platforms. We’ve been doing some live videos in addition to other content. If there is a song request or a question you’d like answered, let us know!

**Blake’s music is featured on The Best of Pro Country playlist!**