If you happened to watch the Bluebird documentary, one of the more endearing stories featured was that of Mark Irwin; who was working the venue as a bartender while a song he had co-written with Alan Jackson, “Here in the Real World,” was climbing the country music charts. When all was said and done, the song was nominated for “Song of the Year” at the CMA Awards and launched Alan Jackson on a path towards superstardom.

A lot has happened for Irwin’s songs in the 31 years that have followed, including number ones for Tim McGraw and Tyler Farr, a signature song for Hank Williams Jr., and songs recorded by Patty Loveless, Jimmy Buffett and Chris LeDoux, among more than 100 others.

With more than three decades of success under his belt with his own songs, we chatted with Irwin about five songs that he admires and wishes he could have had a hand in writing, and he delivered! 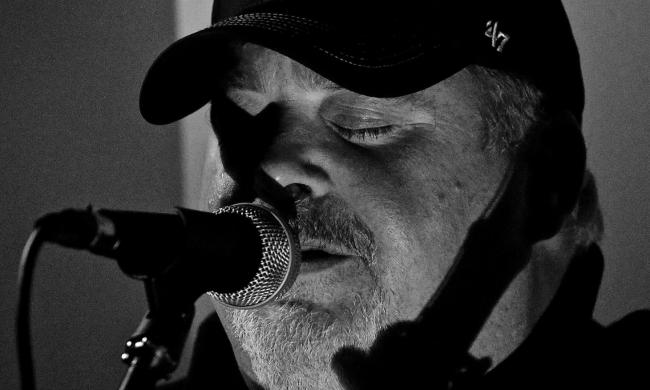 “These are the five tunes that hit me today. I decided to stay in the country world because thats the genre I work in. And these songs inspire me in so many ways. Again, there are plenty of other titles I could have included for all kinds of reasons, but this is what I’m feeling today.”

1) “I’m So Lonesome I Could Cry”- Hank Williams

This set the bar for poetry in country music, while at the same time, expressing personal emotions with plain spoken directness. And it is, perhaps, the saddest song ever written. The combination of music, melody and lyric just sets the perfect tone for the message.

It’s funny, two people wrote it, but it sounds/feels like it just poured out of Merle one day. I think it’s a perfect love song. Simple but so well written and honest about finding that a love thought gone was still there. It just took letting the hurt heal to find it again. To me, that’s a very mature concept.

3) “Angel Flying Too Close To The Ground”- Willie Nelson

Might be my favorite song of all. There is a lot of speculation about whether it was written about someone in particular in Willie’s life and who that might be. To me, it doesn’t matter. It’s a deep, thoughtful lyric about love and about loss. The track is practically naked, which adds to the vibe, and Willie’s vocal might be his best ever. Vulnerable, compelling and completely touching.

4) “Most People Are Good”- Luke Bryan

I wanted to include a contemporary country song. And to me I love that this tune is written with such intelligence, love and insight, in a modern setting, with a message that is sometimes absent in country music. Its about acceptance, tolerance, forgiveness…and basically just maintaining a positive outlook in a world where that’s sometimes difficult to do. The song reminds me there’s more good than bad in the world.

This song knocked me out the first time I heard it and it still does. This is the kind of writing I aspire to. You can feel it in your heart with every listen. A simple message written plainly but beautifully, about how no matter how things play out, its still ‘better to have loved and lost than to never have loved at all’. I related to it immediately. A great vocal and simple production helped too.

One thought on “Songs I Wish I Wrote: Mark Irwin”