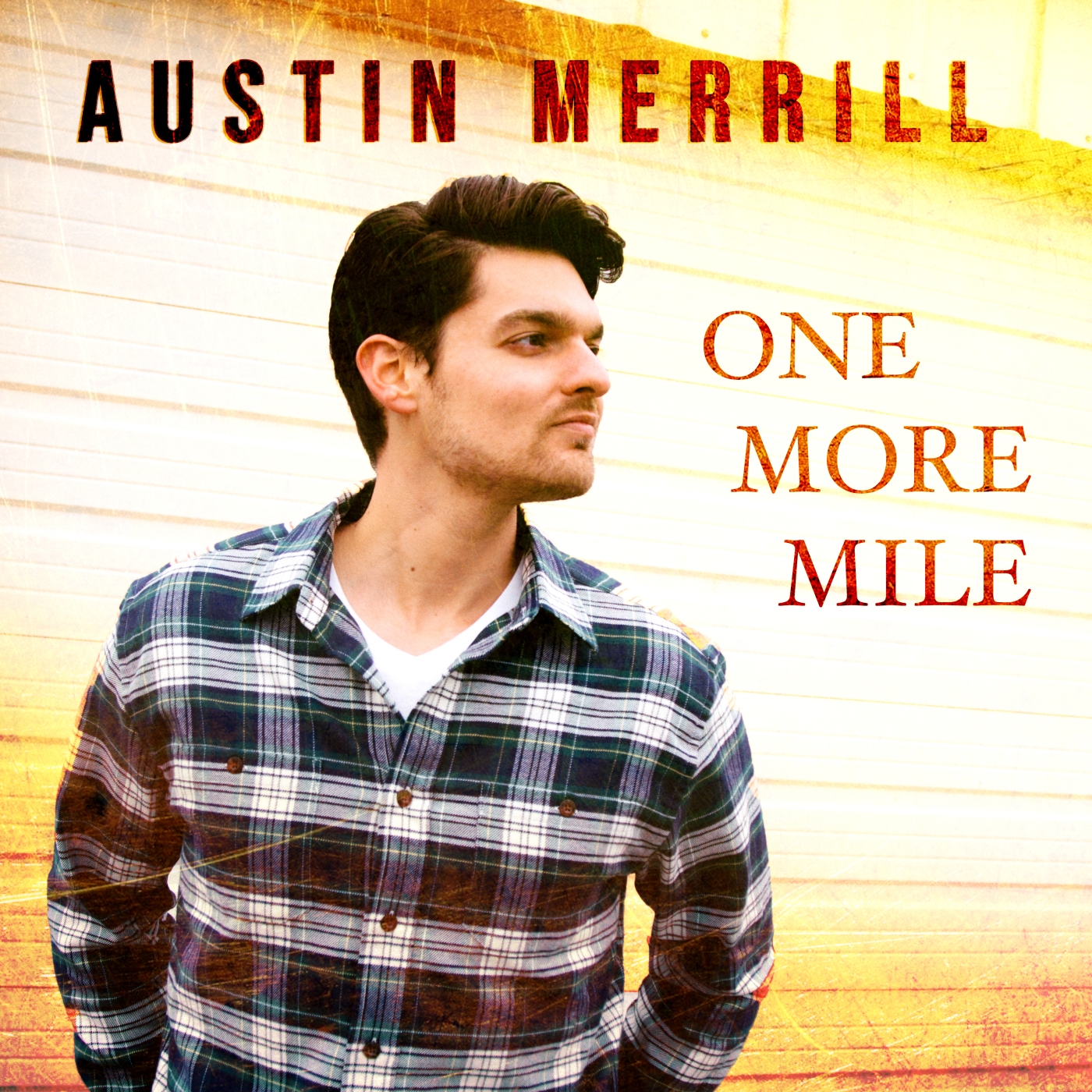 There’s something to be said about being able to breathe a breath of fresh, yet familiar air onto a song; something modern, but something that also still taps into the timeless aspects that make a genre great.

Over the past year and a half, Nashville-based singer/songwriter Austin Merrill has done just that. When he introduced himself with his debut EP Whiskey & Water in April of 2019, songs like the title track and “You’ll Come Knocking” sound as if they could have lived at the height of 90s country, while songs like “Like a Woman” and “Jeep Grand Cherokee” seem ready to dominate the airwaves today.

In June, Merrill doubled down on that artistic approach to his artistry with “One More Mile,” a song close to his heart due to its personal nature, made even more personal after being asked to sing the song at a family friend’s memorial service.

We chatted with Merrill about his sonic diversity, what the success of Whiskey & Water and “One More Mile” have meant to him, working with a GRAMMY-winning producer, his plans for new music and more!

Pro Country: Who are some of your biggest musical influences that have shaped your sound?
Austin Merrill: I grew up on 90s country radio, and I still love jamming to all the greats from that era like Alan Jackson and George Strait. I’ve also always been a fan of Keith Urban. Country music has produced so many great artists that tell great stories, it’s honestly hard to pick out my favorite influences. I like to think I’m more a student of the whole genre.

PC: When did you realize you wanted to pursue a career in music?
AM: Music has always been a passion of mine, but I made a conscious decision to pursue music about halfway through college. I was actually setting myself up for a career serving Uncle Sam in the CIA, but my love for music and performance won out; I couldn’t imagine a life without it.

PC: What emotions were you feeling as you were preparing to release music collectively for the first time with your Whiskey & Water EP?
AM: I was so stoked for my debut EP release. The Whiskey & Water project was a labor of love. I wrote every track on it and I’m so incredibly grateful for the positive response I’ve received from audiences. We actually had to move the release date back a bit because I was training with the Army (I’m a Lieutenant in the Tennessee Army National Guard), but when that day finally came, it was a dream come true.

PC: The first single from Whiskey & Water, “You’ll Come Knocking,” was added to Spotify’s New Boots playlist and has earned well over 300,000 streams on Spotify. What went into the decision to release that as the first single, and is there a level of validation that comes with having that success with your debut single?
AM: “You’ll Come Knocking” was my first focus track off the project, and we all thought it was the best way to introduce myself to country music audiences. It’s a fun, lively tune and I was ecstatic to have official support from Spotify on my first release. It’s always validating for an artist to see people respond so well to their creations.

PC: “Whiskey & Water” has become your most streamed single, accruing well over 300,000 streams since its release just under a year and a half ago. Why did you decide to make that the title track of the EP? What do you think it is about the song that has allowed it to connect with listeners the way it has?
AM: “Whiskey & Water” was my first radio single, and it actually hit Top 30 on the MusicRow charts a few months ago, which has been one of the highlights of my music career thus far. It seemed like an appropriate title for the EP, but I’ll let the listeners come to their own conclusions on the exact meaning of the title (I’m not gonna spoil the fun, haha!).

PC: You released your newest single, “One More Mile,” at the end of June. Can you talk about the inspiration behind the song?
AM: “One More Mile” is a song that’s particularly close to my heart. The inspiration behind the lyrics comes from a few people that I hold dear, and initially, the plan was to pitch the song to another artist, but I was so proud of the story it told that I decided to release it myself.

PC: You sang “One More Mile” at the memorial service of a close family friend just one week after finishing it. What did that moment mean to you? Did it change the meaning of the song to you at all?
AM: They say that some songs take on a life of their own once completed, and I feel so blessed that “One More Mile” became a part of something bigger and more meaningful than I could have ever imagined. This song will forever remind me of the catharsis and closure it brought to myself and many others during an emotional time. And as a songwriter, it is both humbling and validating to be able to serve a purpose in those situations.

PC: “One More Mile” has earned well over 100,000 streams just under two months since its release. What did it mean to you to double down on the success of Whiskey & Water and find that success again with “One More Mile”?
AM: “Whiskey & Water” and “One More Mile” are such different songs, and they come from such different artistic places that it’s been incredibly rewarding to see the listeners react so positively to both songs. I tell stories for a living, and to see those stories so warmly received by the audiences is really what I live for. It’s why I do what I do.

PC: While Whiskey & Water taps into a more traditional sound, “One More Mile” falls a bit closer to contemporary, whilst staying true to the sound you created on the EP. How important is it for you to be able to blend those two sounds in your music?
AM: When I make music, that’s just the sound that comes out! But when I sit back and think about it, I do make a conscious decision to weave elements of more traditional country music into a modern sound. The great country music of the 90s and 2000s will always be near to my heart, and I don’t want to hear those instruments or that style disappear from today’s new releases.

PC: GRAMMY-winning producer Mark Bright is serving as your producer. What have you been able to take away from the experience of working with someone with Mark’s level of success and knowledge in the industry?
AM: Mark produced my last two projects, and working with him has been an incredible experience. He created some of my favorite childhood music, so getting the chance to actually create music of my own with him is something I consider very, very special. It still blows me away when I think about it. The guy is a legend.

PC: 2020 has altered many plans of artists so far. Of the things you can control, what are your plans for the rest of the year?
AM: I’m actually headed back into the studio shortly to work on a brand new project that I’m really stoked about, to be released toward the end of this year. 2020 has been a crazy year so far, and I think we need music now more than ever. And I plan on doing my part.