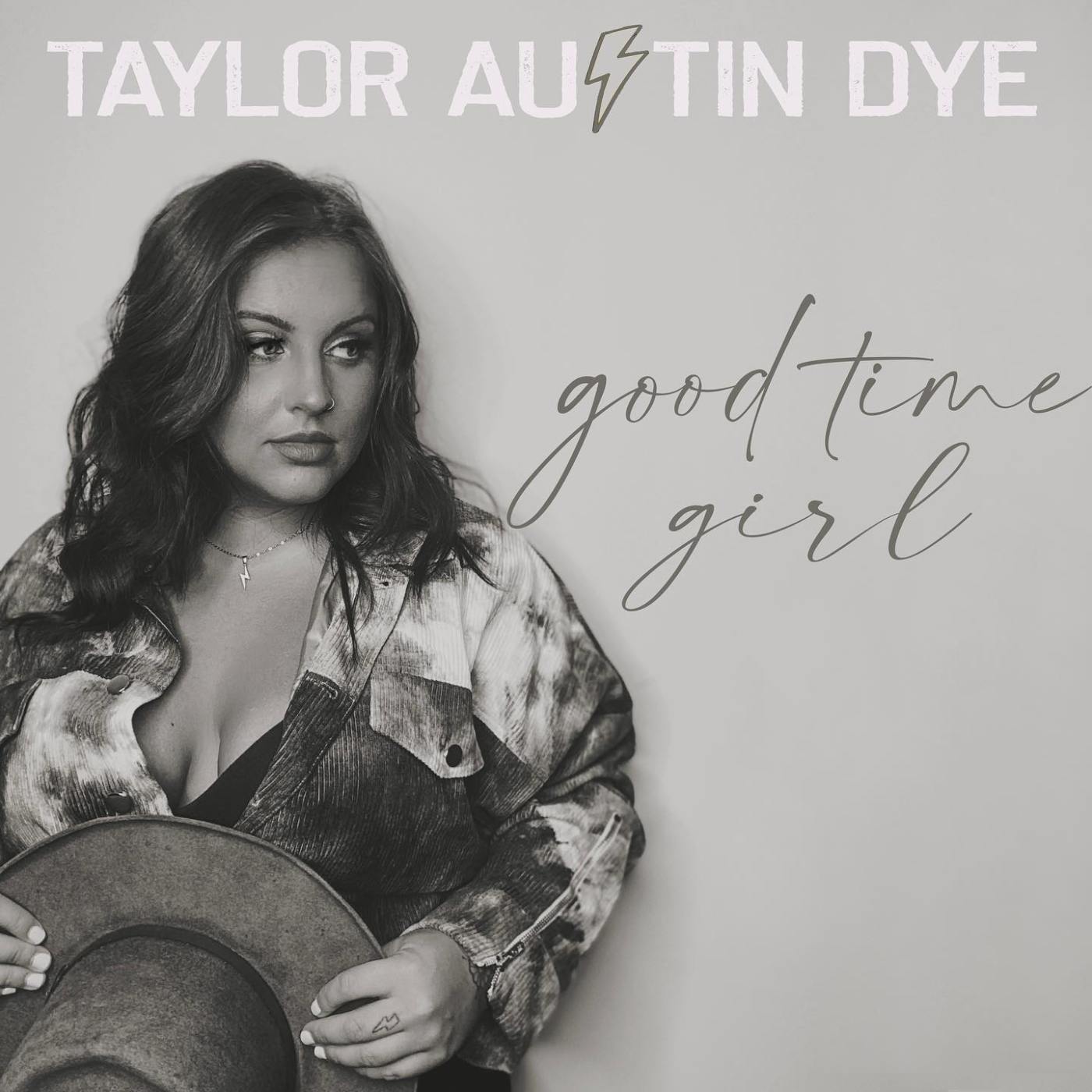 It’s typically impossible to know where an artist’s big break will come from. For some, it can seem elusive. Luckily for Taylor Austin Dye, she may have just found hers, coming in the form of her new single, “Good Time Girl.”

Dye posted her first video to TikTok in May of 2020, and over the course of her first handful of videos, hit the ground running with several thousand views spread between them. But it was TikTok video number eleven, an acoustic performance of the first verse and chorus of an original song called “Good Time Girl,” posted less than two months after her first video, that caught listeners’ ears.

The video earned well over 600,000 views, more than 100,000 likes and over 2,000 comments. In early February, she posted a new performance of the song, earning another 816,000 views and 126,000 more likes. Suddenly, there were countless new eyes on Dye, which led her to realize that people wanted to hear more of her original music, and she was going to be releasing a song she previously had no intention of releasing.

“I started making TikTok videos, as most people did, as an outlet to continue entertaining people during lockdown. I was absolutely blown away at the attention and support my songs were receiving on that platform, and even more excited that most of my engagement was on my original music!” says Dye. “’Good Time Girl’ was definitely a turning point in my content, because I started to realize that there was a demand for my original content. I had no intentions on releasing this song, but since everyone liked it so much on TikTok, I decided to go for it!”

Dye feels it is the unfortunately all-too-relatable subject matter that has allowed “Good Time Girl” to capture the attention it has.

“I think this song hits home with a lot of people because it is such a relatable topic. The chorus of the song says, ‘I don’t wanna be your good time girl, arm round my shoulder shuttin’ down your favorite bar…never seen ya sober only see you in the dark, I’m not asking you to give me the world, but I don’t wanna be your good time girl.’ I think many of us have either been on one side or the other of that situation or know someone who has, and it’s definitely a sticky subject to tackle,” says Dye. “No one wants to admit they have been there, but putting a song out about it makes people feel like they’re not alone and unites them in that way.”

Though it can admittedly be tough for Dye at times to get vulnerable in her music, she’s realized that her audience enjoys those moments as much as they love her country-rocking singles, “Mean” and “Salt.”

“I think being unapologetically vulnerable in this song has made it all the more successful in the way that it has connected people who have had that experience. It is a totally different vibe than my last two upbeat, driving songs, and I wanted to show my softer side by putting ‘Good Time Girl’ out,” says Dye. “It hasn’t always been easy for me to open up and share my more intimate songs, but I have learned that my audience loves those songs just as much as they love my fast-paced, rocking songs.”

Dye has remained active on TikTok, and has now seen her presence grow to 160,000 followers and she is quickly closing in on one million likes. Though there was an initial learning curve, Dye says she has enjoyed using the platform to expand the reach of her music.

“I am so thankful for this platform and everything that has come from it! It is such a great space for artists to make organic connections with real music lovers and develop an incredible, supportive following,” says Dye. “It has definitely been a learning curve for me since for most of my music career, I’ve leaned on Facebook, Instagram and YouTube to get my music out there. Now, a 15 second TikTok video has so much more power to get more eyes and ears on my content!”

“The night before release, I was doing a TikTok release party! Around 12:15 central time, I saw a text come through on my phone saying I was at number 67 just an hour after release. As you can imagine, everyone watching the TikTok live saw me going nuts on camera. I wish I had that moment saved somewhere. I didn’t know whether to scream, laugh or cry, but ultimately, I decided to do a shot with all my followers in celebration!” says Dye. “It is such an incredible feeling to finally see something I’ve worked my whole life for come to fruition. I couldn’t have done any of it without the support of my followers on TikTok and my incredible team of people that believe in me and my songs. I can’t wait to give my audience more music!”

2021 has all the makings of a big year for Dye, as she hopes to release more new music and take her songs on the road all over the country.

“It’s my goal to release a few more songs (and maybe an EP) by the end of the year and hit the road to meet all my new friends at venues around the US! I’ve recently been fortunate to sign with a booking agency that is helping me to make those goals a reality!” says Dye. “It goes without saying that 2020 was a rough year for everyone, but I plan to really make up for it this year!”

*”Good Time Girl” is featured on The Best of Pro Country playlist!*