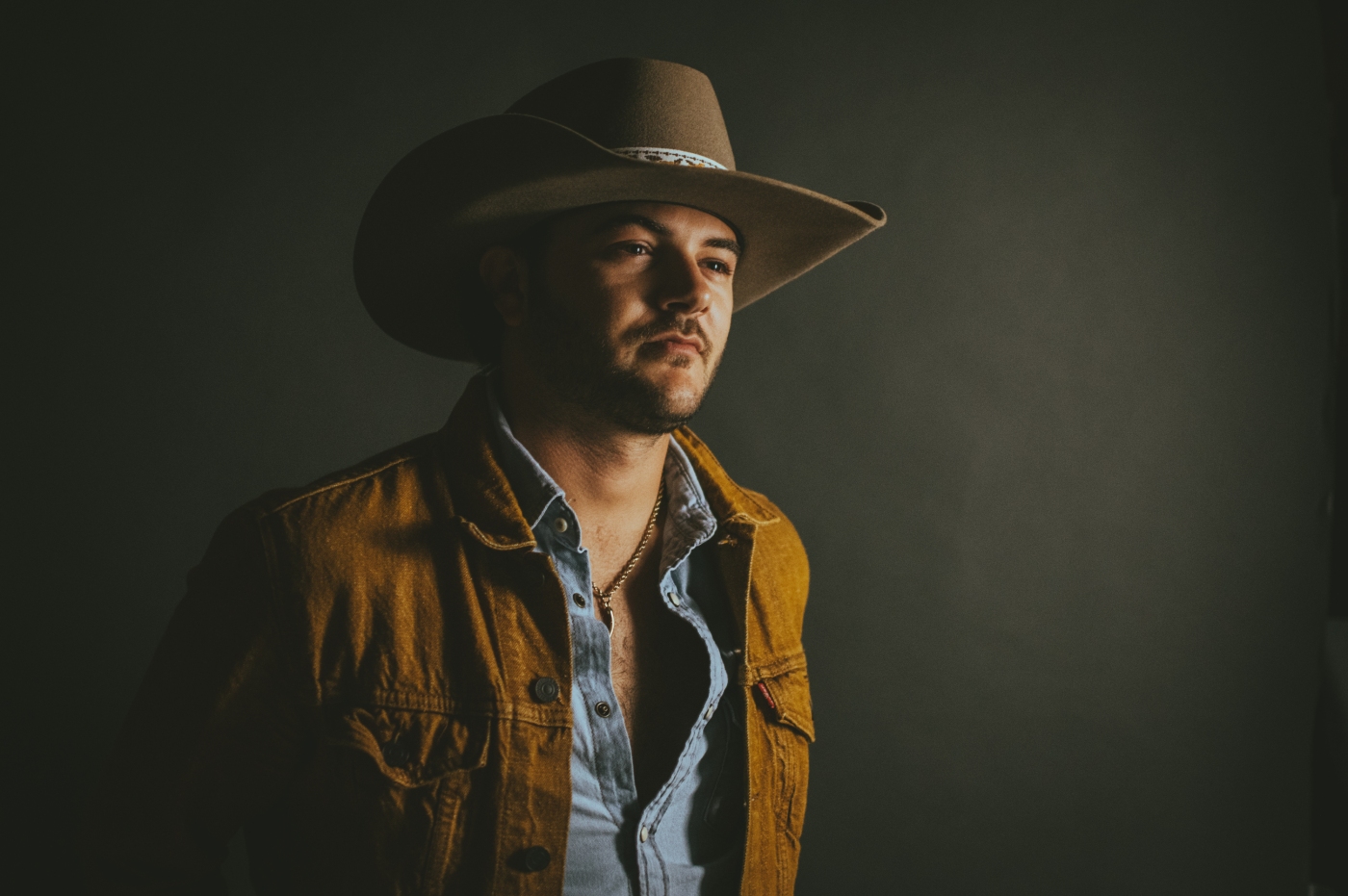 Though he is admittedly a lover of a good ol’ ballad, Nicky James understands the importance of diversifying his releases. In doing so, he has seamlessly molded his love of 70s rock, Texas country and his own flair to create a way to tell the stories he wants to tell, which most recently has resulted in his single, “Your Name On It.”

Released in early March, James’ newest single shows off an impressive vocal range and sounds ready for windows down, Spring and Summertime driving. With “Your Name On It” under his belt and a new single set for release in a few weeks ahead of an EP, James has cemented himself as an artist to watch as 2021 continues to unfold.

We chatted with James about his diverse influences, storytelling, how he defines success, all about “Your Name On It” and more!

Pro Country: Over the course of your first handful of releases, it’s quite hard to pigeonhole your sound into one specific “lane” if you will. Who are some of the sonic influences you draw upon to create your own sound?

Nicky James: People always assume that I grew up to listening to country music, but actually it was the exact opposite. From a young age, I was introduced to the stories of James Taylor, John Denver and the Eagles. I was taught to listen to the lyrics first and feel the melody second. As I got older, I was heavily influenced by Cross Canadian Ragweed, and the rich Texas music culture. As I continue to progress in music, I’m most excited to allow the listener a front row seat into my own stories with hopes that they can connect to my past, and bring back memories of their own.

PC: Your bio mentions that you began pursuing music full-time while you were still in your teens. What was it about music that was resonating with you at such an early age and beckoning you to dive in?

NJ: I have this very distinct memory from when I was young of the first time my parents took us to the Rocky Mountains. As we drove through the scenic landscape, I remember my mother putting on “Rocky Mountain High” by James Taylor and it hitting me emotionally for the first time. It was something different than what I was use to hearing, in the instance when the lyrics and the melody matched the surroundings, it seemed to click. From that day on, I was on a mission to recreate that by myself.

PC: Your debut single, “Enough,” has already earned nearly 25,000 streams since its release. Is there a level of validation that comes with tangibly being able to see the support you received with the song?

NJ: The only validation I ever feel is playing a song live and seeing people connect with the music right there on the spot. You can have a song that has millions of streams, but if the listener doesn’t connect with it, what really is the purpose of that song? We as artists have a special avenue to help someone through lyrics, and moving forward, I’m excited to finally get back to the music I truly want the world to hear.

PC: Why did you feel that your new single, “Your Name On It,” was the right follow up to your previous two singles “I Still Miss You” and “Way Too Much,” released in January?

NJ: To be completely honest with you, I just wanted to start putting music out, “Your Name On It” is a very well-written song, and I knew it would be something fun for the listener to turn on and relax too.

PC: “Your Name On It” was written by heavy-hitting songwriters Matt Rodgers and Wendell Mobley. How did you hear the song and what drew you to record it?

NJ: Matt Rogers has been instrumental in helping me get some more radio friendly songs in my mix. If it was up to me, I would release ballad after ballad after ballad, but as an artist in Nashville, you also have to take into consideration that sometimes people want to hear something that isn’t always in depth too much. As long as the music can tell a story, bring back a memory and allow someone to escape, it’s worth sharing it with everyone.

PC: You have a new single, “Addict’s Knot,” set for release on April 21 that is currently available for pre-order and pre-save. What information can you give about it, as well as any other music that is coming down the pipeline? What can listeners expect to hear?

NJ: “Addict’s Knot” is my favorite song off the EP. I wrote the song about someone very close to me who has suffered with an opioid addiction for a good majority of their life. I’m not sure if the general public understands the crisis at hand with opioid addictions. It is affecting more and more of the younger generations, and there is little to no talk concerning this issue. What we see on the movies and TV is nothing like what an addict looks like or goes through on a daily basis. My hope is that I can help one person with this song and video, if one person can see it and get the help they need, then to me, the song is a success.

PC: You’re working with Grammy-nominated producer, Eric Torres. What has the experience of working with Eric been like for you, and what can you take away from working with someone who has his level of knowledge and success in the producer’s chair?

NJ: I am very grateful to be introduced to Eric Torres, Eric has been instrumental in helping me navigate the music industry while figuring out a direction to keep going towards the music and sound I want to put out.

PC: You’ve remained very active with releasing music over the past several months. In the midst of a pandemic where live performances are still tough to come by, is it even more important now to continue to stay creative and offer new content to listeners?

NJ: You know some people may disagree with me on this, but while it’s hard to get out and play live shows, I think it’s a perfect time to write and be creative. While Facebook live is such a critical part of today’s world, I really hope they will be in the past very soon. There’s nothing like the connection of playing in from of an audience, and there’s nothing like telling my stories face to face. To me, the main goal until we get back in the swing of things is to write music so that when the time comes, I am ready to connect with the fans in person at each show.

NJ: My plan has stayed the same since day one: write as much as I can and play wherever and whenever I am accepted. Outside of my family, music is what pushes me to be a better person, a better friend and a better person. I’m excited for the opportunities that are being presented and cannot wait to continue down the road with the traveling kind.

*”Your Name On It” is featured on The Best of Pro Country playlist!*