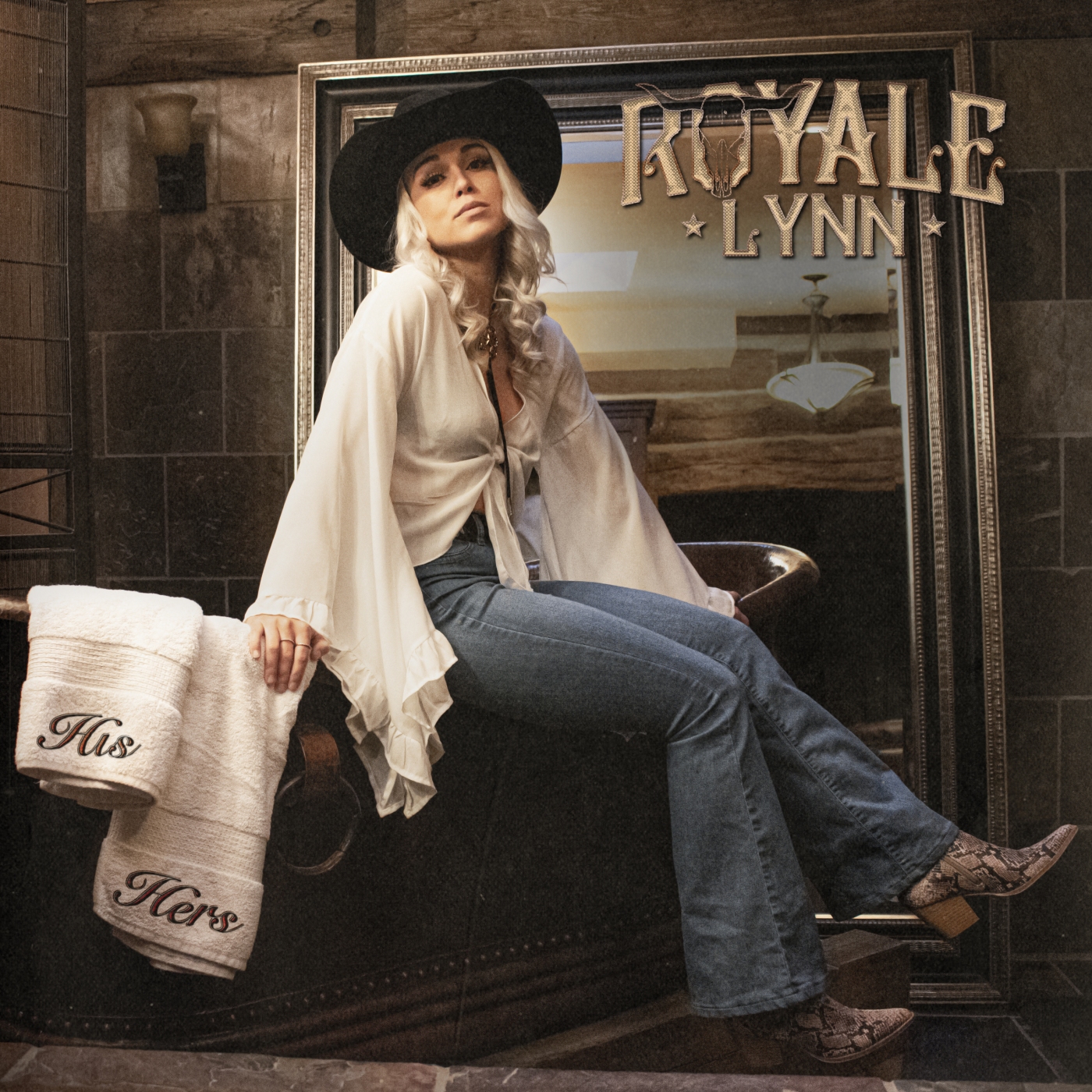 Every once in a while in the life of a songwriter, an idea comes along that stops them dead in their tracks. In rarer instances, an idea of that magnitude gets them moving faster than they were when it struck; such was the case for Royale Lynn and her new single, “His & Hers,” as the idea for the song interrupted a run and sent the Nashville-living singer-songwriter on a trek home to put it on paper.

With help from co-writers Joybeth Taylor and Hunter Girl, the song came together into what listeners were able to hear upon its release in early May.

“I was running one day, and this idea hit me like a freight train. I literally had to walk home because I couldn’t stop thinking about it. I brought it into the room with JB and Hunter, and they helped me bring this story to life,” Royale Lynn says. “I wanted it to be personal, so we did it in the perspective of a woman who kinda ‘made her bed and now has to lay in it.’ Which for us musicians who are constantly on the road, sometimes relationships take the backseat when you’re chasing your dream down the road. I seriously couldn’t have written this song without them!”

The strength of the song has struck listeners as well, as it is already closing in on 30,000 Spotify streams, along with thousands of listens and streams across platforms as well.

“The response to this song has been overwhelming! It means a lot to me to see the support I’ve gotten so far being an independent artist,” Royale Lynn says. “I am truly over the moon at how things are going for ‘His & Hers,’ and I hope the love for it only grows, because this song is so special to me!”

The first indication that “His & Hers” may be special that Royale Lynn was offered was seeing two videos of the song catch fire on TikTok, earning hundreds of thousands of views in rapid succession. She says that the platform has been a useful tool for herself as an independent artist in spreading the word about her music and getting her songs to new eyes and ears.

“TikTok is such a great tool for independent artists. I had no idea the amount of people using the app and how random ‘viral’ content is. The app is like a game; you have to put in the effort and engage with your viewers, and in return, you hope that one or two of your videos do well!” Royale Lynn says. “I was amazed at the response I got from my first ‘His & Hers’ video; SO many people were relating to the lyrics. That is the magic of a song in my opinion: using our own stories to help others heal! I think of TikTok this way: you have a platform that actually WANTS your content to go viral/get a ton of views, so why not use it to grow your audience?”

Royale Lynn says that as soon as “His & Hers” was finished, she knew it was the right follow up to her last single, “Rocket Man,” because of how strongly she felt about the newly-written tune.

“I wanted something honest and authentic to come after ‘Rocket Man,’” Royale Lynn says. “The day I wrote ‘His & Hers’ with the girls, I kinda just knew it was something I wanted to put my name behind and put out!”

With her two new singles now under her belt, Royale Lynn says she is proud of the work she has done to not only expand her sound, but to continue to expand how she writes as well.

“I think when we wrote ‘Rocket Man,’ I was really trying to explore different writing styles to ultimately grow my skills as a songwriter. I fell in love with that song the day we wrote it, and I knew that if I loved it, maybe my listeners would to,” Royale Lynn says. “I want to be the type of artist that is always growing and exploring new avenues with my music. I love writing, and I have really been able to express who I really am as a person through my last two singles!”

*”His & Hers” is featured on The Best of Pro Country playlist!*