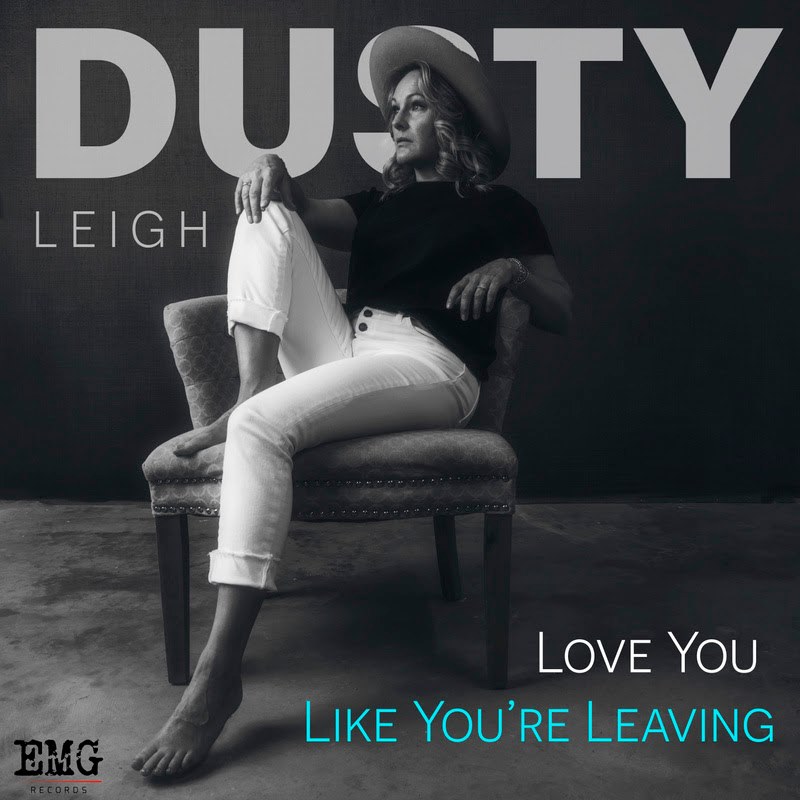 As much as pictures of a couple smiling can tell a story of a relationship, reality can sometimes tell a different story. Very rarely is a relationship running perfectly all of the time, in fact, sometimes, there’s a fight from both parties to make it work. That’s just love.

With her new single, “Love You Like You’re Leaving,” Dusty Leigh is tackling that outside-the-picture-frame struggle in a relationship. She recalls hearing one of the song’s writers, Ava Paige, play the song on social media the day it was written and immediately feeling that she needed to record the song.

“Ava posted the song on her Instagram page after writing it that day. I immediately fell in love with it. I loved it for all the ways it spoke to me. Relationships are hard and sometimes they fall off the rails, but if you love someone and you want things to work, you have to fight for it. Plus, I’m a sucker for those slow country ballads,” Leigh says. “After listening to about half of the song, I texted my producer, Chas Childers, (at 11pm at night!) and told him I’d found a song that I absolutely loved and HAD to record! As it turns out, he listened to the link I sent and realized one of the writers had already sent it to him to pitch. I call it fate.”

Though “Love You Like You’re Leaving” wasn’t initially meant to follow Leigh’s last single, “Take A Ride With Me,” the necessity of needing a song to release moved her newest single up the pipeline.

“Initially, I had another song selected to follow ‘Take a Ride With Me.’ It was a faster, upbeat tune, but I wasn’t satisfied with my vocal track, so I pushed the release back for it in order to give myself more time to re-record it,” says Leigh. “’Love You Like You’re Leaving’ was to be the third single release off my upcoming album, but we bumped up its release date to avoid a release gap.”

The last time we talked with Leigh, she was preparing to pack up and move from Idaho to Nashville after the success of her Roots & Dreams collection. She says that success, as well as the traction she and her band were gaining on stage, spurred her to make the life changing move.

“Idaho will always be ‘home.’ I was born and raised there and spent seven additional years there after my husband left the military, but in my heart, I knew it wouldn’t be my forever home,” says Leigh. “It provided what I needed in those moments, but I think there comes a time when you know it’s time to go. For me, that became apparent the summer of 2019. My band and I were at the top of our game; having played all local venues, out of town shows, festivals and every honky-tonk in between. I will be forever grateful for those experiences and the love and support I gained during my time in Idaho, but I knew I wanted and needed more. Idaho gave me the stability to venture out and do this music thing on a much bigger scale. It provided experience, connections, and the realization that I am not too old to chase my dreams.”

Now that she’s a Nashville-based artist, Leigh says she’s continuing to work on her new album and has more new music on the way.

“The process has been great! Now that I’m settled in Tennessee, I have dates scheduled to hit the studio and record the remaining songs for the album,” Leigh says. “I recorded songs before leaving Idaho so there wouldn’t be a huge gap in releases while we were moving, but now that we’re here, we have hit the ground running and have work to do!”

As September approaches, so does the first anniversary of the release of Roots & Dreams, Vol. 1, for Leigh, the first in a collection of three installments that changed her life. With nearly a year passed since its release, Leigh looks back with gratitude for the response it has and continues to receive.

“I don’t know if I could even put into words what the success of Roots & Dreams has meant to me. I think the flood of support that came when I announced I was moving was incredibly overwhelming. SO much love and support and a ton of ‘FINALLYs’! I really feel like that solidified my decisions and confirmed I was making the right choice,” Leigh says. “To this day, I am still incredibly humbled when someone buys a CD or downloads the songs. When I hear radio stations play them, I cry every single time. I’ve spent my entire life hoping that one day I would get to live a life full of music and being on stage, so to finally be living that life is truly incredible. It’s something I have never and will ever take for granted.

*”Love You Like You’re Leaving” is featured on The Best of Pro Country playlist!*

One thought on “Dusty Leigh Tackles the Fight to Make Love Last on New Single, “Love You Like You’re Leaving””