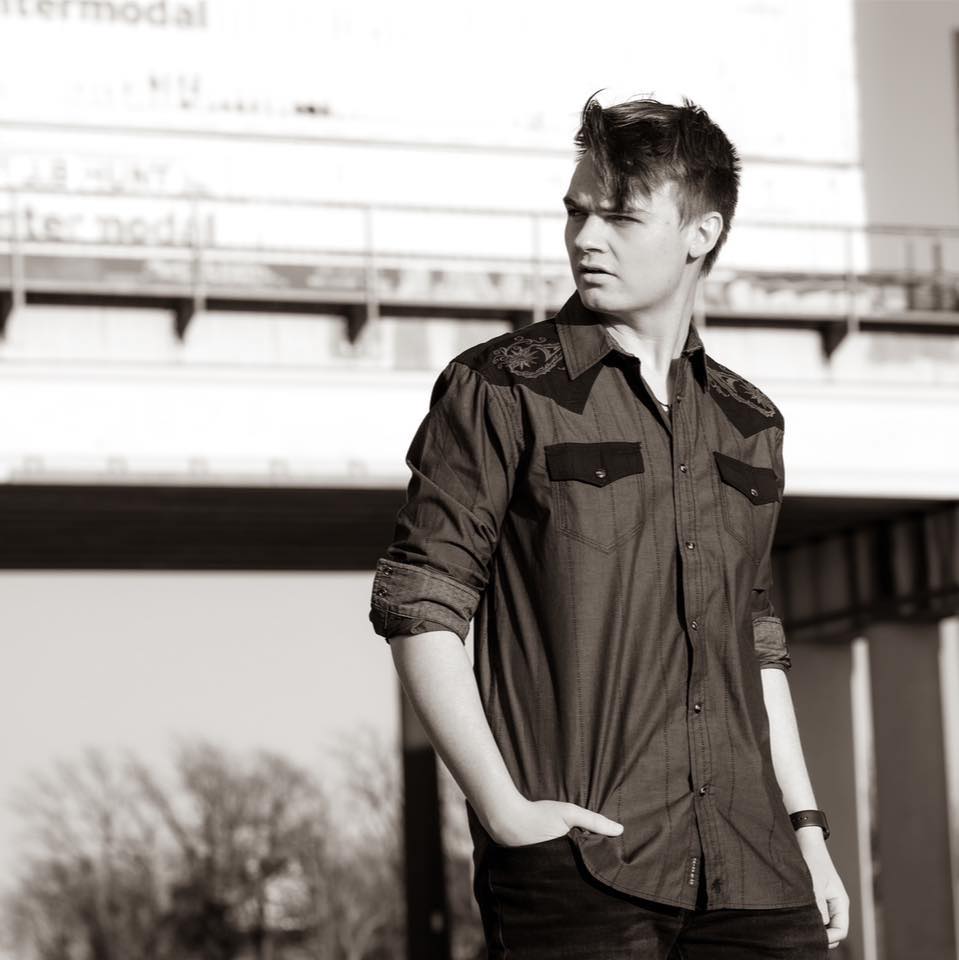 There’s something about home that always feels like just that: home. Regardless of how far away someone may travel from their upbringing, there will certainly be remnants of it left in their mind and in their heart. With his debut single, “This Heart Belongs in Texas,” Cameron James Smith pays homage to his West Texas upbringing and the “little things” that made home unique to him.

While his debut single is personal to his upbringing, the streaming success of the song proves that Smith was able to strike a chord with listeners, no matter where they call home. Admittedly, Smith hoped that listeners would be able to put themselves into the song, and so far, mission accomplished.

We chatted with Smith all about “This Heart Belongs in Texas,” as well as his early country and rock influences, hitting the road, new music and more!

Pro Country: Who were some of your earliest musical influences that had an impact on your sound?

CJS: My earliest musical influences were 80s rock and 90s country because my dad grew up on those genres. It felt like he couldn’t wait to show me and my brothers the music he grew up on, and we grew up loving it too! I love the story telling of 90s country mixed with the classic instrumentation of steel guitar and fiddle that was so prevalent in a lot of the music back then, and I hope to capture a piece of that in my music. I also love the driving electric guitars and drumbeats of 80s rock mixed with the soaring vocals of bands like Journey and Bon Jovi, so I try to add a little bit of that into my music as well!

CJS: It was so important! It was hard at times and often felt like a grind, but I wouldn’t trade it for the world. It’s easy to get into a mentality of always striving for the next big stage or the next big break and forgetting to enjoy the process. But looking back now, I’m thankful that I was able to learn and grow as a musician and performer through that time. Now I just try to remind myself to stop and enjoy the season I’m in, even when it feels like a grind to get to what comes next.

PC: What emotions were you feeling as you were preparing to release music for the first time with your debut single, “This Heart Belongs in Texas”?

CJS: I felt anxious about how it would be received, but also excited to start something new! Up until this release, my musical outlet was writing original songs but singing mostly cover songs with my band. We wrote “This Heart Belongs in Texas” in July of 2021 and decided to record it shortly after. It took about 6-7 months for the full process to be completed, so I was glad to finally be able to release it to the public and start this new journey!

PC: You co-wrote “This Heart Belongs in Texas” with Billy Christopher Dawson and Cathy Majeski. Can you take us in the room and talk about the inspiration behind the song?

CJS: It was incredible to write with Billy and Cathy. They are two very accomplished songwriters, and I was just thankful to be in the room with them, honestly. But this song actually grew out of another song I had written called “Town You’ve Always Known.” That song was a story about people leaving home to follow their dreams and realizing that no matter where they go, there’s no place like the town they’ve always known. I wanted to capture the feeling of leaving home and realizing that there is and always will be a part of me that belongs where I grew up.

PC: You’ve said that “This Heart Belongs in Texas” is a very special song to you because of what it represents. Can you talk about what the song means to you?

CJS: Immediately after I finished school, I was ready to hit the road and go somewhere else. But the irony is that when I left, I began to miss the place I had been all my life. For me, that was the West Texas Panhandle. I found that I even missed the little things like dirt fields, wind and tumbleweeds. And while that may seem odd, those things were part of my heritage. There are other small towns around West Texas that also feel like home to me. And many of those small towns have an old white church and a Dairy Queen, which has always been funny to me. But little things like that will always hold a special place in my heart and remind me of home.

PC: “This Heart Belongs in Texas” is already nearing 40,000 Spotify streams since its release. Is there a sense of validation that comes with tangibly seeing that success on your debut single?

CJS: Absolutely, but I’m more thankful that people have been able to connect with the message and theme of the song. For me, it’s always been about connecting with folks and hearing their stories. I want to release music with messages that people can adopt and make their own, and I’m so glad that for my first song, that has happened.

PC: What do you think it is about “This Heart Belongs in Texas” that has allowed it to connect with listeners the way it has?

CJS: I think we all have a place that feels like home to us or somewhere that we belong. I hope when people listen to “This Heart Belongs in Texas” that they overlay their own story onto the music. “This Heart” is my story, but I know that it’s also a common story that other people have. As people hear the song and make it their own, hopefully that allows them to connect with it on a deeper level.

PC: You released a stripped down cover of Journey’s “Faithfully” at the beginning of March. Can you talk about what drew you to record and release the song, as well as present it acoustically?

CJS: Growing up on 80s rock, I have always loved Journey. They have so many iconic songs. As a songwriter, I’m always moved by lyrics that paint a picture or capture an emotion. “Faithfully” is one of those all-time great songs that relate to people in a powerful way. It’s also been one of my favorite Journey songs to perform with my full band. But I had this idea for a country-style acoustic version of the song. We tried it and wound up really liking it! I’ve received a lot of great feedback on the song, which has been very encouraging. Usually, it’s risky to rework a song that’s already so well-known, so I wasn’t sure how people would receive it. But I think a lot of people have really enjoyed the change up musically, and it has been fun to release an acoustic arrangement of one of my favorite songs and see people rally around it again!

CJS: I am currently travelling around Texas and Oklahoma on a radio tour, which has been a blast! I’ve had the privilege of meeting some great people along the way. I will continue to play shows that we have lined up and I plan to release a couple more original songs in 2022. I am also continuing to write and develop new music for my first full-length album I hope to release next year.

*”This Heart Belong in Texas” is featured on The Best of Pro Country playlist!*