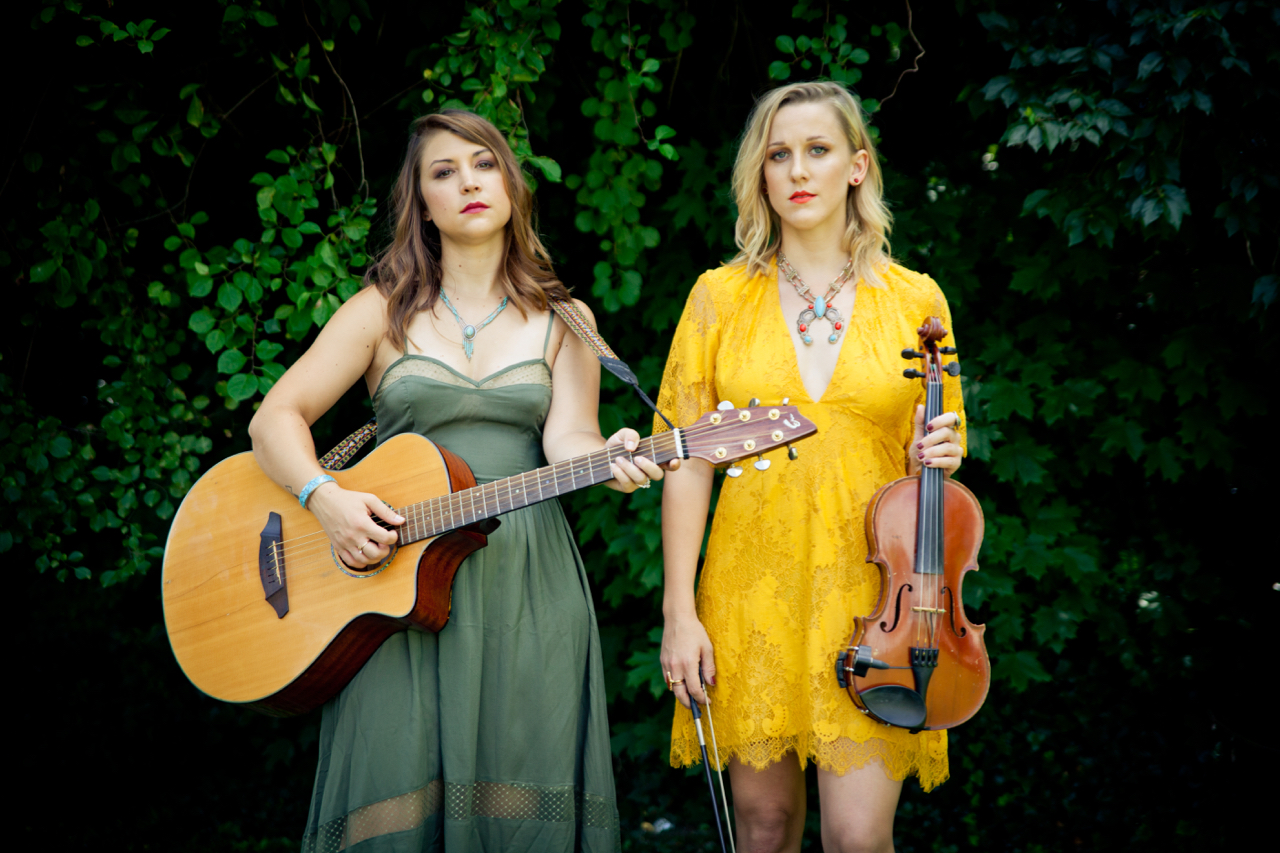 For five years, Hayley Prosser and Sara Zebley, known collectively as Steel Blossoms, have been blazing their path in the traditional country music and Americana formats.

After making a great first impression with their first EP, “Year Number One,” which was fully fan-funded, the duo released their debut album, “Country Enough.”

The success of their first two releases has lead the Steel Blossoms to signing with Billy Jam Records, which will release a self-titled album on April 26, capturing the band at their best, and allowing them to put all of their life experiences on display.

Before they release the album, hear from both Hayley and Sara about how they met, what fans can expect on the album, where they have grown the most since “Year Number One,” and more!

Pro Country: Can you talk a little bit about how you met? What was it about the chemistry that you felt together that drew you to create Steel Blossoms?

Sara: We first saw each other at an outdoor festival in the Pittsburgh, PA area. Hayley was 15 years-old and singing by herself. I remember her talking on stage about taking a trip to Nashville for the first time. I was 18, a freshman in college pursuing Music Education, and performing with my full band at the time. It wasn’t until a few more times of seeing each other after that day that we actually spoke and exchanged information. Years later, she auditioned for my band. It was instant chemistry between us on stage.

Hayley: The harmonies blended so easily and we quickly realized that we had something really special that couldn’t be explained. After 3 years of singing together in our band, we were at a crossroads in our lives. I was graduating from college with a teaching degree, and Sara was going into her 4th year of teaching. I always knew that I wanted to pursue music as a career, but when Sara and I started writing songs and taking trips to Nashville together, I knew that I wanted her to be a part of my future in music. We packed up our lives, shopped for an apartment, drove 500 miles away from our parents and created ‘Steel Blossoms’ the week we moved to Nashville in 2014. 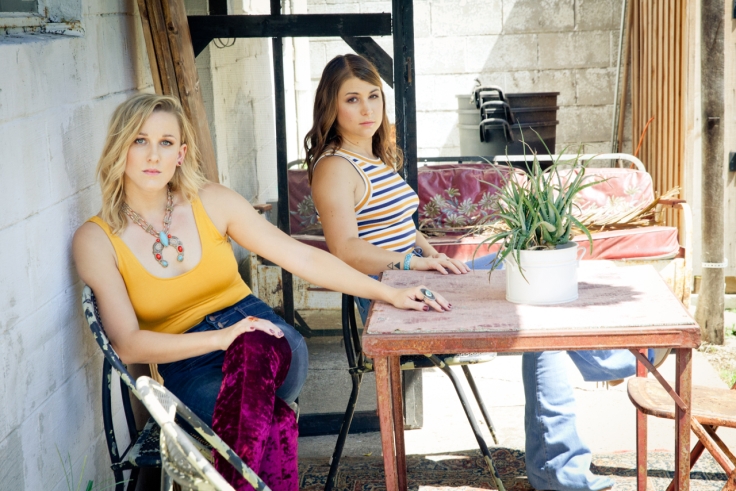 PC: What did it mean to you when your debut EP, “Year Number One” was fully funded by fan pre-orders? How important was that validation so early in the band’s career?

Sara: It’s so crazy- I remember it like it was yesterday. I remember Hayley and I contemplating whether it was even worth trying to do a crowd-funding campaign and thinking, “Will anyone even want to buy an album?” We tried it anyway, and we were shocked to see how many people truly cared about the journey we were on.

Hayley: It meant the world to get that validation so early on. It really opened our eyes to the power of music and relationships. These interactions early on also paved the way for how we viewed our career from that point forward.

PC: It has been five years since you released “Year Number One.” Where you sense that you have grown the most over that time?

Sara: Gosh, we have grown in so many ways. I think the biggest growth is personal growth. We have been through experiences, good and bad, that have shaped us into different people than who we came to Nashville as. These experiences have changed how we write songs, what our songs are about, and how we approach life.

Hayley: I’d have to agree with Sara. “Year Number One” was truly our first glimpse into songwriting and really exposing our personal lives to those who wanted to listen. It’s been really neat to see that fans have grown into friends and those friends have been there through our personal growth as well.

PC: How did the opportunity to sign with Billy Jam Records present itself? What does it mean to be the first act signed to the label, and to have been brought on by someone like Jerry Salley, who has had a great amount of success in the music industry?

Sara: We met Jerry Salley years ago at a corn bread festival in TN where both Jerry and Steel Blossoms were performing separately. An original song that he was performing drew us in, and we just had this familiar feeling with him instantly. It was like, “Yeah, he’s our kind of people!” That chance meeting led to a co-write, which led to a friendship. Jerry approached us with the idea to produce our next album a little over a year ago, and we were honored to record the album with him, as well as write a number of the songs with him.

Hayley: From there, it was kind of one of those “right timing” moments. Jerry happened to be starting a new job as the A&R person at a new bluegrass label, Billy Blue Records. He helped launch Billy Blue, and it was so successful that they decided to take on the launch of a brand-new Americana label, Billy Jam Records. Fortunately, we had just finished recording our album, and Jerry was able to present our music to the folks at the label. It wasn’t smooth sailing from there. It took a lot of research, thought, proving of ourselves, and discussion on both parts to get to the decision of having Steel Blossoms be the first Americana act on Billy Jam Records. When the decision was final after 7 months of discussion, we were all extremely ready and excited to sign that contract!

PC: What information can you give about the new album?

Hayley: The new album is self titled and set to officially release on April 26, 2019! There are 10 songs that we couldn’t be more proud of. We have already premiered a song called “You’re The Reason I Drink” on digital platforms (Spotify, Apple Music, Amazon Music, Google Play, iTunes, etc.) and all songs are available to pre-order either on iTunes or physically on www.steelblossoms.com.

PC: Why did you decide to re-cut “You’re the Reason I Drink” on the new record? What do you think it is about that song that has struck a chord with your fan base the way it has?

Sara: We re-cut it because of the crowd response at our shows. People love singing along with this one, and it perfectly fit the vibe we are going for now, even all these years later. We had a really old recording of it, so we wanted to create an updated version, even editing some lyrics to improve the storytelling. I think it resonates with so many people simply because everyone has at least one person in their lives that drives them nuts!

PC: What do you hope people take away from the new album after listening all the way through?

Hayley: I hope that listeners find meaning in each of the songs. We are all about the words.  Each song has a different purpose, but we hope that all of them make you feel something and make you think about life. Some songs will hopefully make you laugh, some might make you cry, a few might make you smile and think of a meaningful memory in your life. We basically hope that you’re emotionally exhausted when you’re done listening to the album!!

Sara: To the fans that have followed us since that first year, we are so thankful that you stuck by us all of this time. You’ve not only seen us grow in our personal lives and in our music, but you’ve grown with us and shared your lives with us along the way as well. These relationships are truly a beautiful thing.

Hayley: To new fans discovering our music for the first time- welcome aboard! What you see is what you get. We are just regular people trying to tell our truths through music, and we can’t wait to share it with you. 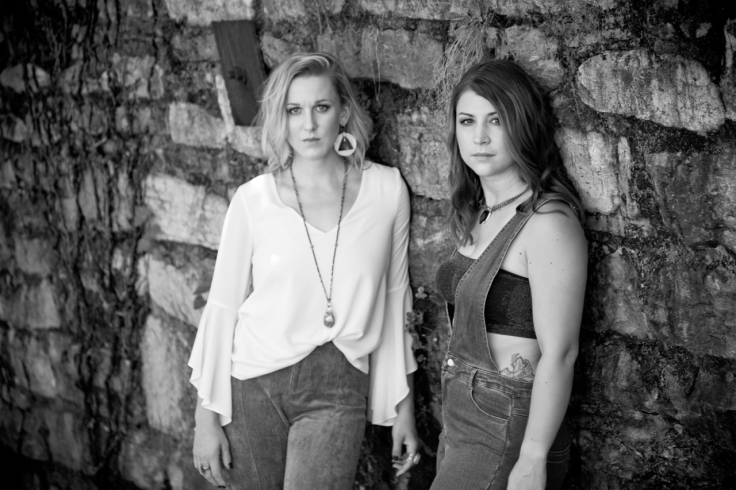 *All images courtesy of Steel Blossoms*