In an era of country music that focuses more on ball caps and drum loops than cowboy hats and steel guitars, it is refreshing to hear the familiar sounds of what makes country music “country” in 2019.

Donice Morace didn’t just succeed in doing so, he made it a priority on his debut album, “Long Live the Cowboy.”

After introducing himself with his stellar self-titled EP in 2017, Morace “saddled up” and doubled down on the effort with his album.

Hear from Morace all about the album, the songs on it, how he’s grown since his EP, and more!

Pro Country: You had solid success with your self-titled EP. Was there any kind of pressure as you were putting together “Long Live the Cowboy” to achieve the same or greater success with the album?

Donice Morace: Well sure, you always want to strive to do better in anything you do. I think we showed some growth and maturity on these 11 tunes thanks to having experienced some success with the original EP.

PC:  “Man in the Moonshine” is a strong start to the album. What drew you to have that song kick off the record?

DM: It was so cleverly written. Clint Daniels, Jeff Hyde and Driver Williams wrote it, and lyrically, it caught my ear. Musically, it sounded like a great live show opener for me. The style fit me well.

PC: “Long Live the Cowboy” is one of the standout songs on the album. How closely do the lyrics of that song mirror your life? Why did you decide to name the album after that song?

DM: “Long Live The Cowboy” is a song I’ve had for a while. My buddies Mark Nesler, Mike McQuerry and David Reed wrote it. I liked the way they described a Cowboy; not what he looked like, but his character. And yeah, it hit home to me because I strive to have the same virtues.

PC: “Saddle Up” has gotten a great reaction. What drew you to record that song?

DM: “Saddle Up” was written by the same writers as “Long Live The Cowboy.” I strongly felt those two songs need to be together. It also reminded me of a cowboy buddy of mine that had passed away not long before we recorded the album.

PC: “The Blues are Alive and Well” is my personal favorite on the album. How did you hear that song, and what drew you to add it to the record?

DM: “The Blues are Alive and Well” is a Shane McAnally, Jim Brown and Erin Enderlin special. I’m such a huge Keith Whitley fan, and this was a tip of the hat to him.

PC: What do you hope listeners take away from the “Long Live the Cowboy” album after listening all the way through?

DM: I hope after listening to the album all the way through, folks will come away thinking country music isn’t dead. There’s nothing wrong with putting cowboy back into country music. And yes, heartaches still sell.

PC: What went into the decision to release “The Blues are Alive and Well” as the lead single from “Long Live the Cowboy”?

DM: It’s odd putting out a slow song in the summer, but we were really afraid someone else would hear it, record and release as a single before we had a chance. Pouring alcohol on heartaches will never go out of style (laughs). 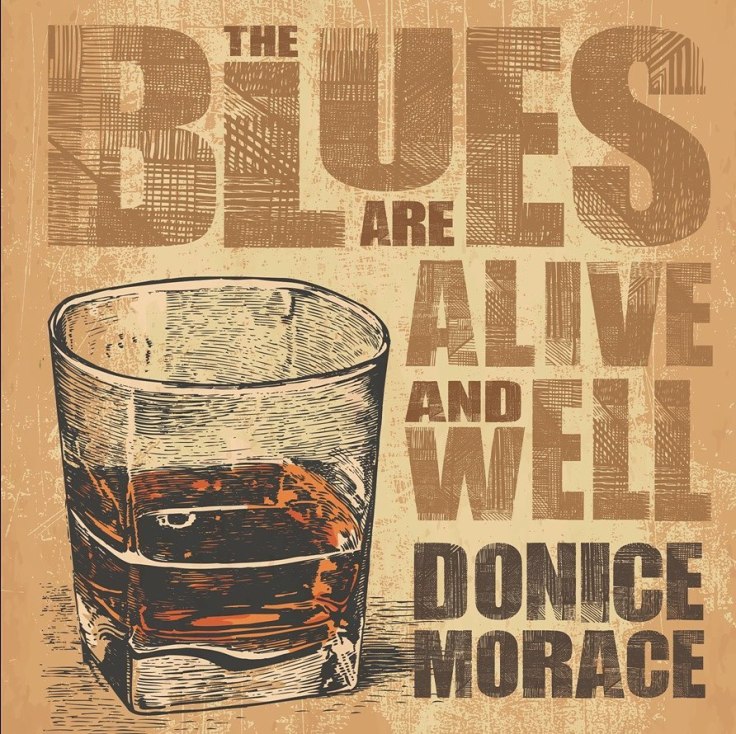 PC: As with your self-titled EP, Trent Willmon served as producer on “Long Live the Cowboy.” How has working with Trent allowed the music to come to life?

DM: Trent is an amazing songwriter, producer, and all around guy. He knows when to beat me up and when to lift me up (laughs). But honestly, he’s so genuine that you just trust what he feels and says. I look up to that man so much.

PC: It’s been about two years since you released your self-titled EP. What did you learn from that experience that helped you with the process of putting together “Long Live the Cowboy?

DM: I learned a few things from the original EP that helped with this album. I learned to try to never have fillers. Fans deserve your best effort with every song when they buy your album. You learn how to be a little more efficient with time and money. I learned to just be true to yourself when picking songs; don’t pick what’s trendy, or what you think certain people want to hear. If it’s real to you, it’ll show.

PC: The album features a few different sounds, ranging from pure, traditional country to western swing to a few contemporary sounds. Was it at all important to you to have that versatility on the album?

DM: I didn’t really set out to have a versatile record. I just wrote and picked songs that signified what country was to me. Growing up in Beaumont, TX., you have so many country influences to draw from. Sometimes it’s just honky tonk, four on the floor, sometimes it’s maybe swingin’ a little. But it’s still all country music to me.

PC: Along with promoting “Long Live the Cowboy,” what are your plans for the rest of the year?

DM: It’s my mission this year to cast a wider net in booking shows than I have in the past. I’m to the point where I’m ready to play everywhere. So yeah, you could say that’s our main focus. I’m hoping this album is helpful in achieving that goal. I’ll always keep it country.