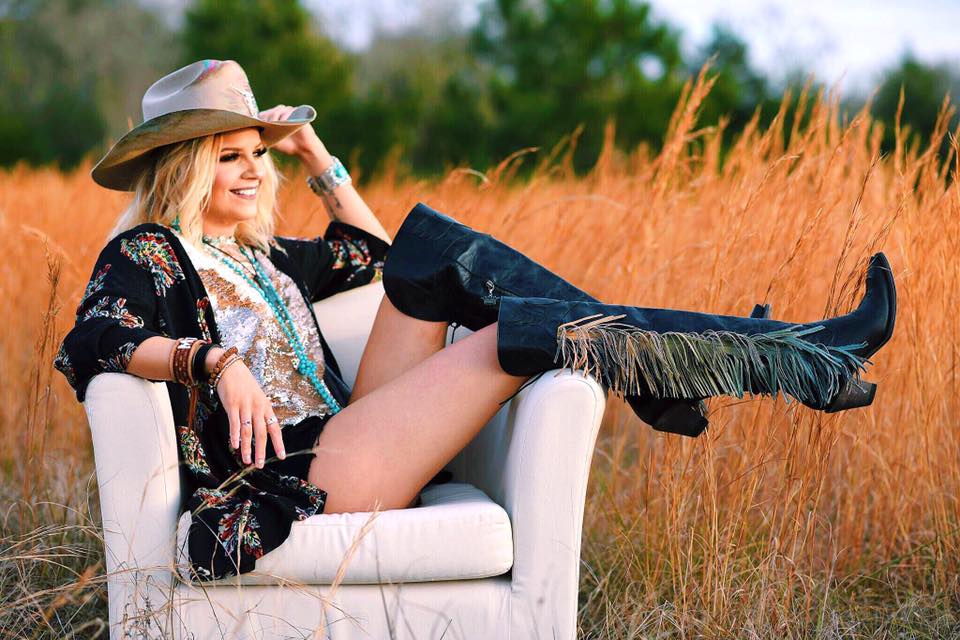 There’s just something about an real, honest song that hits home every time. When the listener can truly “feel” what the artist is saying, it allows a song to pack that much bigger of a punch.

Madison Paige has made that level of honesty her goal, tackling tough, personal subjects ranging from bullying to being “catfished,” and gaining a loyal following that admires her for who she truly is, not what someone might see from the outside looking in.

Read along as Madison details her approach to songwriting, trying out for The Voice, her empowering songs, and more! 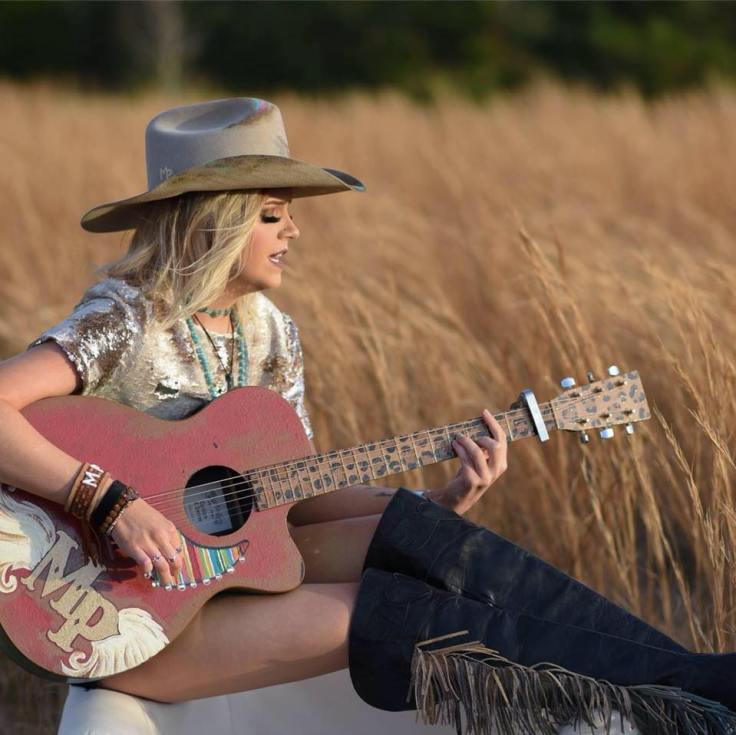 Madison Paige: My biggest influences as a little girl were Carrie Underwood and Miranda Lambert. As I grew older, it became Kelsea Ballerini, Kaitlin Butts, and Ashley McBryde. I never stopped looking up to Carrie and Miranda, I just added to it. I have five women I look up to now.

MP: I personally never had a moment where I was like ”Hey! I wanna do music full-time.” It was over a couple of years I began to realize it. The moment my parents realized it was in Kindergarten when the power went out at the talent show. I hopped off stage and walked into the audience with no microphone and remained singing my song. My music teacher at the time told my parents, ”Don’t force her to do music but, guide her in that direction. I can teach someone to sing but, I can’t teach stage presence.” I still thank him to this day for telling my parents that. It’s the reason I am able to do what I want to today. 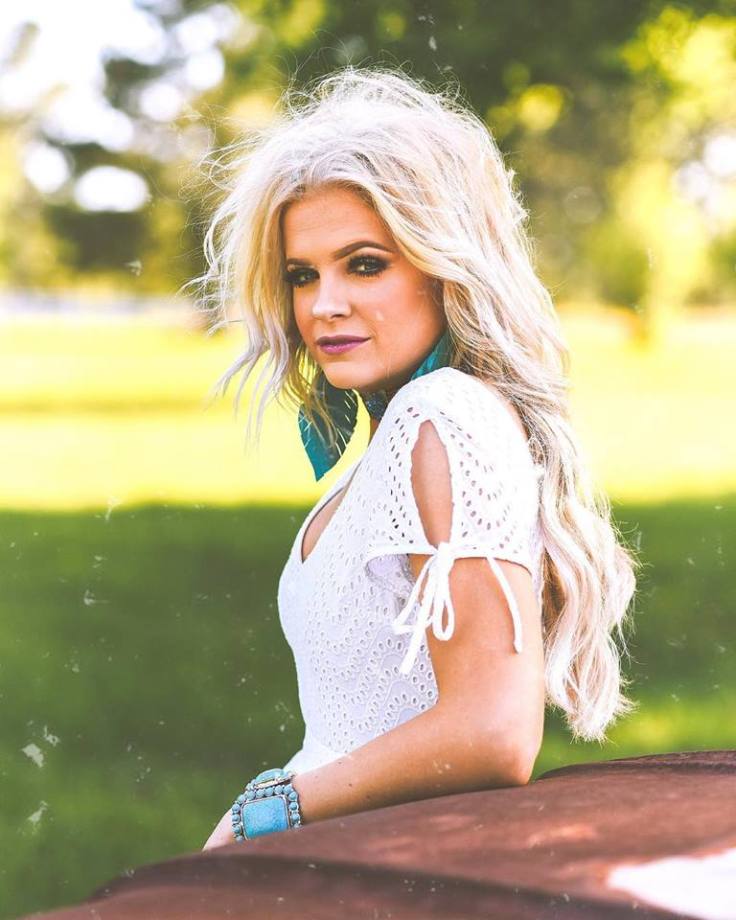 PC: You tried out for The Voice during season 12, making it to the blind auditions. As a performer, what is it like to sing for artists with the collective success of Blake Shelton, Adam Levine, and Pharell?

MP: I really got nervous. I have never gotten nervous in my life when it comes to music until that moment of being on stage in front of them. I remember having to tell myself to breathe. There was no reason to be nervous.

PC: Though you didn’t turn any chairs on your blind audition, you took your experience on the show as a positive. How were you able to do that? Did your success with the show give you any level of artistic validation?

MP: Not getting a chair turned was a sigh of relief. I originally didn’t want to go, and I finally decided okay, let’s just see how this experience goes. Coming home, I soon realized that it was a blessing in disguise. The whole ”Voice” experience is overwhelming, fast, and stressful. It is completed in 3-4 months. So, if you are the winner, you are going from zero to a hundred very quickly and not getting the enjoy the process. I love the process of having the ups and downs with my career. I have the grind that keeps me going. With that said, The Voice wouldn’t allow me to enjoy the ride on making it to the ”success-point.” I wouldn’t get to enjoy the process, like I’d want to. 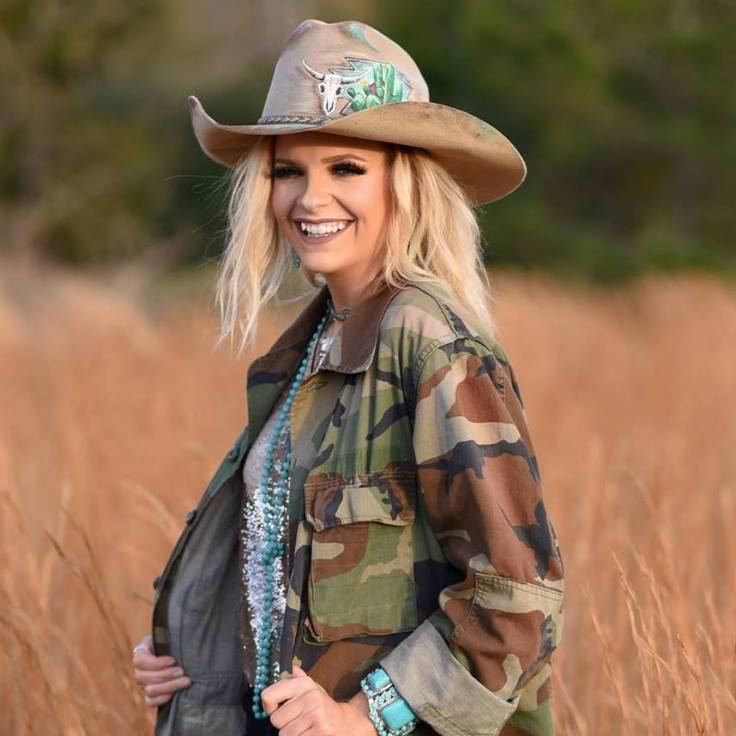 PC: Given the song’s heavy and personal subject matter, was “Stand Tall” a hard song for you to write? Was it cathartic for you to share that message as your debut single?

MP: I am so blessed you are asking about my song ”Stand Tall.” I was bullied for six years. I had a friend who almost committed suicide, and that was what initially triggered the song to be written. I had so much built up from the things people would say and do to me. This song wasn’t easy to write. Although it took a whole five minutes to write, it was difficult to pour my heart out. I am most proud of how versatile the song is.

PC: You have gotten great responses to “Stand Tall” since its release. What do messages from fans about the song mean to you?

MP: The responses to my song ”Stand Tall” have been unbelievable. The ones that hit me the hardest is the young little fans. I had a little boy whose father had brain cancer at 26, and this little boy was 7. The whole situation never hit him until he was in school. He was crying and asked the teacher to listen to my song, the teacher let him. He began to put his head on his arms and just began to rock himself to my song. Hearing that blew my mind and sent an unbelievable amount of chills up my body. To think a seven-year-old boy can comprehend my lyrics to MY song. It is absolutely a blessing. I am so glad I made the call to release it as a single, and my first one at that.

PC: What do you hope listeners take away from “Stand Tall”?

MP: My biggest goal with my single ”Stand Tall” is that no matter what you or someone is going through, just don’t give up, and just Stand Tall! It’s an empowering line that I live by, and actually got as my first tattoo. It helps me through so much, and I pray it is enough to help someone in such a dark spot as well.

MP: As an artist, you have to learn the ropes and for me, I had to learn to stand out. ”Lace and Pearls” was a unique title and EP. The songs all had a unique title and storyline. The EP obviously had to as well. I sat down one day and was like ”Crap! I’ve got to find a title for this EP.” I chose the title that I did because of my wardrobe for the stage for the longest time always involved Lace and Pearls. I felt it was fitting and appropriate for me.

PC: Your newest single, “Tell Me Why” has performed very well since its release. Can you talk about the inspiration behind that song?

MP: ”Tell Me Why” is a rather interesting story. I was ”catfished,” so someone took another man’s photos and I thought I was talking to the man in the photos. The man in the photos though ended up having bad depression and committing suicide. I was torn and rather lost. I went through a hard depression for a few days. I wouldn’t even pick up my guitar. This all happened on the day before Valentine’s Day. I learned a lot from it, and also learned that the good Lord did that to me for a reason; to make me stronger and produce such a great song, like I did.

Through the whole process, I was left sitting on my tailgate for multiple nights, all done up and ready to go out dancing, on a date, or just to go to the movies with the ”guy” I was supposedly talking to. It was the best foundation for a well-written song. I took full advantage. Even though I cried writing it multiple times, I wouldn’t change a thing about the whole experience.

PC: Throughout your catalog, you have tackled a lot of personal topics and really opened yourself up for your fans. What is it about yourself that allows you to be so open, and at times, vulnerable, in your songwriting and performances?

MP: If there is one thing I hate as a fan of others’ music, it is not being forward, open and honest with your fans. My biggest goal with my career is to give my fans a look into my personal life on what I do when I’m not singing or writing; to share the hard times, because the biggest thing with social media is these followers gain a complex of ”Man, I wish I was a pretty as her, I wanna be just like you, She is so perfect!” I hear it more times than I’d prefer. The word ”perfect” responds a negative connotation. We wrap our heads around being perfect because we think someone else is. When in fact, I am not. I give true insight into my life because I want people to see I am just like you! I go through brutal times, I battle with anxiety and depression just like you, I battled with suicide just like you. I don’t have a ”perfect” life, I have a life that is most certainly bumpy, but I love it. It makes me who I am. Opening up to my fans is so major for me. I remember posting how my writing and performances would ALWAYS remain truthful. 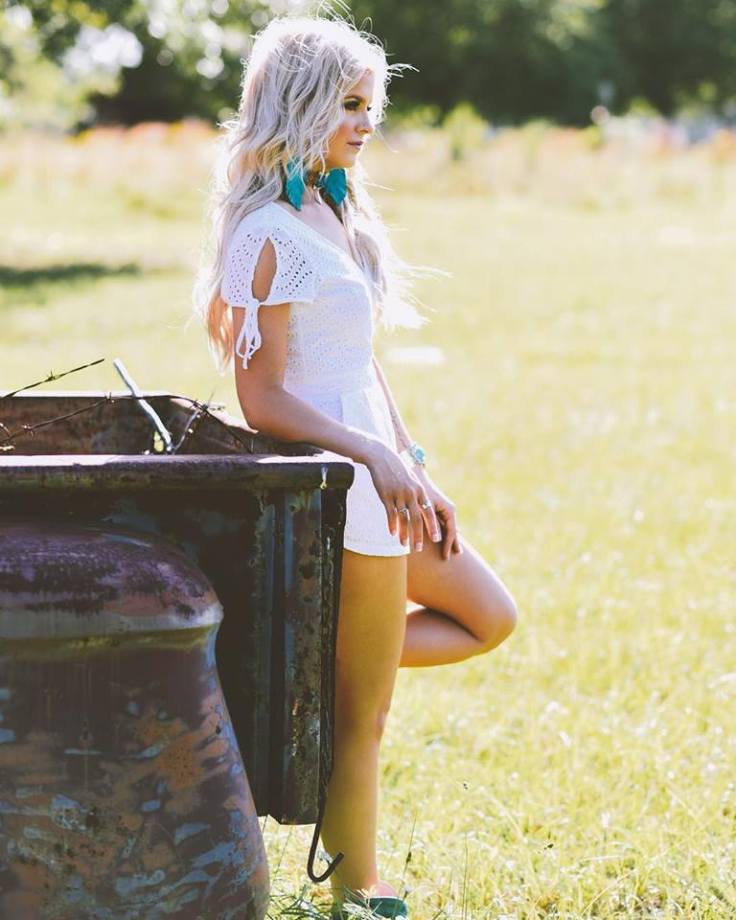 PC: You have mentioned that you will begin working on a new full-length album this year. What can listeners expect to hear on the album?

MP: A full-length album is definitely the goal, but it is such a pricey project. I don’t know if it’ll happen this year or if it will most likely be in 2020. But, they can expect storytelling, truthful songs, a well-written push through album and lots of me in it. I am still in the process of writing for this too. I don’t want to have one song that washed out the album. I want it to push through in its entirety.

MP: My plans for 2019 are to get to booking a lot of shows, accomplish a lot of big things with my career, and hopefully get a steady band back together and start doing some mini-tours with it. 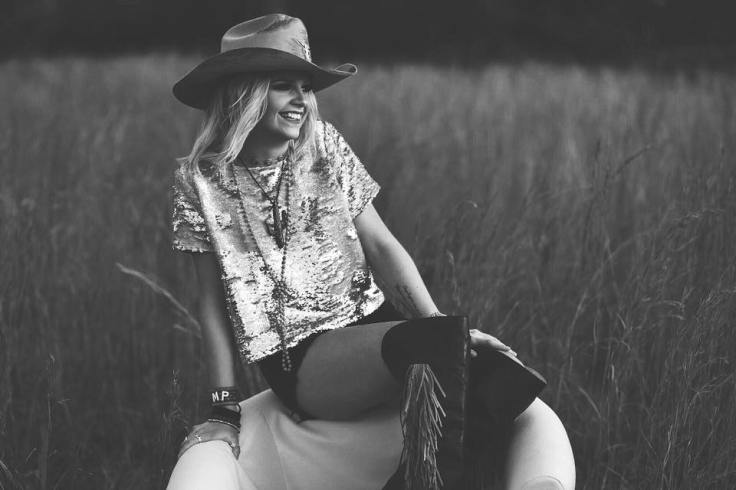