Love can be bliss and love can be a struggle, and on her new single “Double Edged Sword,” Greenville, North Carolina native Kasey Tyndall explores both of those spectrums.

Accompanied with loud drums and louder guitars, Tyndall delivers a powerful vocal performance of being stuck in between and being cautious. Also serving as a co-producer for the first time, Tyndall took a more hands on approach to make her new single the best that it can be, and she did just that.

Read along as Tyndall discusses her diverse influences, the moment she knew she wanted to pursue a career in music, the success of her debut album Between Salvation and Survival, all about “Double Edged Sword” and more! 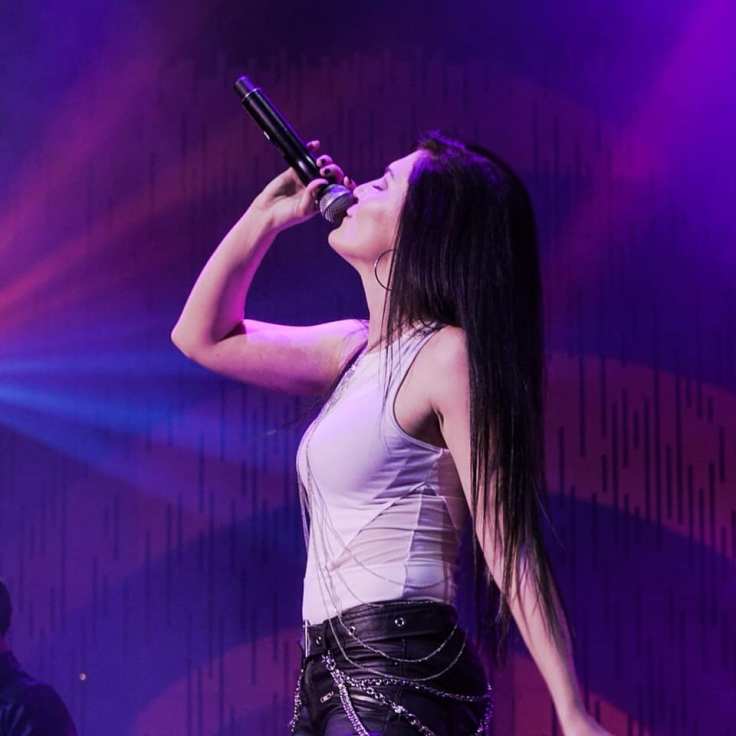 Pro Country: Sonically, your music draws from a lot of different styles and genres and blends them together. Can you talk about the influences you draw from to create your sound?

Kasey Tyndall: When I was growing up, my influences were Rhonda Vincent, Alison Krauss, Joan Jett, Pat Benatar, Avril Lavigne and Miranda Lambert playing in the car. My mom loved country and rock, and my dad only played country and bluegrass.

PC: When did you realize you wanted to pursue a career in music?

KT: When I was in college to be a nurse, I worked three jobs and played a little music on the side. Music was my passion, but I knew there were so many people trying to make it in music that I decided to play it safe until I won a contest to sing with Keith Urban in Raleigh, NC. My friends and family made me audition through a country station, 94.7 QDR, and I won. I was shocked! After I sang with Keith, it quickly became my career. I will always be so thankful for that opportunity.

PC: You left school to move to Nashville to pursue your music. What emotions are going through you when you made that decision? Is there a level of pressure you put on yourself to have a certain level of success?

KT: Leaving school and moving to Nashville was terrifying. Luckily, my family was on board and they were a driving force for me to push through the first couple of years. I felt pressure only because I didn’t want to let my family down after making the decision to drop out of college.

PC: Your debut single “Everything is Texas” was featured on the Wild Country Spotify playlist was a top 10 video on CMT and is still one of the signature songs in your catalog. Is there a level of validation that comes with having that success with your debut release?

KT: “Everything is Texas” changed my life. It definitely gave me the validation I needed to convince myself that I was good enough and that could do this.

PC: “Bar That’s Open” was another song that performed very well for you, and was co-written with Ashley McBryde and Lainey Wilson, and features a more contemporary feel than the rocking style of “Everything is Texas.” Was it at all important for you to showcase a level of versatility in your sound with those early releases to set a tone for what was to come?

KT: I think my team and I captured all of me in my first record. You get the rocking side and the country side. I think it’s important to always give elements of both in my music. It keeps me true to me.

PC: Your debut album Between Salvation and Survival features a mostly high-energy vibe across the album’s 10 tracks. Can you talk about the sonic and lyrical goals you set when making the album and what its success has meant to you?

KT: I’m so proud of my record. I think we did a great job of capturing my personality sonically and lyrically. My goal for both was to just be myself.

PC: Can you talk about the inspiration behind your new single “Double Edge Sword”?

KT: I wrote “Double Edged Sword” with my best friend Lainey Wilson and Jason Nix. The idea was Lainey’s. She made the comment during our write that love can sometimes walk a fine line between beautiful and poisonous. Jason started tracking some really cool guitar parts that you hear in the song and it was born.

PC: You served as a co-producer on “Double Edged Sword” with Jason Nix and John Palmieri. How important is it for you to have a hands on approach to the music you are making?

KT: This was my first time being listed as a producer on one of my songs. In the writing room, Jason and I would come up with guitar parts (I would just hum them and Jason would play it because he is amazing) and then we took it to the studio and brought it to life with some of Nashville’s best musicians and John Palmieri. It’s very important to make sure that my songs are the best they can be. That’s all that matters to me.

PC: You’ve written with Ashley McBryde, Lainey Wilson, as well as members of The Cadillac Three and Eric Church’s Band. What can you take away from the experience of writing with artists of that caliber that helps you with your own craft?

KT: I love pushing myself with writers like them. It makes me better at my craft and keeps me on my toes. I feel so honored every time I get to sit in a room with them.

PC: Along with promoting “Double Edged Sword,” what are your plans for 2020?

KT: I am very excited for 2020. I have big news, more music coming and more tour dates on the way. Stay tuned for a new single called “Jesus and Joan Jett”!