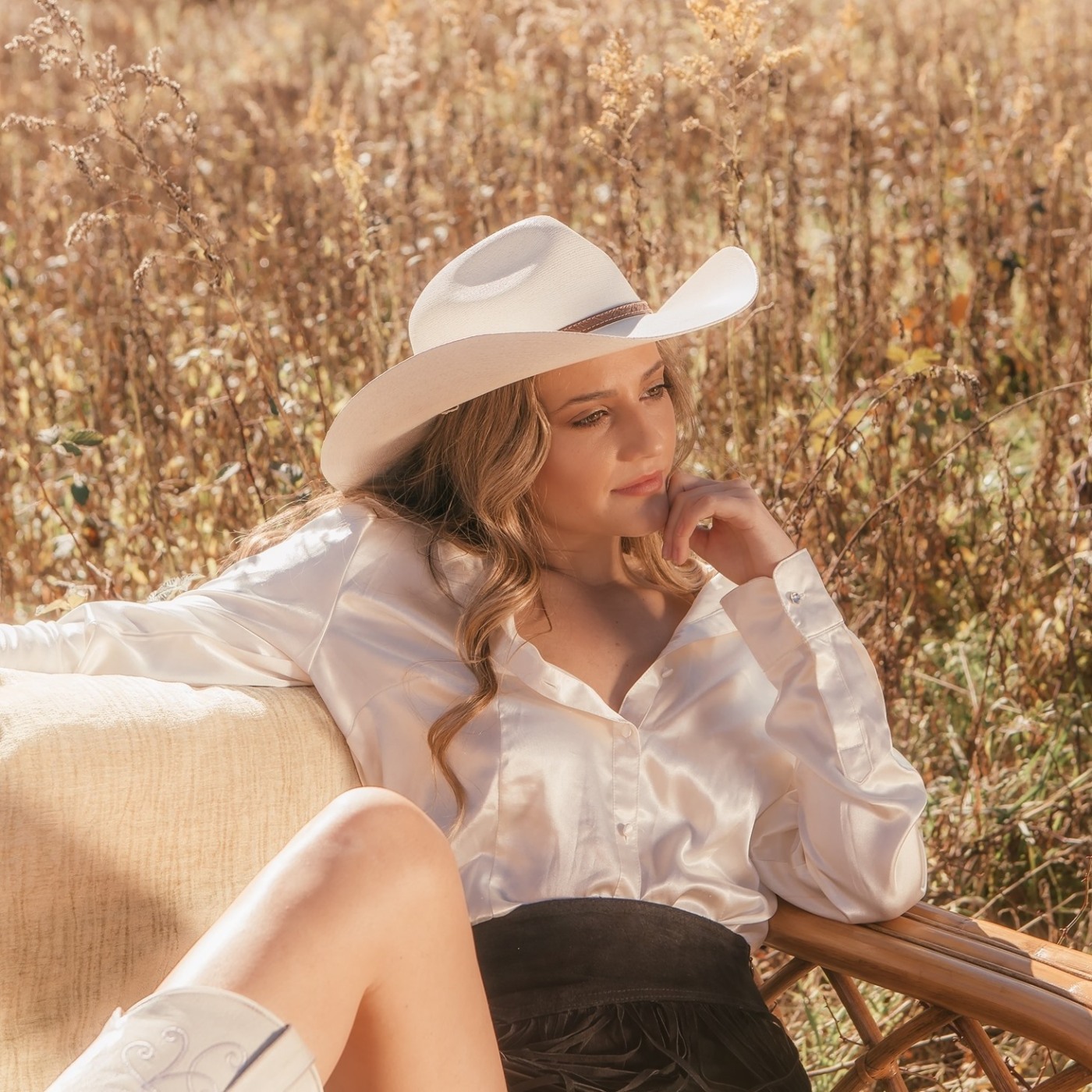 Mason’s life changed when she posted a video to TikTok where she played a song she had written about her ex-boyfriend for him, sitting together in a car. As he comes to the realization the song is about him, he opens the door and exits. Little did she know, that video, which has earned over 13 million views, opened a door and allowed her to enter into the country music community. That song she played, “Far Boy,” was released just a few days later, and quickly found its way to charting on both the iTunes country and all genre charts. Not a bad introduction for an artist and their debut single.

Fast forward to July and “Far Boy” is quickly closing in on one million streams, and most recently, Mason released a reimagined version of the song, a duet with Austin Burke, that offers a male’s perspective on the song, equipped with a moving music video the really drive the new version home.

We chatted with Mason about her early start in music, all about the rise of “Far Boy,” how she’s used TikTok to her advantage, her plans for new music and more!

PC: Who were some of your earliest musical influences that have shaped your sound?

PC: You began performing in a classic rock cover band at just 11 years-old. What was it about performing that connected with you so early in your life?

LMM: I loved that feeling when people connected to what I was singing. Giving people a feeling that they are heard and seen is something I want to do with my music for the rest of my life.

PC: At what point did your early interest in music and performing translate into wanting to and realizing you could pursue it as a career?

LMM: When I was in the rock cover band was the moment, I knew I wanted to pursue music as a career.

PC: You spent a year at the Berklee College of Music before transferring to Belmont University. What were you able to take away from being surrounded by so much collective talent and from the instructors at both schools?

LMM: It definitely made me feel like a little fish in a big pond, but then I realized it’s not about comparing your talents to others, but finding what makes you unique.

PC: You posted a video on TikTok  where you played your debut single, “Far Boy,” for your ex, which has since been seen more than 13 million times organically. Can you talk about having the idea to make the video and what it was like for you to see the video go viral so quickly?

LMM: After I filmed that video, I did not think it would do what it did, but I am so grateful to all the people who connected with song. So many people shared their own personal stories with me, and it means so much.

PC: Can you take us in the writing room and talk about the inspiration behind “Far Boy”?

LMM: I wrote this song with three other girls in town; Kaylin Roberson, Kelsey Lamb and Royale Lynn Haldenby. We had all shared a similar experience in regard to relationships that we have had in the past. Every line of the song comes from a very honest place and holds a lot of meaning for all of us.

PC: At what point in its journey did you realize how special of a song “Far Boy” was and what it could potentially do for your career?

LMM: Right after I wrote it, I knew it was special. I could not stop listening to the voice memo on my phone and knew we had written something special.

PC: “Far Boy” charted on both the iTunes country and all genre charts, and is quickly closing in on one million streams on Spotify. What kind of validation comes with being able to tangibly see all of the success that a song you wrote and sang has had so far?

LMM: It definitely is such an amazing feeling, but I try not to let the numbers get to me. As amazing as it is to see the success, I am just more excited about all the new music I have to share and having an audience to share it all with who is just as excited to hear it!

LMM: After meeting Austin, I felt like he would be the perfect fit to shed light on the male perspective. This song means a lot to me and I am so happy I was able to do more with it than I had ever imagined.

PC: After all of the success you’ve had with “Far Boy,” is there a level of pressure you feel, internally or externally, to match or surpass its success with whatever will follow?

LMM: I definitely put a lot of pressure on myself. I think there is a standard now of what people expect me to do, but I am confident in myself and the music I am creating.

PC: You’ve posted two videos of yourself covering Dan + Shay songs, and both have received praise from one or both members of the duo. Can you talk about the emotions you feel when one of the biggest acts in the genre tips their cap and shows love for what you did with their song?

LMM: Having their support means everything to me. I have looked up to them for a while now, and just their support has been so incredible.

PC: We’ve talked about how the “Far Boy” TikTok video opened the doors for you musically. How useful of a tool is the TikTok platform for artists and how important is it for artists to use it to their advantage?

LMM: It can be super important for many artists. It started the trajectory of my career and is a great platform to share music, content and anything going on in my life. It’s not as easy as it looks, as creating this content takes time, but it’s a great way to personally connect with my audience.

PC: Of the things you can control, what are your plans for the rest of the year?

LMM: Music, music and more music. I have been working on so many insane projects and I am so excited to start sharing them!

LMM: Thank y’all so much for having me and being part of my journey. All the support is so appreciated!